London: The chairman of Russia’s Lukoil, one of the few companies to criticise the war in Ukraine, has died after falling six floors from a Moscow hospital window in the latest a string of high-profile business executives to die in mysterious circumstances.

Ravil Maganov, one of the longest-serving executives at Russia’s second-largest oil producer, had “passed away following a severe illness”, the company confirmed on Thursday evening AEST. State-linked media, citing anonymous law enforcement sources, said he was being treated at Moscow’s Central Clinical Hospital for heart problems and his death was being treated as suicide. 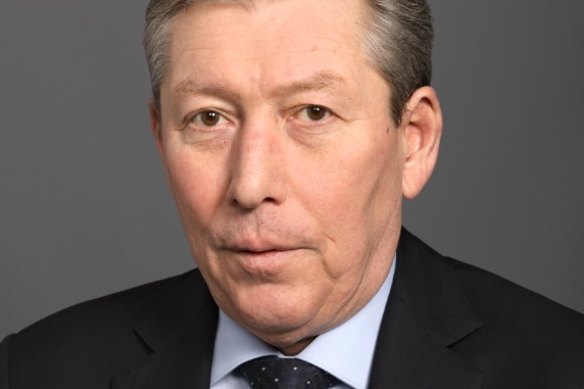 Mash, a media outlet with close ties to Russia’s police, reported he had recently been diagnosed with depression and was taking antidepressant drugs. It quoted sources saying he had fallen out of a window. Sources close to Maganov told Reuters it was “highly unlikely” he would have committed suicide.

Another outlet Baza, said Maganov had fallen after climbing onto a windowsill to smoke. It said a pack of cigarettes had been found at the scene and that no CCTV was available because cameras had been turned off for repairs. He did not leave a suicide note.

The hospital, known as the Kremlin Clinic for its treatment of patients from Russia’s political and business elite, confirmed Maganov’s passing to state-run news agency RIA Novosti without disclosing the circumstances of his death. It is the same hospital where Mikhail Gorbachev, who ruled the Soviet Union from 1985 until its breakup in 1991, died earlier this week.

Lukoil took a stand over Moscow’s intervention in Ukraine in a March 3 statement, expressing its “deepest concerns about the tragic events in Ukraine” and “sincere empathy for all victims, who are affected by this tragedy”.

The company’s board of directors expressed its concern over the “tragic events” in Ukraine and called for the “soonest possible end to armed conflict” via negotiations.

While the statement refrained from criticising President Vladimir Putin personally the call to end the war was rare among Russian corporates which have, with few exceptions, stayed silent or rallied around the flag since Putin sent the economy into freefall by invading Ukraine.

Its billionaire president, Vagit Alekperov, resigned in April after the British government imposed sanctions on him in response to the invasion.

Several other senior executives with ties to Russia’s energy industry have died suddenly in unclear circumstances in the past few months. While Russia has among the highest suicide rates in the world for men, their deaths have roused suspicion that they fell afoul of the Kremlin.

The day after Russia sent its forces into Ukraine in February, a Gazprom executive, Alexander Tyulakov, was found dead in his garage near St Petersburg, Russian media reported.

In April, a former vice-president of Gazprombank, Vladislav Avayev, was found dead with his wife and daughter in their Moscow flat. Police said Avayev probably killed his family in a murder-suicide but have not named a possible motive.

A day later the body of senior executive at gas producer Novatek, Sergei Protosenya was found hanged in his villa in Spain alongside his wife and teenage daughter, who had been stabbed to death.

Police also concluded Protosenya killed his family before hanging himself, according to Spanish media, despite finding no suicide note or fingerprints on the murder weapons. Protosenya’s son later said he believed his father was murdered.

In May, a former Lukoil tycoon Alexander Subbotin died of heart failure, reportedly after seeking alternative treatment from a shaman, who practised esoteric medicine with toad venom, cockerel blood, and “the help of spirits”.

Mash reported Subbotin had visited the couple “regularly” and was there for a séance to cure him of a hangover. When Subbotin suddenly fell ill, the shaman gave him a valerian root tranquiliser and left him in a basement instead of calling an ambulance, it said. Police have since opened a criminal case.

Maganov had worked in Lukoil since 1993, Russia’s biggest private company, shortly after the company’s inception and had overseen its refining, production and exploration, becoming chairman in 2020. His brother Nail is the head of mid-sized Russian oil producer Tatneft.

In its statement the company said it was down to Maganov’s managerial talent that it had evolved into one of the world’s largest energy firms.

“Ravil Maganov immensely contributed to the development of not only the company, but of the entire Russian oil and gas sector,” it said. “Lukoil’s many thousands of employees mourn deeply for this grievous loss.”