Investment banking giant Macquarie Group is facing further reputational damage from its financial backing of data analytics firm Nuix, as the corporate regulator begins an investigation into the $1.8 billion float of the business.

The Sydney Morning Herald and The Age can reveal that the Australian Securities and Investments Comission has sent notices to both Nuix and Macquarie warning them to retain relevant documentation stretching back to 2018. The investigation by ASIC relates to allegations that Macquarie-backed Nuix overstated its sales forecasts ahead of its listing on the ASX in the hottest float of 2020. 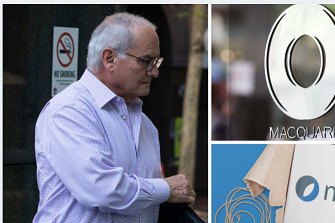 The Herald and Age have also been told that several executives involved in the preparation of the float have received a section 19 notice. Under the ASIC Act, a section 19 foreshadows examination by the regulator.

Failure to comply with the notice is an offence that can lead to a jail sentence.

ASIC’s investigation into the Nuix float follows revelations by the Herald, The Age and Australian Financial Review that the Australian Federal Police is investigating possible breaches of the Corporations Act involving controversial venture capitalist and Nuix co-founder Tony Castagna.

Crucial to the investigation is the dating of Dr Castagna’s $3000 options package which delivered him an $80 million windfall when Nuix became a public company.

Nuix provides data analytics software for international regulators, tax officials and law enforcement agencies, such as the US Department of Justice, Britain’s Serious Fraud Office and the AFP.

The tech company listed on the ASX last December in the biggest float of 2020. The stock soared 50 per cent on the first day of trading, valuing the business at $2.5 billion.

The joint investigation has previously revealed that the corporate regulator ignored tip-offs in the lead up to the float. A law firm acting on behalf of an anonymous client made serious allegations to ASIC about the ability of Nuix to achieve its full-year revenue forecasts.

ASIC appointed a recent graduate and his boss to look at the complaints – and the prospectus – and found there was nothing controversial.

The proceeds of the Nuix float helped Macquarie hit a record profit as it cashed in $575 million worth of Nuix shares. The executives involved in the Nuix float were expected to receive handsome bonuses. Macquarie still holds 30 per cent of Nuix.

After opening at $5.31, shares in Nuix hit a record high of almost $12 in January before a series of downgrades to its full year prospectus forecasts. The most recent, which occurred last week, pushed the company to a new low of $2.57. The downgrades and media investigations have wiped billions of dollars off the market value.

This has left the Macquarie-backed tech company facing investor backlash plus the possibility of class actions over possible misleading and deceptive conduct or breaches of continuous disclosure obligations.

There have also been calls from angry investors for Nuix CEO Rod Vawdrey and CFO Stephen Doyle to step down. “For those investors big and small who have been impacted in the last few months, I’m incredibly sorry,” Mr Vawdrey told an investor day last month. 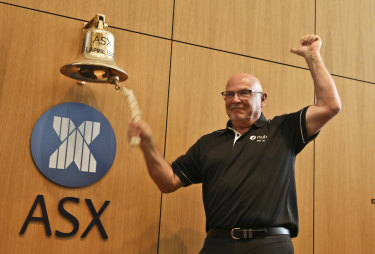 The joint investigation exposed a toxic culture, staff turnover of 35 per cent, missed budget forecasts, a product portfolio losing ground to competitors and concerns by its auditor PwC about over-claiming up to $42 million in research and development costs.

Macquarie declined to respond to a list of detailed questions, including what bonuses executives involved in the float received, Dr Castagna’s options and whether it was conducting its own investigation into the float. A Macquarie spokesperson said it remained Nuix’s largest shareholder and was

Nuix also declined to comment on the ASIC investigation, but in a statement it said it “understands and appreciates the concerns raised by the market in relation to the company’s performance against forecasts.

“The CEO, Chair, and other senior leaders and board members acknowledge that recent financial performance, while still strong, has not been where we thought it would be.”

“None of the concerns being expressed in the media or the market concern the quality of Nuix’s products, the extraordinary talent of its employee base, the devotion of its blue-chip customers or the vast and growing opportunity in this market. These fundamentals are key to Nuix’s ongoing performance and future growth.”

Meanwhile, the former Nuix CEO Eddie Sheey will be back in the Federal Court on Tuesday in a separate dispute over options. If his legal action is successful, Nuix could be facing a potential $200 million payout to its former boss.