Home » Man, 46, fighting for life after falling from moving ambulance while accompanied by police officer in Watford

A MAN is fighting for his life after he fell from a moving ambulance whilst accompanied by a police officer in Watford.

The police watchdog the IOPC is investigating what happened in Exchange Road, Watford yesterday morning at around a quarter past ten. 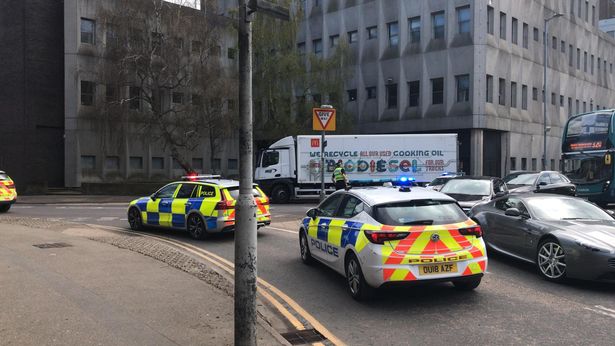 Other emergency services were called to the scene and the 46-year-old man was taken to hospital, where he is critically ill.

A spokesperson for the IOPC said: “We can confirm we have begun an independent investigation into the actions of the police concerning an incident in Watford, Hertfordshire, in which a 46-year-old man was injured and is currently critically ill in hospital.

“We were notified by Hertfordshire Constabulary that at around 10.30am on Monday in Exchange Road, the man fell from an ambulance while being accompanied by a police officer.

“We sent investigators to the police post-incident procedures to begin gathering evidence and declared an independent investigation shortly after 1pm.

“We will be liaising with the man’s family to explain our role.

“Our investigation will look at the circumstances of the incident and the actions of police prior to it.

“So far we have taken initial accounts from the officers involved.