Firefighter, 35, faces £150,000 bill after his £900,000 bike accident personal injury claim was thrown out when investigators caught him faking his injury and only wearing a sling when he saw doctors

A firefighter has been left with a hefty legal bill after being caught faking injuries while trying to make a £900,000 compensation claim for a bike crash.

Mark Bolt, 35, abandoned his claim against insurers Admiral after surveillance footage showed significant inconsistencies between his accounts to the medical experts and his true capabilities.

In October 2016, Mr Bolt was knocked from his bicycle by the defendant’s vehicle in Liverpool.

As a result, Mr Bolt fractured his left elbow to the extent that he needed surgical repair and radial head replacement.

He also claimed significant on-going restriction of function and hypersensitivity, describing ‘exquisite pain’ if the elbow was touched.

The 35-year-old told his medical expert in 2019 that, following the crash, he had to wear a sling when out in public to protect the arm and that he had to avoid crowds because of the sensitivity of the tip of the elbow when banged or knocked. 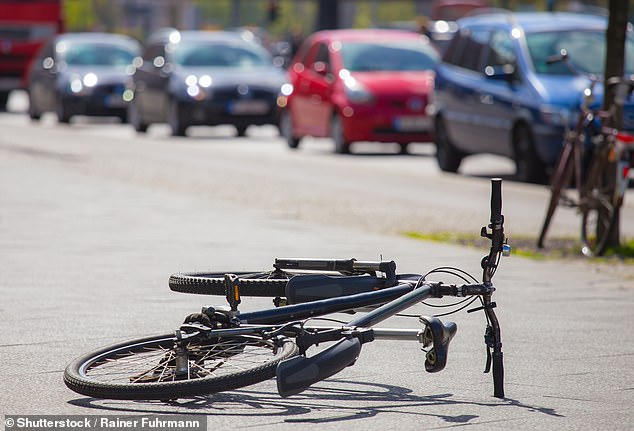 Mark Bolt, 35, has been left with a hefty legal bill after being caught faking the severity of his injuries while making a compensation claim for a bike crash in Liverpool in 2016 (stock photo)

He insisted he could only feed himself with his right hand, needed help when showering, was unable to get out of the bath without help, could not safely take a dish out of his oven and was unable to carry out painting and decorating.

As a result, they identified that Mr Bolt only wore a sling when attending medical appointments relating to his claim and that he was able to lift heavy items with either hand easily.

Lawyers for the insurer say they did not identify any sign of restriction to the injured arm, and Mr Bolt moved in crowded places without using a sling and with no apparent difficulty.

At this point, Admiral instructed law firm Horwich Farrelly to support the investigation.

Despite giving Mr Bolt the opportunity to reconsider his claim, he initially denied any wrongdoing and insisted that he had been entirely honest about his injury and his recovery. 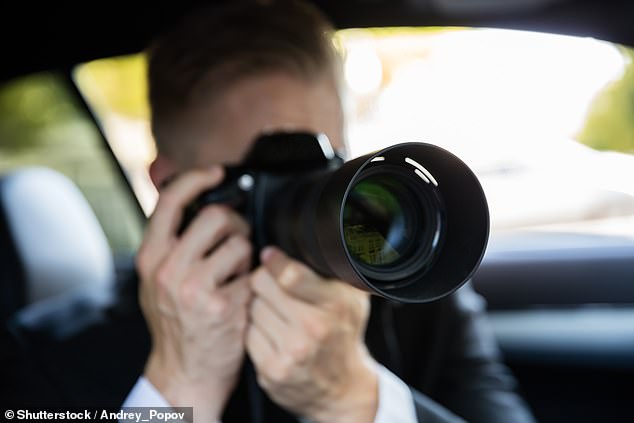 Lawyers then disclosed the surveillance highlighting Mr Bolt’s misrepresentations to the medical experts. Shortly after he asked if he could discontinue his claim.

Given Mr Bolt had never returned to work after the incident, he received a total £50,000 in interim payments.

This meant Admiral refused to allow the discontinuance before Mr Bolt repaid that money, plus interest.

Ultimately, once the money was repaid, Mr Bolt discontinued and subsequently agreed to sign a declaration and admit his claim was Fundamentally Dishonest.

Mr Bolt will also have to pay Admiral’s legal costs which amount to circa £100,000.

Alex Wilkinson, Partner and Head of Horwich Farrelly’s Large Loss Fraud Team, said: ‘This is a victory over a claimant who advanced a fraudulent claim for £900,000 in damages, but who ultimately walks away with nothing but a finding of dishonesty against him.

‘It further demonstrates the savings insurers can generate by employing fraud investigations to suspected dishonesty in high value claims.’

Stuart Cook, Head of Technical Claims at Admiral, said: ‘This is the third Admiral case where a claimant who initially suffered quite serious injuries, has gone on to admit or been found by a court to be Fundamentally Dishonest in as many months.

‘Whilst this highlights the extent of the problem the industry faces it also emphasizes the fact that with the support of our legal partners we are able to identify such claims and ensure that the right outcome is achieved.

‘It’s important to say that Admiral is 100 per cent committed to paying out on genuine injury claims quickly and fairly.

‘However, we will investigate and defend ourselves when presented with claims where we believe someone is being dishonest.

‘Mr Bolt fundamentally misrepresented the nature and extent of his injuries and has now ended up in a position where he has received no financial settlement for the accident along with a Court Order to reimburse our significant legal costs in full.

‘He has admitted to being fundamentally dishonest and will be paying for the price of doing so for many years to come.’