Two people separately reported a man’s strange and concerning behaviour in the hour before he killed a woman in her home but authorities were unable to prevent the attack, a court has heard.

Xochin O’Neill was on Monday found not guilty by way of mental impairment of murdering Maud Steenbeek, who was on a Skype call to her brother in the Netherlands when she was attacked. 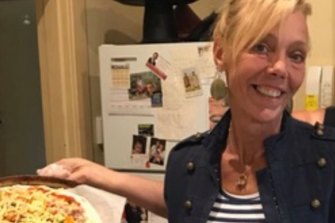 Maud Steenbeek was attacked and killed in her Heidelberg West home.

Ms Steenbeek was in her Heidelberg West home on January 28 last year when at 8pm Mr O’Neill entered, confronted her and bashed her with a Samoan wooden paddle he found in the house. Mr O’Neill lived in a nearby street but didn’t know Ms Steenbeek.

Ms Steenbeek’s brother heard her say “hold on”, “go away” and then “get the f— out” before the line cut. The brother then telephoned his sister’s sons to urge them to get to the house.

Neighbours also heard a woman screaming, the Supreme Court heard, but by the time one of Ms Steenbeek’s sons arrived and confronted Mr O’Neill it was too late. The mother of two, a 61-year-old yoga and pilates instructor who was an advocate for social justice and women’s rights, died from multiple head injuries.

Two experts on Monday agreed Mr O’Neill, 30, attacked Ms Steenbeek amid either an acute psychotic episode or a manic episode. 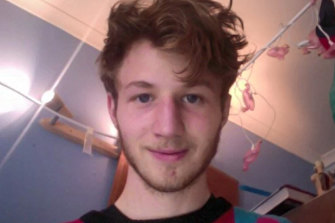 Xochil O’Neill has been found not guilty by way of mental impairment.Credit:Nine News

About 7pm, one of his housemates contacted the Austin Hospital over concerns he was having a psychotic episode, prosecutor Ray Gibson, QC, said. She and another housemate earlier that day witnessed his ramblings and mood changes, which ranged from laughing to crying and looking scared and appearing manic.

When Mr O’Neill left the house he told a man, who was looking for his autistic son, the boy was in a nearby house, Mr Gibson said.

Outside that house, the father and a resident thought Mr O’Neill was either mentally unwell or drug affected as he rolled on the ground and scribbled in dirt. He was also seen trying to climb into a stormwater drain and playing with an electrical pole.

The resident called triple zero twice, Mr Gibson said, and then lost sight of him about 7.42pm.

The court heard one of Ms Steenbeek’s sons, Adam, arrived at her home and fought off and subdued the killer but was unable to save his mother, as police arrived.

He has a history of mental health, reported feeling suicidal in 2010 and was later diagnosed with a major depressive disorder. He had regular treatment in the following years and saw his treating psychiatrist five days before the attack but nothing was considered out of the ordinary.

Mr Gibson said Mr O’Neill had a strained relationship with his mother over his dysfunctional upbringing. The mother was a drug addict and sex worker, he didn’t know his father and he was raised by his grandfather.

Psychiatrists Lester Walton and Rajan Darjee, one a defence witness and one for the prosecution, agreed Mr O’Neill was experiencing either an acute psychotic or manic episode when he killed Ms Steenbeek, and that the attack was out of character as he was never violent before.

Dr Darjee said Mr O’Neill might have entered Ms Steenbeek’s home on a whim or for no reason and it was also possible he might not have considered his victim a real person such was his impaired state.

Mr O’Neill remains in prison but is likely to be ordered to spend years in a secure mental-health hospital when a bed becomes available.

Justice Hollingworth will make her final orders on August 4.