Man who filmed himself having sex with his labrador avoids jail

A ‘depraved’ man who was caught having sex with his pet labrador has been banned from being alone with a dog – but has avoided jail.

Peter Edwards, 36, was found to have abused his dog Max and encouraged or allowed another man, Jonathan Barton, to commit bestiality with his pet.

The pair were caught out when police examined Edwards’ mobile and computer devices following a tip off and found vile videos showing the abuse of the black dog.

A court heard that after he was arrested Edwards expressed concern about what would happen to Max, who has since been rehomed.

Judge Stephen Climie described the sickening acts as ‘bizarre and utterly depraved’ and made an order that will prevent Edwards from being alone with any dog for the next five years.

But he decided not to send him to prison as he told him because of his ‘peculiarities’ he was likely to suffer taunting and violence from other inmates. 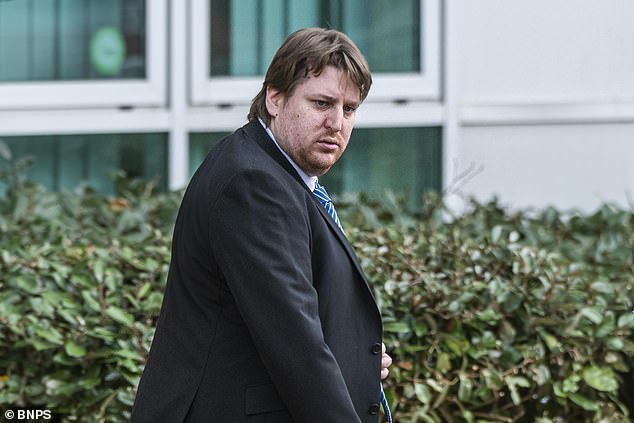 Peter Edwards, 36, was found to have abused his dog Max, who has since been rehomed

A court heard that police received an anonymous tip off from a member of the public who had concerns about Edwards’ behavior.

An investigation was carried out and photos and videos were found on his devices which included child pornography and extreme pornography involving animals.

Officers then discovered some of the images were of sexual activity with his own dog.

Edwards, who lives in the village of South Perrott, Dorset, pleaded guilty to two offences of sexual intercourse with an animal, one count of encourage or assist with the commission of an offence as well as three counts of making indecent image of a child and three counts of possessing extreme pornographic images.

John Dyer, representing Edwards, said he had become very isolated, was signed off work and suffered with anxiety and depression.

He said: ‘He was very honest in interview, he has never tried to conceal anything.’ 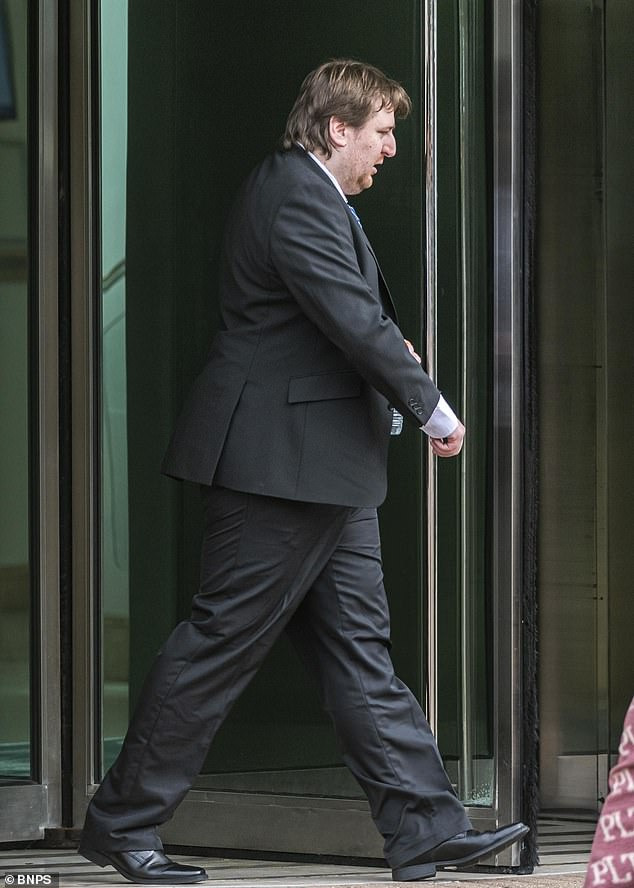 Judge Climie said: ‘I’m not sure entirely how the complaint came to be made but concerns were expressed to the police that were proved well-founded when examinations were carried out.

‘There were extreme pornographic images in relation to animals, some of those proved to be sexual activity involving you and your own dog and also Mr Barton who had also become involved in that sexual activity.

‘When you were arrested one of your principle concerns was ironically not for yourself but for your dog, a dog who you have abused.

‘You may not have perceived it as abuse but it was.

‘You will be subject to a community order for the next three years. That may seem like you have avoided the ultimate punishment of going to prison, but I must consider the extent to which rehabilitation can be achieved in a custodial setting.

‘Because of your peculiarities, I don’t mean that in an offensive manner, you would be highly vulnerable as a prisoner. You would be subjected not just to taunting but also some degree of violence from other inmates and that would achieve very little in rehabilitating you.

‘Being dealt with in the community gives a real prospect of you never attending a court room again.

‘Max will never be back in your possession, he has been rightly removed from your ownership.’

Judge Climie gave his a three-year community order with conditions to complete up to 60 rehabilitation activity days and a three-month curfew between 8pm and 6am.

He also made a criminal behaviour order for five years that Edwards shall not own, possess or look after any dog unless whilst in the company of that dog’s owner.

Judge Climie also gave him a sexual harm prevention order and told Edwards he will be placed on the sex offenders’ register for five years.

He said if Edwards breached any of the orders he would be back in court and facing a starting point of 21 months in prison.

Jonathan Barton, 53, of Yeovil, was sentenced on August 31 after admitting two counts of possessing extreme pornographic images, one count of perform an act of intercourse with an animal and one charge of cause/allow sexual penetration of a person by an animal.

He was given a three-year community order, with up to 40 rehabilitation days and 100 hours of unpaid work as well as a sexual harm prevention order for five years.