Mac Jacobs is countersuing the company responsible for producing Nirvana’s merchandise after they first claimed the designer had ripped off the grunge band’s iconic smiley face logo.

On Tuesday, Jacobs’ company filed the counterclaim against Nirvana L.L.C in court, seeking a declaration that the band’s copyright registration ‘is invalid and unenforceable’.

Beneficiaries of Nirvana L.L.C include Nirvana’s surviving members, Dave Grohl and Krist Novoselic, as well as Courtney Love and Frances Bean Cobain – the widow and daughter of the band’s late frontman, Kurt Cobain.

Awkwardly, Love and Frances Bean Cobain are both friends with Jacobs. 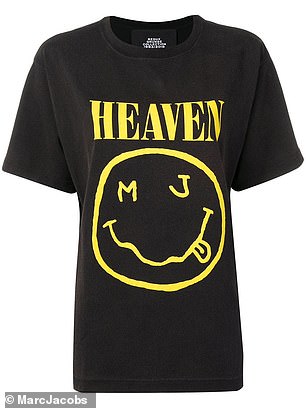 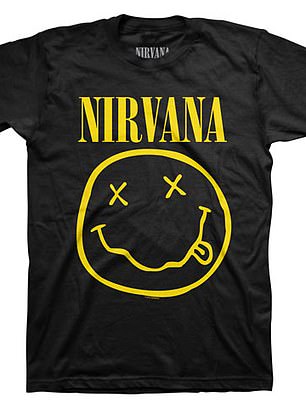 Mac Jacobs is countersuing Nirvana L.L.C. after the company first accused the fashion designer of ripping off the grunge band’s iconic smiley face logo. Jacobs design is pictured at left, and the Nirvana design is seen at right 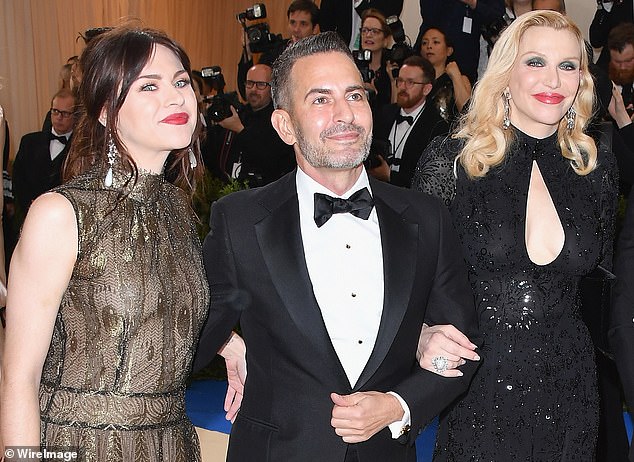 Awkwardly, Frances Bean Cobain (left) and Courtney Love (right) are both friends with Jacobs (center). The trio are pictured together at the 2017 Met Gala

Nirvana L.L.C  first filed a lawsuit against Jacobs last year, alleging that a smiley face featured in his ‘Bootleg Redux Grunge’ collection bore striking similarities to the one reportedly designed by Kurt Cobain before his passing in 1994.

The image was featured on socks, sweaters and t-shirts included in the collection.

Nirvana L.L.C is seeking an excess of $1 million dollars in damages.

Jacobs promptly sought to have the lawsuit thrown out, but a judge denied the motion in June and allowed the case to move forward.

Jacobs’ counterclaim rests on testimony from Grohl and Novoselic, both of whom reportedly claimed they cannot remember who created the smiley face image. 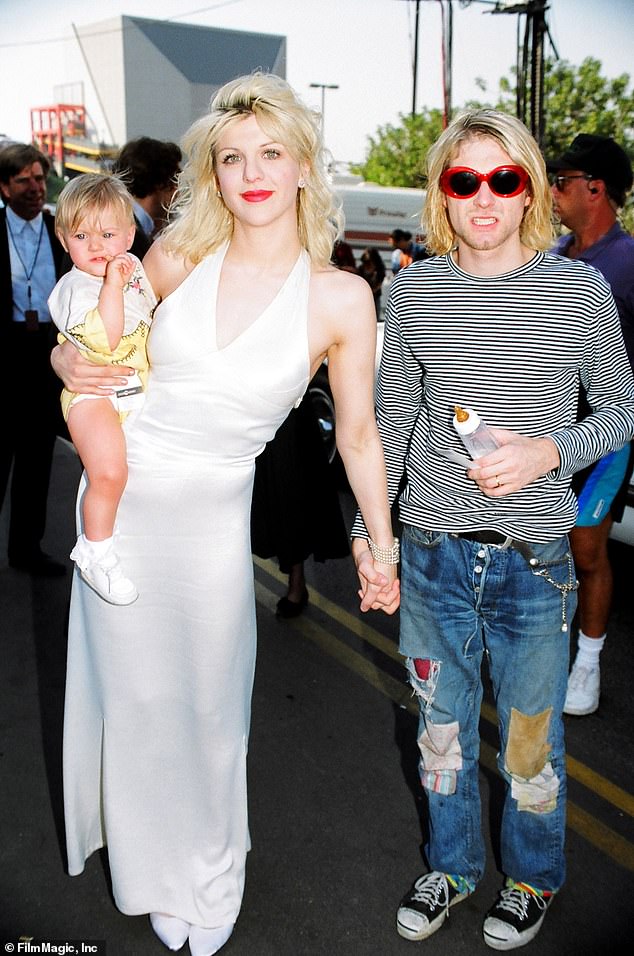 The iconic smiley face was reportedly created by Nirvana frontman Kurt Cobain in 1991. He is pictured with wife Courtney Love and their daughter Frances Bean Cobain in 1993

Documents filed by Jacobs’ company on Tuesday state: ‘Nirvana’s claim for copyright infringement… is predicated upon the existence of a certain smiley face design allegedly created by Kurt Cobain in 1991 that is now purportedly owned by Nirvana as a result of multiple transfers in writing and by operation of law.

‘This allegation finds no support in the sworn testimony of David Grohl and Krist Novoselic, the two surviving members of the band Nirvana, who could not identify the creator of the disputed work in sworn testimony.’

Jacobs is seeking to have Nirvana L.L.C’s lawsuit dismissed and his legal fees covered.

However, the designer is keeping things civil with Love and Frances Bean Cobain outside the courtroom, liking and commenting on one of Love’s recent Instagram posts.

The trio attended the 2017 Met Ball together. 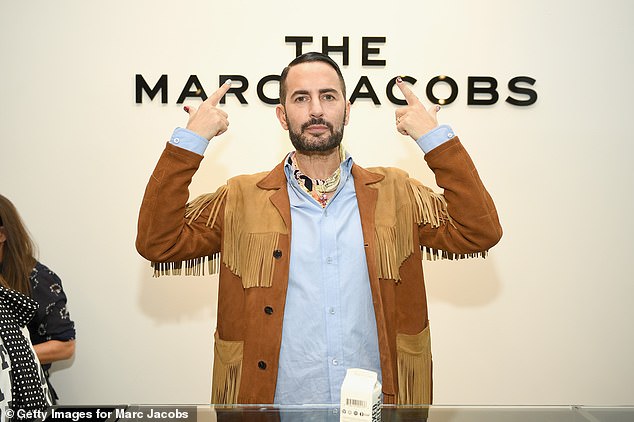 Jacobs is seeking to have Nirvana L.L.C’s lawsuit dismissed and his legal fees covered