Master of the profane: Donald Trump is swearing like no president before

Washington: In modern times, presidents have rarely been church mice afraid of a little salty language. But President Donald Trump has grown increasingly willing in recent months to say in public what most of his predecessors tried to keep behind closed doors.

His is the profanity presidency, full of four-letter denunciations of his enemies and earthy dismissals of allegations lodged against him. At rallies and in interviews, on Twitter and in formal speeches, he relishes the bad-boy language of a shock jock, just one more way of gleefully provoking the political establishment bothered by his norm-shattering ways. 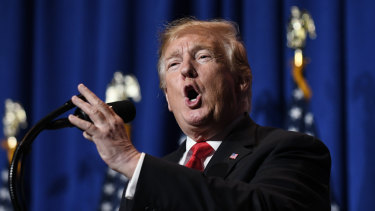 In a single speech on Friday alone, he managed to throw out a "hell," an "ass" and a couple of "bullshits" for good measure. In the course of just one rally in Panama City Beach, Florida, earlier this month, he tossed out 10 "hells," three "damns" and a "crap." The audiences did not seem to mind. They cheered and whooped and applauded.

On Sunday, he turned his attention on Republican Justin Amash, calling him a "total lightweight" and "loser" after the congressman said Trump's behaviour as president had reached the "threshold for impeachment."

"I'd say swearing is part of his appeal," said Melissa Mohr, the author of "Holy Sh*t: A Brief History of Swearing," published in 2013. "It helps create the impression that he is saying what he thinks, 'telling it like it is.' We tend to believe people when they swear, because we interpret these words as a sign of strong emotions. In his case, the emotion is often powerful anger, which his supporters seem to love."

While traditionalists may deem it unpresidential and a poor example for children, Martha Joynt Kumar, a longtime scholar of presidential communication, said gritty language was part of the show put on by Trump, the onetime reality television entertainer, for his fans.

"He knows they like him to use words that lie over the edge of the traditional boundary of presidential decorum," she said. "His controversial word choices are an aspect of his role as the disrupter he promised his constituents he would be." 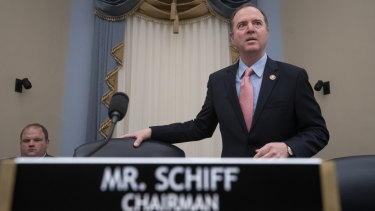 But critics say the vulgarity comes at a cost. "No one has debased the civil discourse in this country more than President Trump, and the president really does set the tone in the country," said aCalifornian Democrat Adam Schiff. "We see it reflected in our offices by the hateful, belligerent, obscene and violent calls that we get now that we didn't used to get."

Schiff has experienced it personally when Trump turned his name into a profanity last fall by nicknaming him "little Adam Schitt." Schiff said, "The last time that happened, the person who did that had their mouth washed out with soap by his mother."

An unscientific survey seems to suggest that if anything, Trump is growing more comfortable with crudeness. He used the word "bullshit" in public just once in his first two years in office, according to the Factba.se database that tracks his speeches, but on four occasions in the last three months.

He has either coarsened the public discourse or reflected it, or perhaps both, depending on your view of him, but he is not alone. Society in recent years has embraced what used to be considered profanity. Even The New York Times, the so-called Grey Lady with all the news that's fit to print, found it fit to print the BS word just 14 times in the many years before Trump's inauguration, according to a Nexis search, but has used it 26 times since — not all in stories covering the President.

Other presidents, of course, have engaged in common language and found a connection to everyday people. Harry S. Truman was told to "give 'em hell, Harry," to which he famously replied: "I don't give them hell. I just tell the truth about them and they think it's hell." But in general, it used to be something of a mini-scandal when a president was caught cursing in public.

During a campaign event in 2000, George W. Bush was heard over a live microphone talking with his running mate, Dick Cheney, calling a Times reporter he did not particularly like a "major-league asshole." In 2004, as vice-president, Cheney told a senator on the Senate floor to "go f— yourself." His successor, Joe Biden, was overheard in 2010 using a variation of that profanity to tell Barack Obama what a big deal passage of health care legislation was.

Never has any president pushed the boundaries of language as far as Trump. He had a foul mouth long before politics, of course, but he seemed to try, however fitfully, to clean it up for a while when he set his sights on the White House. Still, he could not resist at times. At one rally during his 2016 campaign, he quoted a supporter calling a Republican rival, Ted Cruz of Texas, a "pussy." 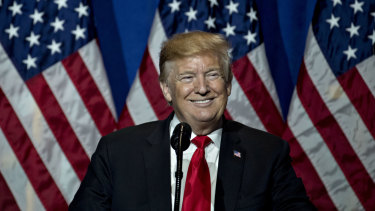 Once taking office, he tried, at least, to keep it private, but he was uninhibited when the cameras were not on. After the special counsel, Robert Mueller, was appointed, he told aides, "I'm f—ed." Speaking with lawmakers, he called African nations "shithole countries."

Yet Trump feigned shock in January when the newly elected congresswoman Rashida Tlaib of Michigan said she and her fellow House Democrats were "going to impeach the motherfucker." The President told reporters that "she dishonoured herself" by "using language like that in front of her son and whoever else was there."

Mick Mulvaney, the White House chief of staff, acknowledged a certain raw quality in Trump's discourse but dismissed its significance. "The President does use coarse language in private a lot with us," he told Jake Tapper on CNN after Tlaib's comment. "Many people do." But, he added, "I think there's more important things as to who's coarsening the language."

Any restraint Trump may have sought to exhibit early in his term seems to have eroded in recent months. In a January interview with The Times, he boasted that he had "beat the shit out of" Republican rivals in 2016. A month later, he told the Conservative Political Action Conference that his enemies were trying to take him out "with bullshit".

A few weeks later, he told a rally in Grand Rapids, Michigan, that Democrats were peddling "ridiculous bullshit" about him. In April, he said some statements in the special counsel report were "total bullshit." Last week, he retweeted a post by his son Eric Trump saying that under Bill de Blasio, the New York mayor now running for president, "our great city has gone to shit."

By the time the president took the stage before the National Association of Realtors in Washington on Friday, he was in a feisty mood.

He recalled that a consultant tried to make work for himself by identifying environmental concerns on a property Trump wanted to develop. "I fired his ass so fast," the president recalled.

He told the Realtors that he used to refuse to pay brokers their traditional 6 per cent commission and instead gave them just 1 per cent. "I was famous for that," he said. When they booed, he quickly retreated. "Don't worry. Nobody accepted it. But I tried like hell."

Then he went after one of his favourite targets — journalists — claiming that recent reports of infighting within his national security team were made up. "There is no source," he said. "The person doesn't exist. The person's not alive. It's bullshit, OK? It's bullshit."

And with that, the television networks had to hit their bleeper again.