Mayor’s SUV slams into cop on motorbike, knocks him into fountain 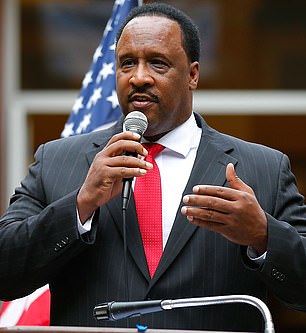 Inglewood Mayor James T. Butts was involved in an auto accident at the entrance of USC’s campus in Los Angeles Tuesday morning

Surveillance video released Wednesday shows a Los Angeles police officer being thrown into a fountain from the force of a car crash.

James Butts, mayor of Inglewood, an LA suburb, was involved in the collision that put a motorcycle-riding sergeant from the LAPD’s Central Traffic Division in the hospital.

Butts’ SUV crossed in front of an oncoming Honda sedan traveling at a high speed.

The sedan smashed into the passenger side of Butts’ SUV, knocking it into the officer sitting on a parked police motorcycle on the sidewalk.

The force from the second collision sent the officer flying into USC’s 125th Anniversary water fountain, which was dedicated on the campus in 2005. 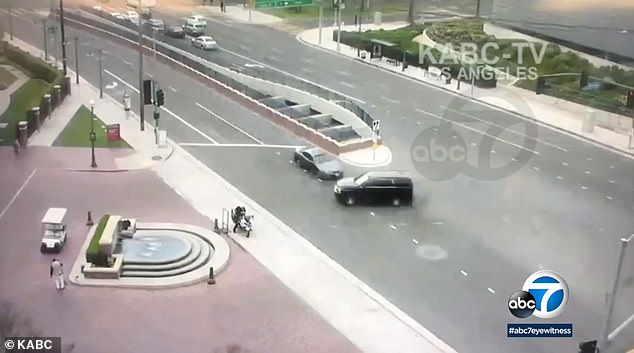 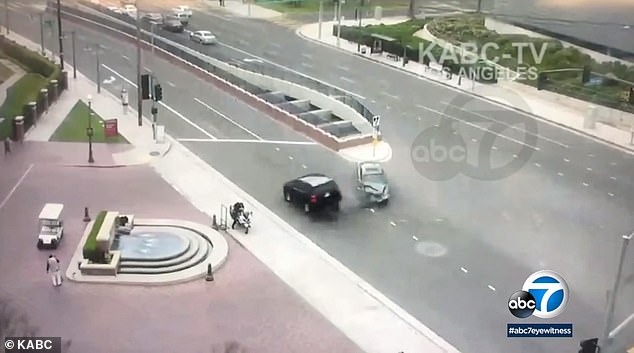 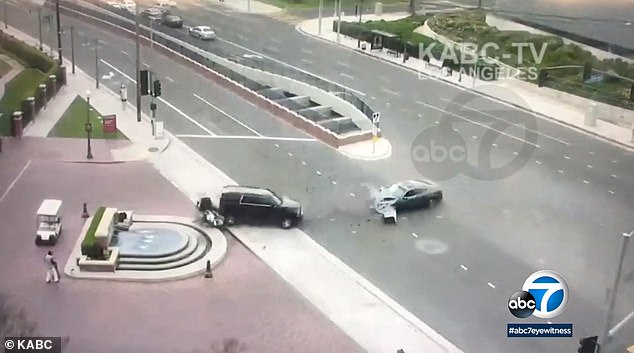 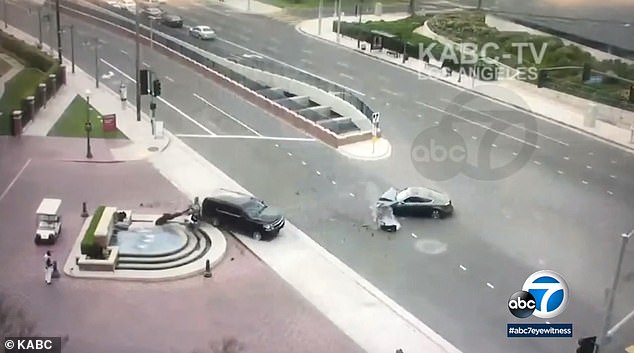 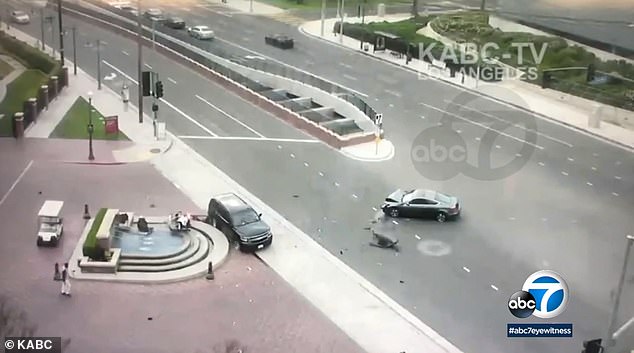 Bystanders rushed to aid the officer who reportedly was wearing his helmet, but received multiple broken bones from the crash. He was taken to a local hospital

The officer was wearing a helmet during the accident, but was sent to a local hospital with serious injuries, including several broken bones, according to the LA Times.

The LAPD did not immediately respond to an email requesting comment on the incident. ABC 7 Los Angeles reports no one has been charged or cited for the accident, which remains under police investigation.

It’s unclear if Butts or one of his staff members was driving the vehicle at the time of the crash.

An anonymous USC employee told the LA Times she was walking to campus from a nearby bus stop when she heard the sound of brakes and tires screeching before a loud bang Tuesday morning.

She said bystanders ran to try to help the officer, but they did notmove him because he was seriously injured. 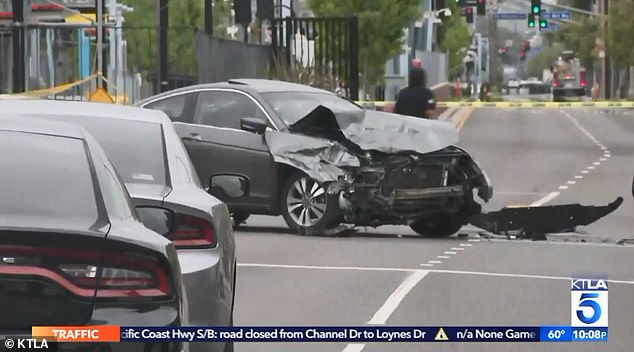 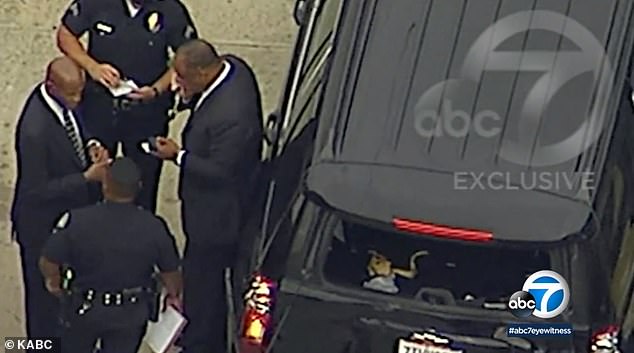 Officers on scene take statements from the occupants of the SUV that was hit. No charges or citations have been issued yet. The incident remains under investigation

‘If he hadn’t had his helmet on, he would be dead,’ the employee added. The female driver of the sedan that hit Butts’s SUV reportedly received minor injuries.

‘In this case, if witnesses and video bears out, he is probably going to be party at fault,’ Thomas said.

Butts released a statement Wednesday evening acknowledging his role in the accident.

‘I am thankful the occupants of the other vehicle were uninjured. I am thankful that the motorcycle officer is expected to make a full recovery. He has been on my mind and heart since the accident,’ Butts said in a Wednesday night statement.

‘I was a motorcycle officer with Inglewood Police and was hit twice by cars myself. It is a dangerous job. I was so grateful to see that he was alert and communicative at the scene. I pray for his speedy recovery,’ the mayor added.