May's latest Brexit fudge will drive even more Tory voters to Brexit Party, Farage boasts – as he vows to bring down Corbyn too

The Brexiteer leaders also vowed to bring down Jeremy Corbyn – and kill off any chance of a second referendum. 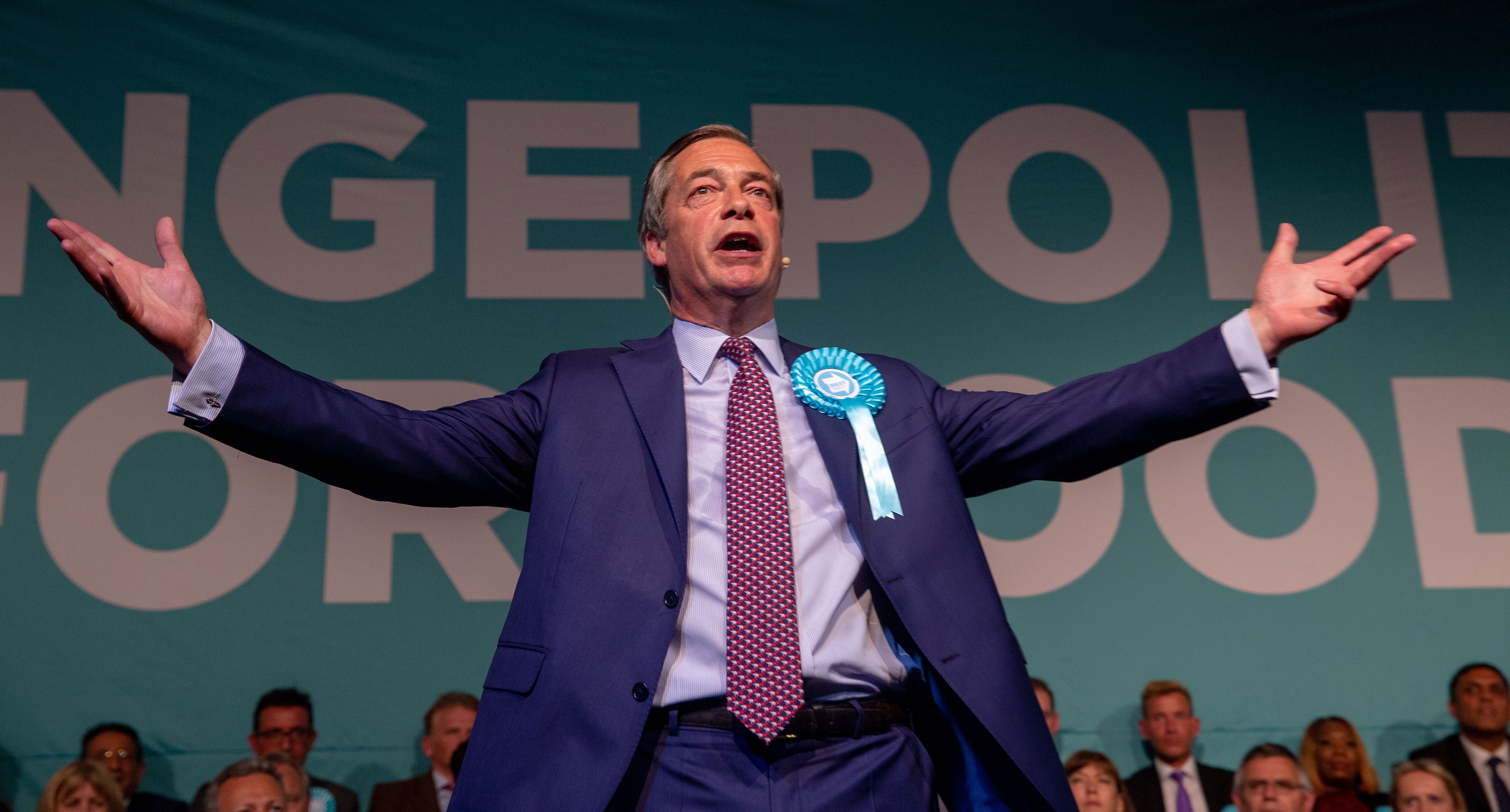 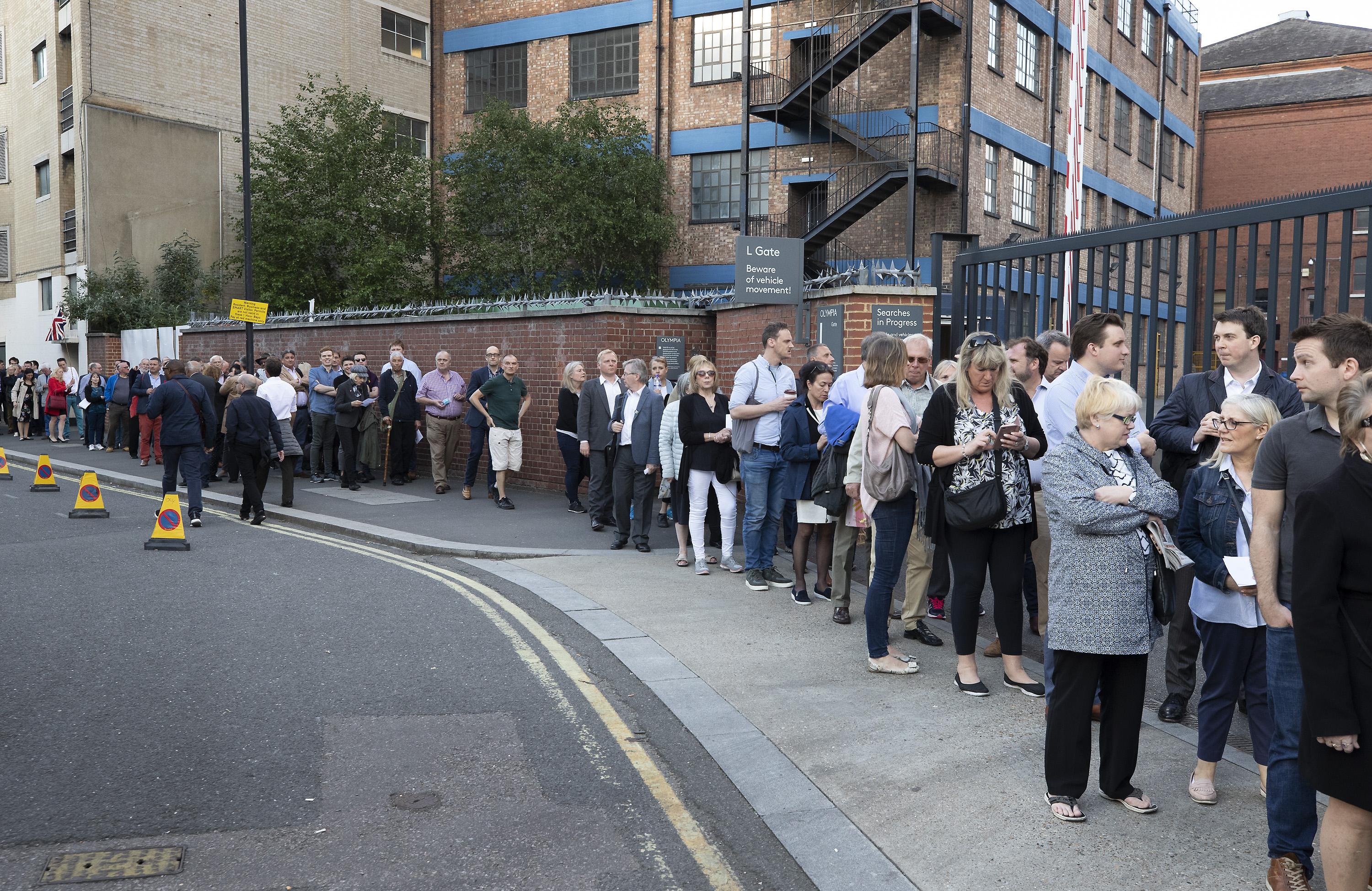 A new poll shows the Brexit Party on course for a landslide victory in tomorrow's Euro elections with the two main parties picking up just a fifth of votes.

Last night Mr Farage told 3,000 supporters at a rally in London that Mrs May had alienated more Brexiteers by giving MPs a vote on whether to hold a second referendum.

He blasted: "Have you seen what she said this afternoon? Just when you think she can't sink any lower, she comes and surprises us.

"To any remaining Conservative Eurosceptics, you've just been told you're not wanted. But I know where they can go – the Brexit Party.

"If we win big on Thursday, we put back on the table our exit on WTO terms.

"If we win big on Thursday, we kill off any prospect of Parliament approving a second referendum – because they know they will lose."

Mr Farage added: "Not only will we get rid of Mrs May, but – with the way we are smashing Labour in Wales – a big Brexit Party win will mean getting rid of Jeremy Corbyn as well."

The Brexit Party is currently trying to recruit candidates to try and become MPs at the next General Election which could come as soon as this year.

A new poll today shows the party is set to come far ahead of its rivals in tomorrow's European Parliament elections.

The Brexit Party is on 37 per cent, with the Lib Dems second on 19 per cent and Labour trailing with 13 per cent. 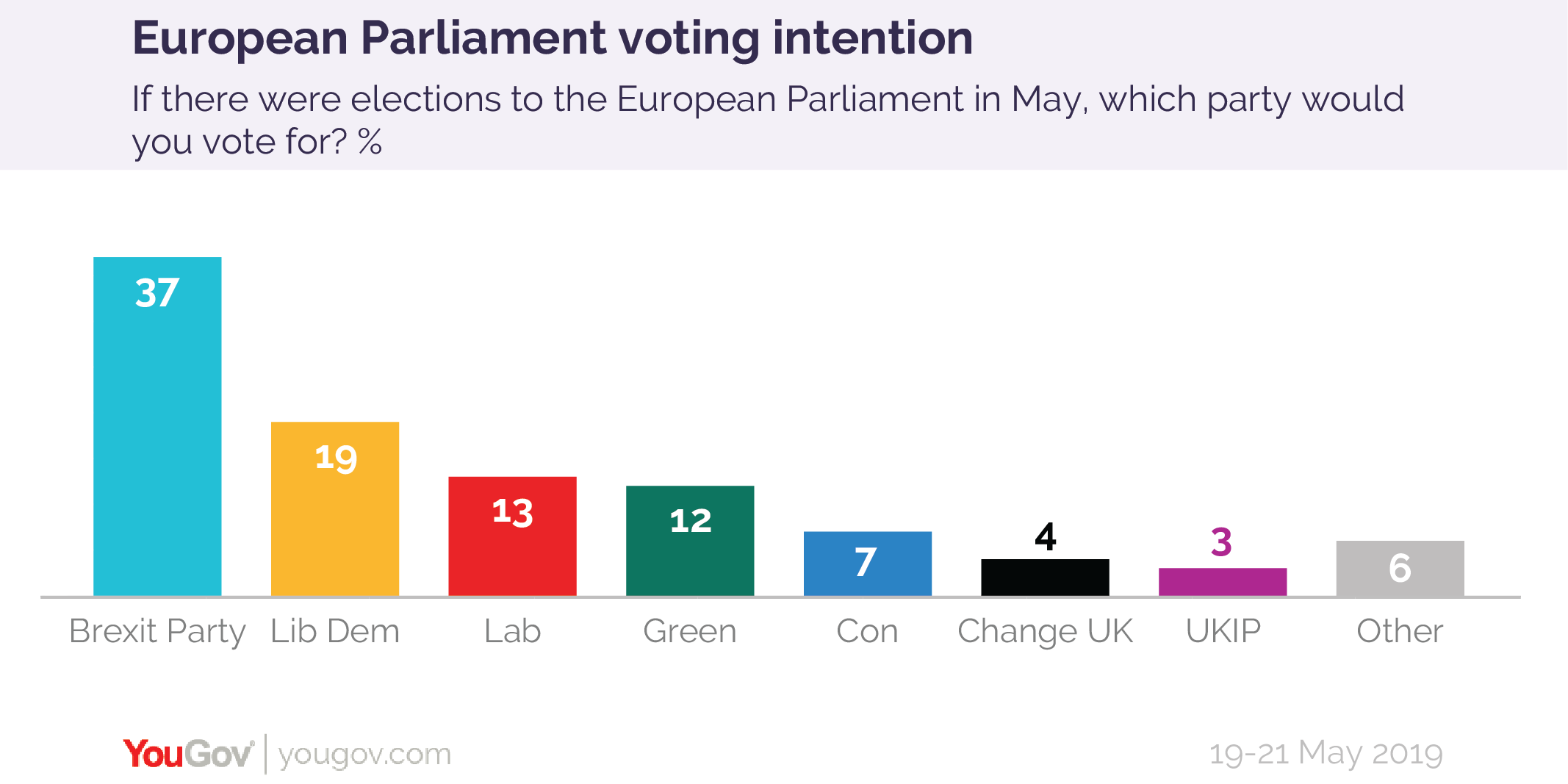 The Tories are on course for total humiliation, getting just 7 per cent of the vote – behind even the Greens.

Speaking in a debate with Lib Dem boss Vince Cable this morning, Mr Farage vowed to take the weekend off after the elections.

He said: "There are two things I'm going to do – one, go to the pub, and I've got a fishing trip organised which I'm looking forward to." 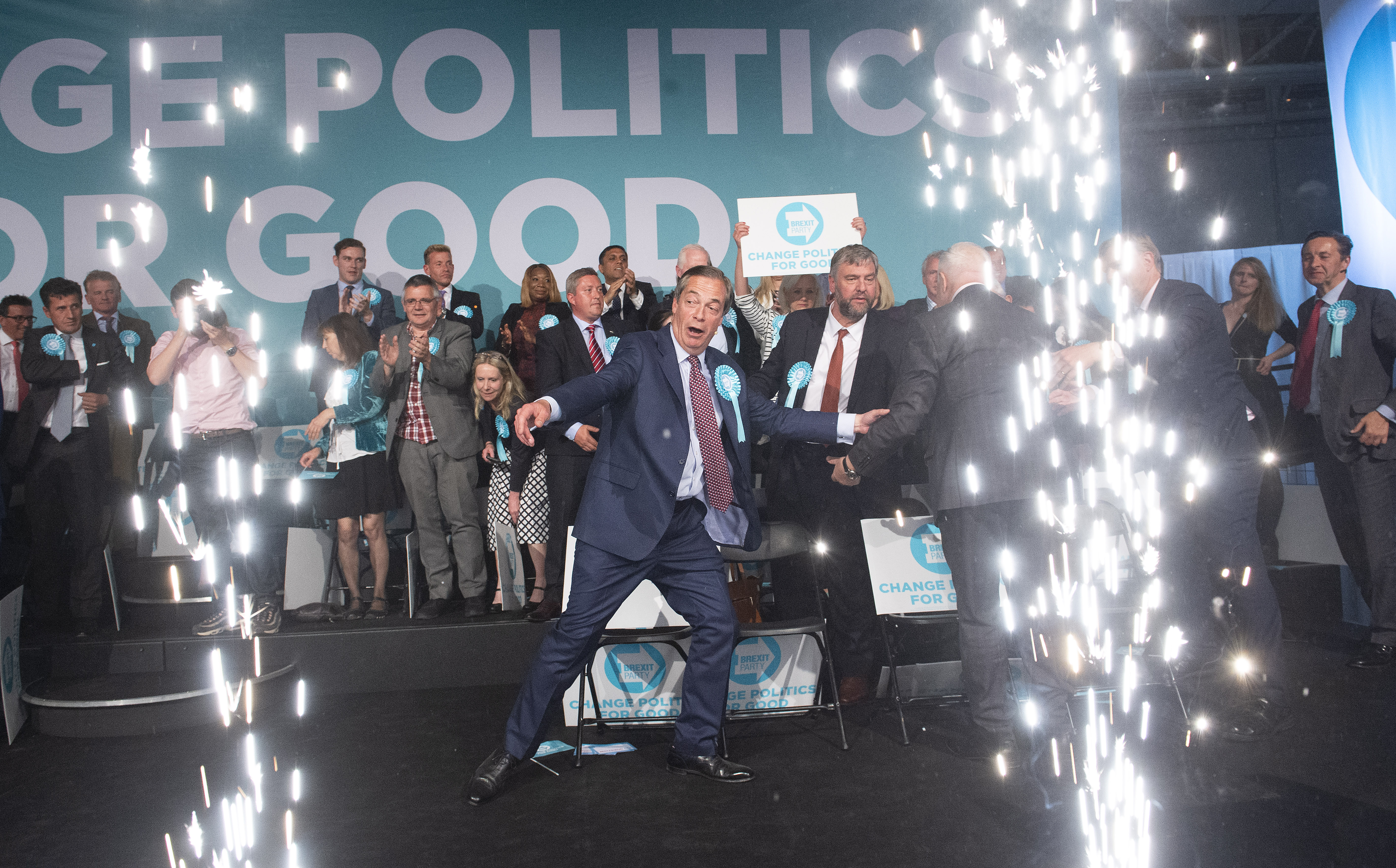 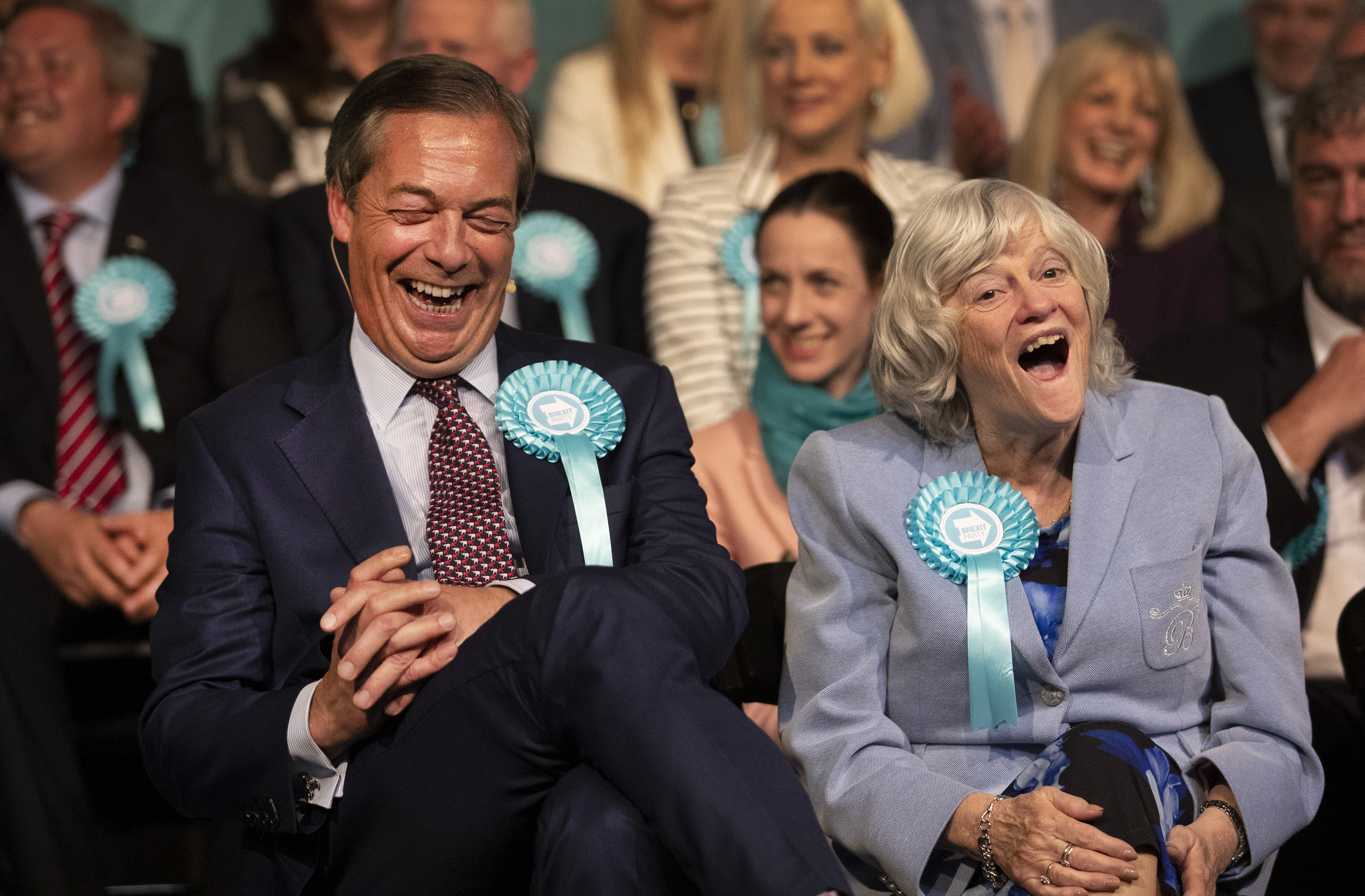 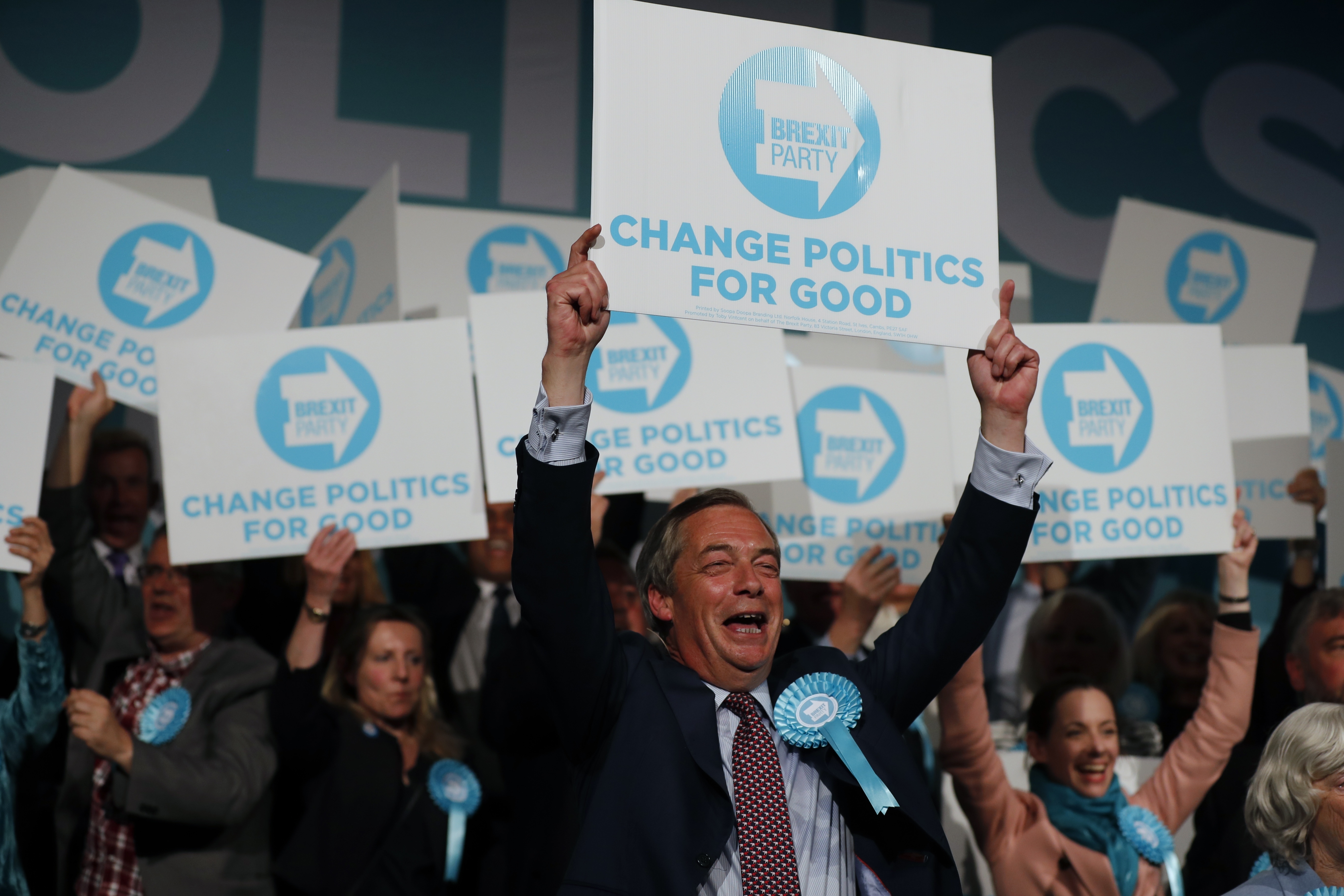