Is this Britain’s most heroic dog? Storm saved his owner from burglar, then chased them down her attackers to retrieve loot, then saved her from a house – before going on to rescue two cats from a fiery death

A support dog has been branded ‘Britain’s bravest dog’ after it saved its owner from a burglary – retrieved the stolen items from the thieves – and rescued two pet cats from a house fire.

The support dog first stepped up and came to the rescue after burglars broke into 64-year-old Ms Crosby’s Liverpool home in 2019.

He chased the thieves from the house, forcing them to drop their stolen stash and alert a passer-by who notified police.

Storm was then called in to action again in May when a neighbour contacted his owner, who was out, to say her home was on fire and all of her pets were trapped inside. 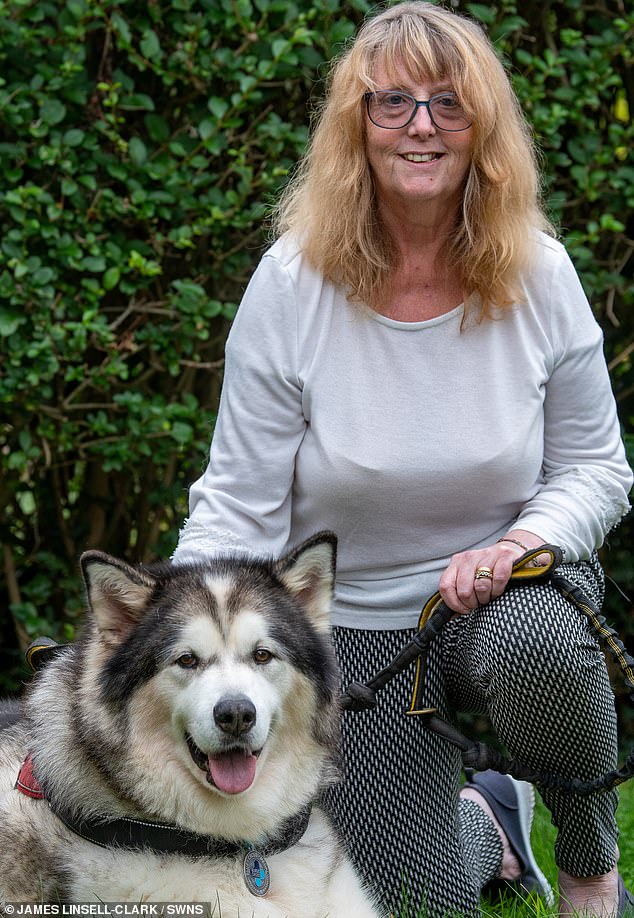 Karen Crosby (pictured) and her hero dog Storm. The 12-year-old Alaskan Malamute won the Blue Cross award for saving his owner’s life and their family cats

The brave pooch saved the lives of two of Ms Crosby’s cats by pushing them out of a window as the house filled with smoke, then calmly waited by the kitchen door to be rescued himself.

One police officer described hero Storm as being ‘just as good as a trained police dog’.

Storm was given the prestigious award on the 125th anniversary of the Blue Cross, an animal welfare charity specialised in helping sick, injured and homeless pets.

The lifesaving dog was chosen from 650 nominations of pets considered ‘heroes’ by their owners.

Ms Crosby, from Wavertree in Liverpool, said: ‘Storm is a hero to me for everything he has done and continues to do.

‘I’m over the moon that he has won the Blue Cross medal. It was amazing news. I never expected he would win and I’m so proud of him.’ 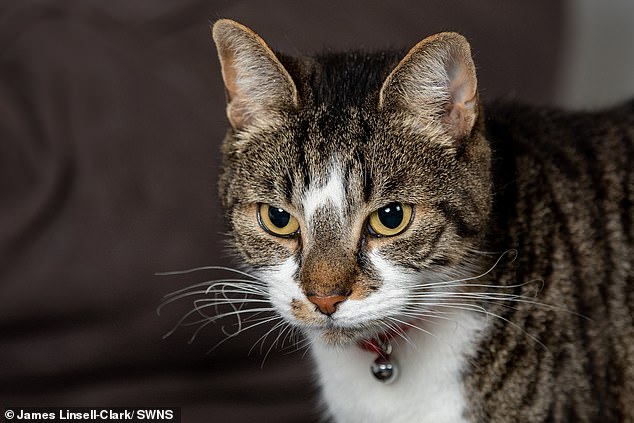 Storm’s day-to-day life is not as dramatic, but of vital importance to Karen and her partner, Phil, 69, also retired, who suffered two brain injuries and developed epilepsy and vascular dementia.

Before moving into care, he relied on Storm’s services to help him with his walking and gently nudge him if he wasn’t walking in a straight line.

He alerts her to the telephone and the doorbell and helps her cross the road, with further support for her fibromyalgia and asthma, sensing if an attack is imminent and providing comfort and support for his owner. 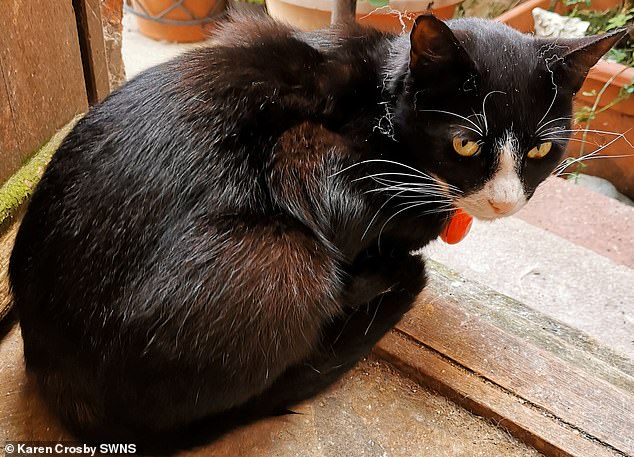 Storm’s true bravery was on show after he saved Karen’s cats from her burning home all of his own accord.

Karen said: ‘The fire brigade could not believe how Storm saved two of my cats and trusted that help would soon arrive.

‘The police were so impressed they personally took him down the road to his vet to check hadn’t inhaled the smoke or been harmed.

‘The officer would not leave his side and said he was as good as a trained police dog.’

The Blue Cross medal was first given to a pet in 1940, after a dog called La Cloche saved his owner, a French sailor, from drowning.

The Blue Cross charity was formed with an aim of helping vulnerable pets and their owners.

Chris Burghes, Blue Cross chief executive, on choosing this years winner, said: ‘We were particularly moved by the number of pets who really do help their owners’ mental health, some even preventing their owners from taking their own lives.

‘It was a very close call, but Storm came out on top, he is an amazing pet that has been such a valued member of the family when they have gone through so much.

‘Congratulations to him and each and every pet who supports their owners in both day-to-day life and by doing incredible acts like Storm.’