Meteorologist calls his KIDS during broadcast to warn about tornado

A D.C.-based meteorologist called his kids in the middle of a live broadcast to warn them about an incoming tornado that was headed straight toward their Maryland home.

NBC Washington’s Doug Kammerer was tracking the storm so closely on Thursday that when he realized its path was headed straight for his Chevy Chase home, he pulled out his phone and gave his kids a call right then and there.

‘As a matter of fact, I’m tracking this so closely now, this is going to go right over my house,’ he says as he moves half off-screen to zoom in to get a street view of the storm’s path.

As the dad-of-two moves back into frame, he holds his phone up to his ear and says : ‘Kent, you there, buddy? Hey man, I want you to get down in the basement. We got a tornado warning. I want to make sure you and Cally get downstairs as soon as you can.’ 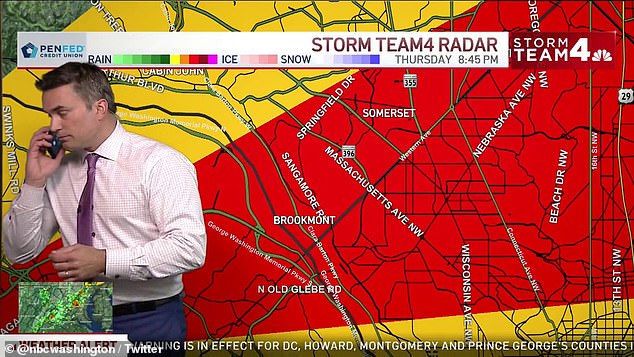 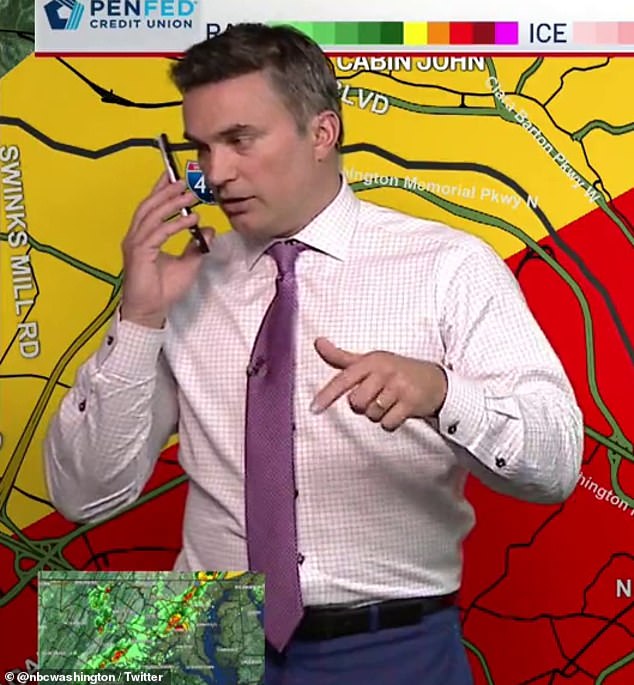 On live TV, he pulled out his phone and called his son Kent to tell him to get him and his sister Cally in the basement for ’10 to 15 minutes’

When Kent replies: ‘Right now?’ Kammerer tells him to take himself and his sister to the basement and to ‘get in the bedroom down there and just wait 10 to 15 minutes.’

‘Do it now. Thanks, buddy,’ he says before pivoting back to his live broadcast, joking that he had to ‘warn my kids, because I know what my kids are doing right now, they’re probably online gaming, and they’re not seeing this.’

Kent and Cally’s mother wasn’t home at the time, and Kammerer said his ‘heart sank’ when he realized the danger they were in.

‘I had to make the call on live TV. I have never done anything like that before,’ he wrote on his Facebook page.

‘Kids were home alone and I knew they were not watching me on TV!’ he wrote on Twitter.

‘[When I zoomed in I] saw that it was going very close to my house and I knew I had to warn my kids.’

He later said they were safe, but it was a ‘scary moment’ for him. It’s unclear how old his his son and daughter are. 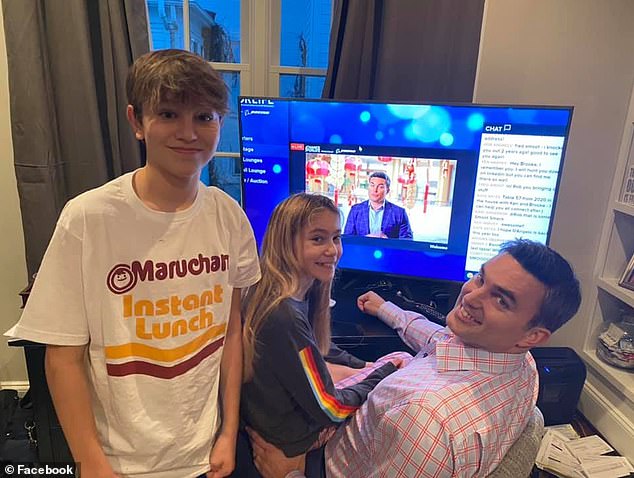 ‘I was freaking out inside a bit,’ Kammerer (pictured with his children in 2021) said. ‘I had to make the call on live TV. I have never done anything like that before. Kids were home alone and I knew they were not watching me on TV!’ 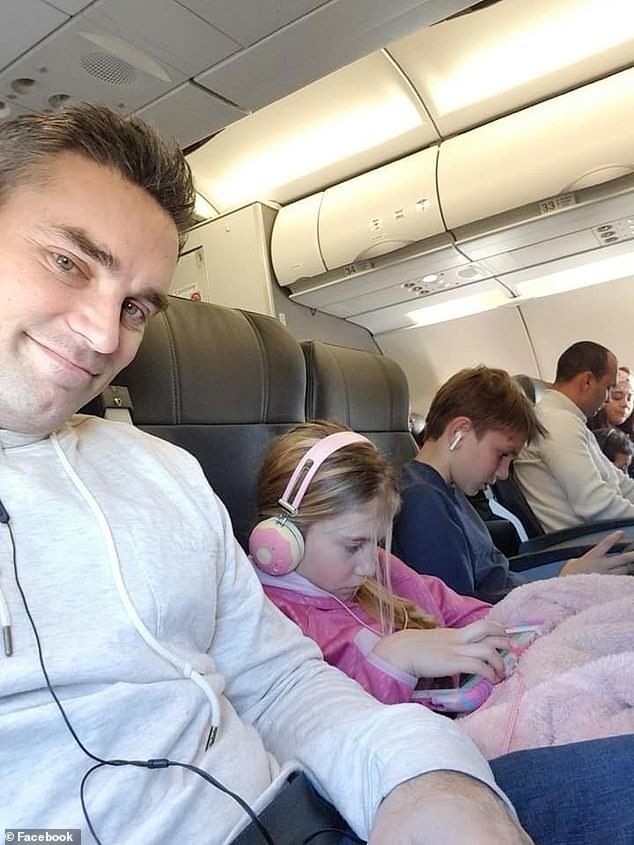 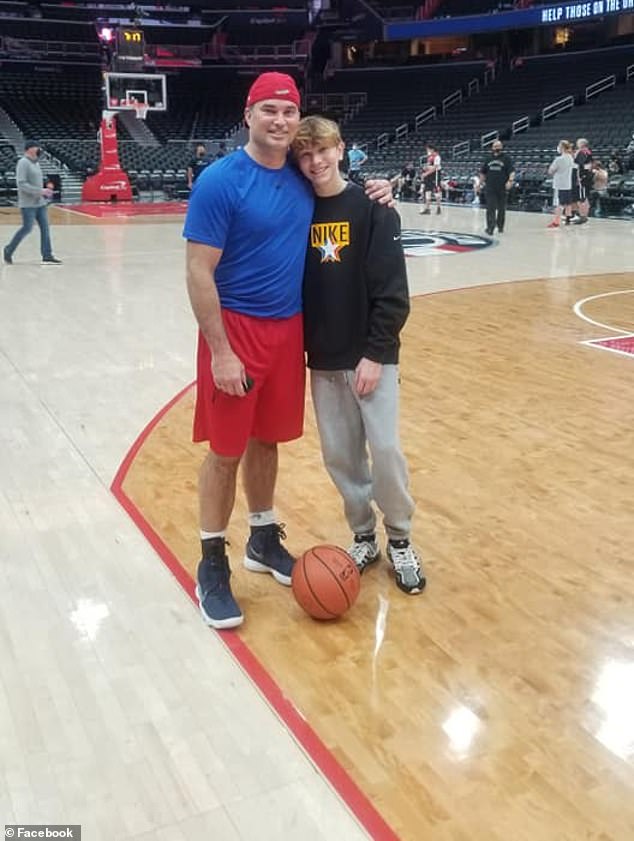 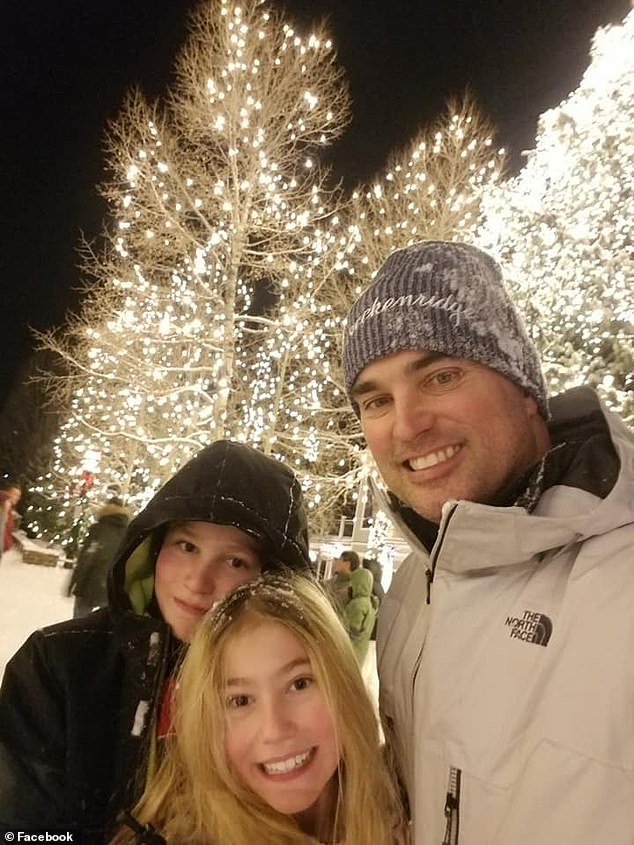 ‘I was freaking out inside a bit,’ he wrote.

NBC Washington posted the video on its Twitter, joking that the meteorologist ‘was working to keep you informed and safe — just like his own family.’

The weatherman informed his followers that the tornado did touch down in Fairfax County and two gas stations were damaged, but no injuries were reported.

Prince George’s and Montgomery were also placed under a warning until 9 p.m. on Thursday. Experts believe the storm may have formed off an Arkansas storm, according to NBC 4.

The meteorologist posted updates on his social media after the tornado