Cape Canaveral, Florida: A galactic photo shoot has captured more than 3 billion stars and galaxies in one of the biggest sky surveys ever.

A dark-energy camera on a telescope in Chile made the observations over two years, focusing on the Southern Hemisphere sky. The National Science Foundation’s NOIRLab in the US released the survey results on Thursday. 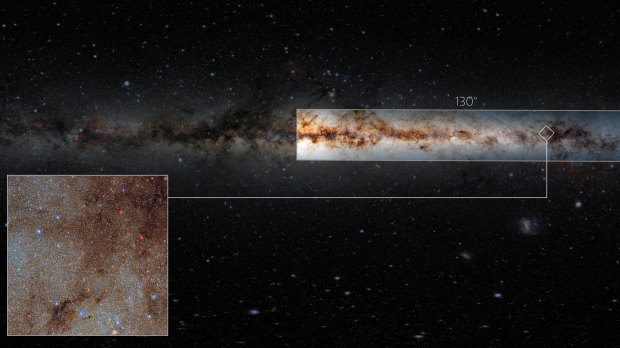 The new Milky Way dataset contains a staggering 3.32 billion celestial objects. Here, a low-resolution image of the data, right, is overlaid on an image showing the full sky. The box, left, is a full-resolution view of a small portion of the data. Credit:NOIRLab

Shown in remarkable detail, most of these Milky Way objects are stars. The count also includes small, distant galaxies that may have been mistaken as individual stars.

It’s like taking a group shot and being able to distinguish not only each individual, but the colour of their shirt, said lead researcher Andrew Saydjari, a doctoral candidate in physics at Harvard University.

“Despite many hours of staring at images containing tens of thousands of stars, I am not sure my mind has wrapped around the magnitude of these numbers,” Saydjari said. 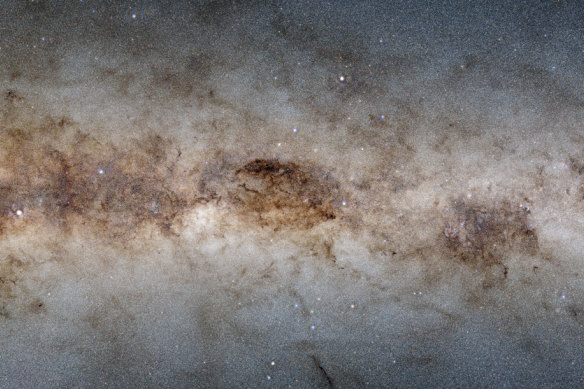 The galactic plane of the Milky Way.Credit:NOIRLab/AP

This latest survey now covers 6.5 per cent of the night sky, according to the researchers. It includes the results of a survey released in 2017 that catalogued 2 billion celestial objects, mostly also stars.

With hundreds of billions of stars in the Milky Way, the cosmic catalogue is certain to grow. No further updates are planned for this particular survey, Saydjari said, but upcoming telescopes would tackle even larger areas of the sky.