Some of the UK’s best-known rock stars are among 110 musicians demanding Boris Johnson agree to visa-free tours of the EU to avoid artists having to pay for ‘costly’ work permits.

Sir Elton John, Bob Geldof, Liam Gallagher, Ed Sheeran and Brexiteer Roger Daltrey are among the millionaire signatories to the open letter, which complains they have been ‘shamefully failed’ by the government over post-Brexit travel rules.

Culture Secretary Oliver Dowden hit back at the letter today and insisted the musicians should be asking the EU why they ‘rejected the sensible UK proposal’. 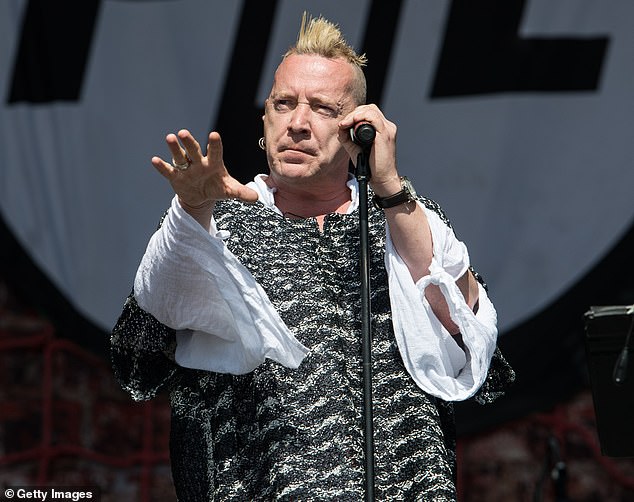 Several of the signatories now live abroad, including John Lydon, but they are believed to still have British passports 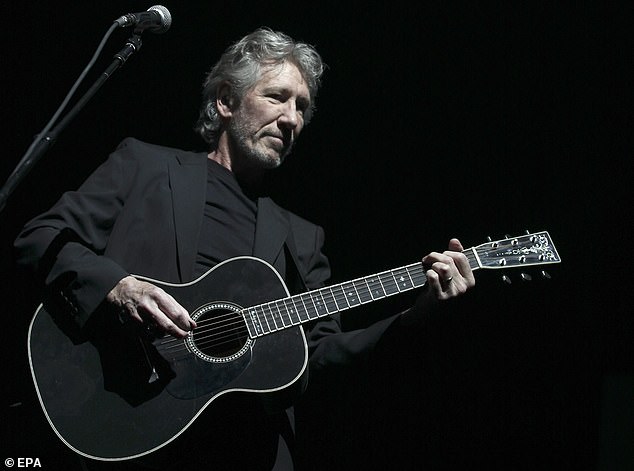 Culture Secretary Oliver Dowden hit back at the letter today and insisted the signatories (including Roger Waters, pictured) should be asking the EU why they ‘rejected the sensible UK proposal’

John Lydon, Sex Pistols –  He has lived with his wife, Nora Foster, in Venice Beach, California since the early 1980s.

Justin Hawkins, the Darkness – the rock band’s lead singer lives with his family in Switzerland.

Other names on the open letter – published by The Times – include Sting, Brian May, Sir Simon Rattle, Radiohead, Sheku Kanneh-Mason, Glastonbury organisers Michael and Emily Eavis, and Judith Weir, Master of the Queen’s Music.

The Who’s Roger Daltrey also signed despite recently telling Sky News: ‘What’s [Brexit] got to do with the rock business? As if we didn’t tour in Europe before the EU.’

The letter argues there is a ‘gaping hole where the promised free movement for musicians should be’.

The resulting costs for work permits and other red tape will make ‘many tours unviable, especially for young emerging musicians who are already struggling to keep their heads above water owing to the Covid ban on live music,’ the signatories argue.

The letter adds: ‘This negotiating failure will tip many performers over the edge.’

It urges the Government to ‘do what it said it would do’ and negotiate paperwork-free travel to Europe for British artists and their equipment.

The deal should be reciprocal, the letter says.

Artists and staff will now need separate visas for different EU countries and £350 permits for individual instruments and other equipment, which the signatories warn could ‘tip many performers over the edge’. 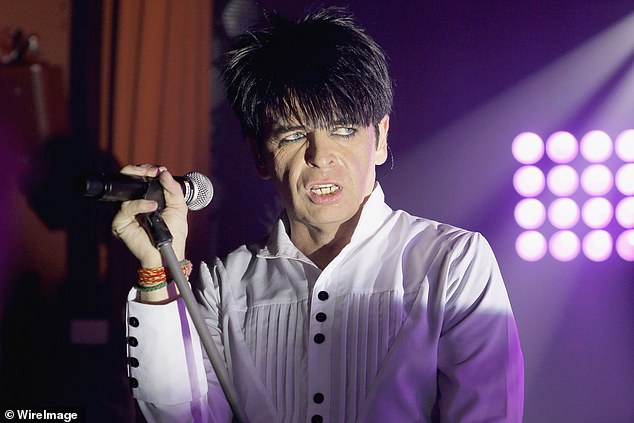 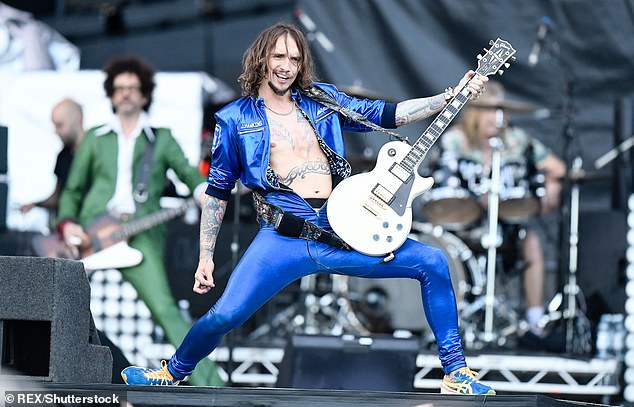 The letter adds: ‘This negotiating failure will tip many performers over the edge.’ Pictured: Justin Hawkins of The Darkness, who was one of the signatories 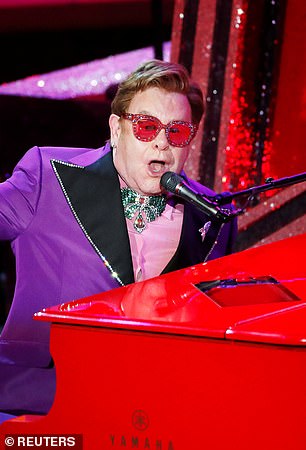 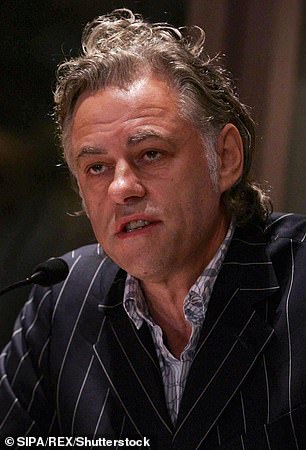 The EU’s chief Brexit negotiator Michael Barnier said this week that the UK government had rejected an offer to grant exemptions to musicians and other artist.

What rules are they concerned about?

Artists and staff will now need separate visas for different EU countries, resulting in a large amount of paperwork for tours across the EU.

They will also need £350 permits for individual instruments and other equipment.

The signatories warn could ‘tip many performers over the edge’, particularly if they are in the early stages of their career.

Culture minister Caroline Dinenage said the EU rejected the UK’s plan, but said ‘the door is open’ if the EU was willing to ‘consider the government’s very sensible proposals’ on visa arrangements for musicians.

Ms Dinenage said a 90-day visa-free travel period for musicians was not offered by the EU, contrary to previous reports.

Culture Secretary Oliver Dowden will today host a discussion with representatives from the music industry to address their concerns.

An online petition calling for a visa-free travel cultural work permit with the EU has so far attracted more than 263,000 signatures.

It came as ‘convoluted’ Brexit rules were blamed for causing left M&S stores in France to start running out of food.

Shelves in the upmarket supermarket’s food halls in Paris and Lille are bare as it becomes the latest company affected by Brexit border delays – with lorries trying to cross the Channel being held up for days.

Images shared on Twitter showed the frustrating situation, with no clear indication of when supplies will be restocked and one shopper claiming the problems have already lasted three weeks.

An M&S spokesman confirmed the lack of groceries was a result of ‘Brexit teething problems’ disrupting supply chains. Sandwiches, biscuits and ready meals such as curries seem to have been among the products affected. 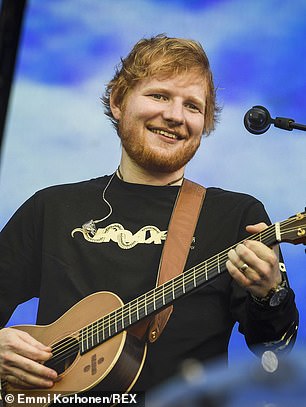 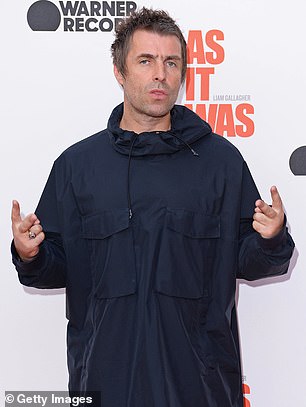 The letter argues there is a ‘gaping hole where the promised free movement for musicians should be’. Pictured are signatories Ed Sheeran and Liam Gallagher 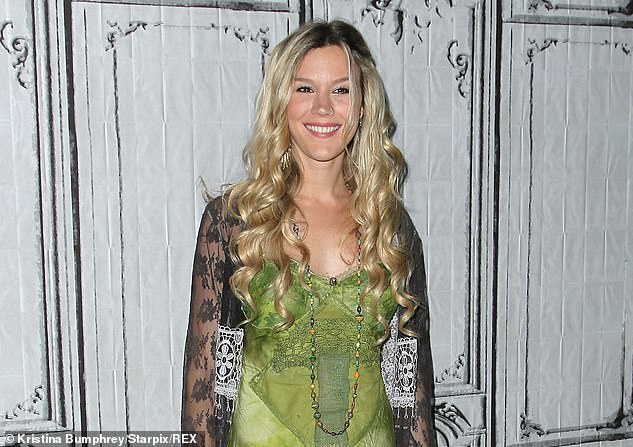 Joss Stone was also among the letter’s signatories. She is pictured at an event in New York