Ministers ready to draft in the ARMY to deal with Christmas strikes, Nadhim Zahawi confirms – as Tory chair urges trade unions not to ‘divide’ Britain in face of Vladimir Putin’s war in Ukraine

Ministers are ready to draft in the army to deal with the wave of pre-Christmas strikes being planned by trade unions.

Nadhim Zahawi, the Tory chairman, revealed the Government was considering using the military to drive ambulances or staff border points amid workers’ walkouts.

He also warned trade unions not to ‘divide’ Britain during the festive period, as he heaped blame on Russia’s invasion of Ukraine for the cost-of-living crisis.

As well as nationwide rail strikes, bus drivers, postal workers, teachers and nurses are all planning industrial action in the run-up to Christmas.

Amid the threat of widespread disruption, Mr Zahawi this morning confirmed the Government was putting contingency plans in place.

He insisted it was the ‘right and responsible thing to do’ in the face of industrial disputes throughout the public sector. 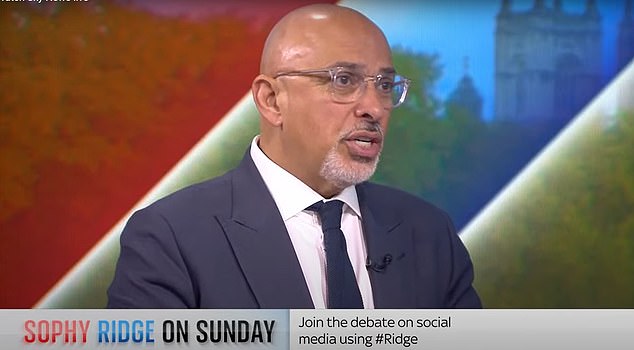 Nadhim Zahawi, the Tory chairman, revealed the Government was ready to draft in the army to deal with the wave of pre-Christmas strikes being planned by trade unions 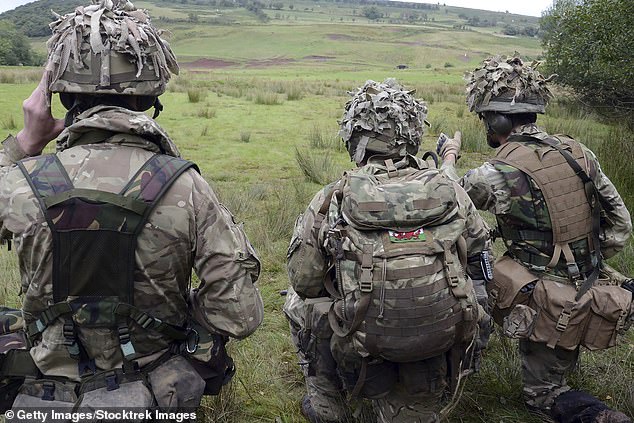 ‘We have a very strong team at Cobra who are doing a lot of the work in looking at what we need to do to minimise the disruption to people’s lives,’ Mr Zahawi told Sky News’ Sophy Ridge On Sunday show.

‘In the unfortunate circumstance, if you do have a strike at Border Force, you do have to make sure there is minimum disruption.

‘We have to make sure are borders are always secure and that is something that we guarantee.

‘Things like driving ambulances and other parts of the public sector – we have got to try and minimise disruption.’

Mr Zahawi also did not rule out using pharmacists to ease the pressure on the NHS during walkouts by nurses and other staff.

It has been reported the Government is considering allowing chemists to diagnose patients with minor conditions and prescribe antibiotics.

With the prospect of trade unions plunging Britain into a ‘winter of discontent’, Mr Zawahi warned it was not the time to chase inflation-matching pay rises for workers.

He blasted Vladimir Putin for using ‘energy as a weapon’ when the Russian President was ‘failing so badly’ in his attempt to invade Ukraine.

The Tory chairman blamed the Kremlin’s actions for sky-high inflation rates and insisted workers should not ‘chase inflation’ in their pay packets.

He added: ‘This is a time to come together and send a very clear message to Mr Putin that we’re not going to be divided.’

‘It’s unfair, in my view, for the unions to really damage… and disrupt people’s lives and livelihoods at Christmas,’ he told the BBC’s Sunday With Laura Kuenssberg show.

‘They should really rethink and they should reflect on this because that is exactly what Putin wants to see, that division.

‘Let’s not divide, let’s come together.’