Ministers were last night under mounting pressure to solve the rail strikes crisis as analysis showed walkouts will blow a £1 billion hole in the economy by the New Year.

It comes after the militant RMT union threw the Christmas plans of millions into chaos this week by calling eight days of strikes in December and January.

Yesterday transport ministers remained silent, failing to issue even a single tweet condemning the action or set out their strategy for dealing with it. Labour frontbencher Yvette Cooper declined to condemn the walkouts, despite being asked twice if she supported the strikes.

Campaigners urged ministers to get a grip of the crisis in the interests of long-suffering passengers, who have had a ‘raw deal’ for too long. 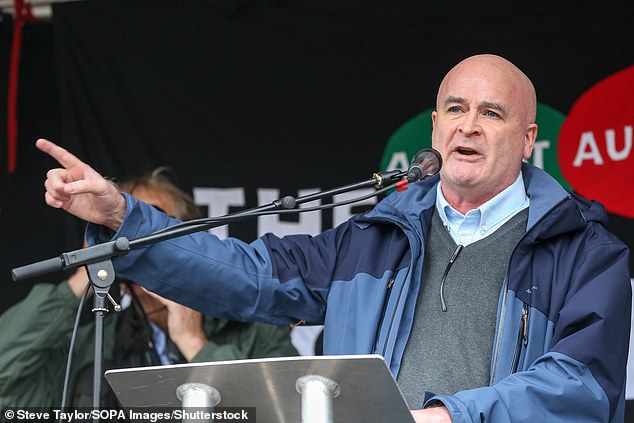 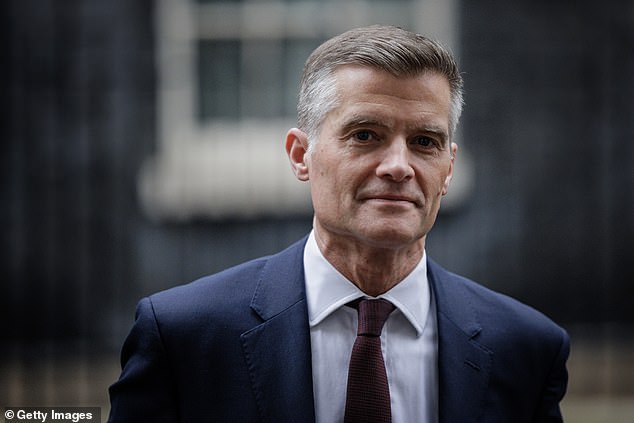 It came as the Centre for Economics and Business Research found the hit to the UK economy of the walkouts will have reached £691 million by January. Many losses relate to staff absences, such as retail or hospitality employees unable to make it to work.

The rail sector estimates lost fare revenue will have exceeded £320 million by January 2023, bringing the total hit to more than £1billion since the strikes began in June.

Lib Dem leader Sir Ed Davey said: ‘Rail strikes have caused untold misery for millions of people, and cost the economy dearly. It’s time for ministers to pull themselves together. They must for once come up with a proper plan, get round the table and make sure that people do not face yet more turmoil over Christmas.’ 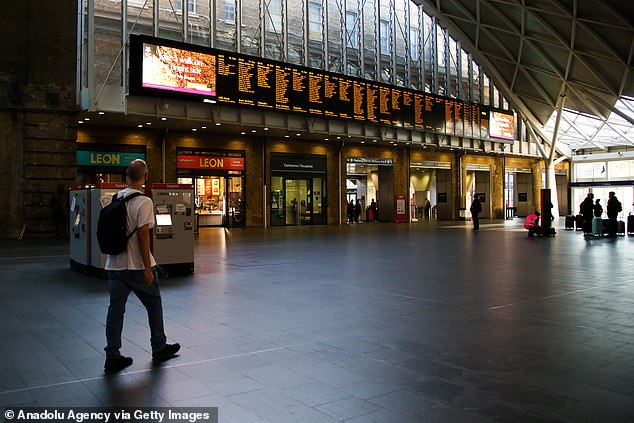 The Centre for Economics and Business Research found the hit to the UK economy of the walkouts will have reached £691 million by January. Pictured: An empty King’s Cross railway station in central London on the third of the three days rail strike action in October 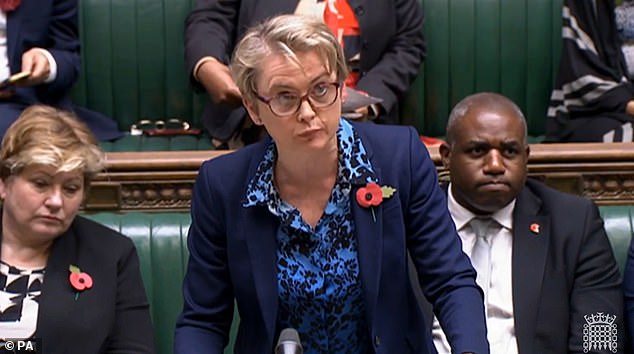 Labour frontbencher Yvette Cooper (pictured in the House of Commons) declined to condemn the walkouts, despite being asked twice if she supported the strikes

Lecturers will hold their biggest-ever strike today and have vowed not to reschedule cancelled classes.

A record 70,000 staff could walk out at 153 universities for three days over pay, conditions and pensions.

The action will affect 2.5 million students, with lectures expected to be cancelled and pickets set up.

Kate Nicholls, chief executive of UKHospitality, added: ‘After two Christmases lost to Covid, these are events and sales the industry can ill-afford to lose. It is imperative that all sides come round the table to resolve this.’

Former transport minister Norman Baker, of the Campaign for Better Transport, said: ‘The cost of all this is becoming huge.

‘We want to see more people on the trains and every time there’s a strike it doesn’t help that objective. Ministers must meet with the unions, agree a deal and sort it.’

The RMT’s walkouts over December and January will be made up of four 48-hour strikes between December 13 and January 7.

A Department for Transport spokesman said last night: ‘Strike action risks putting the very future of the entire industry in jeopardy. We once again urge union leaders to work with employers and come to an agreement.’