Commissioner Rob Manfred announced the suspension Friday, nearly 10 months after a California woman said two sexual encounters in April and May 2021 turned violent without her consent. The Athletic's Britt Ghiroli reports that the suspension begins Friday and does not include games served under his administrative leave.

Bauer tweeted that he intends to appeal. He is the first player to challenge a suspension under MLB's policy.

In the strongest possible terms, I deny committing any violation of the league’s domestic violence & sexual assault policy. I am appealing this action and expect to prevail. As we have throughout this process, my representatives & I respect the confidentiality of the proceedings.

Earlier this month, Bauer filed a defamation lawsuit against the woman who said he assaulted her. He has also filed suit against two media outlets for defamation over their coverage of the accusations.

Another accuser also came forward with claims of a similar incident in 2017, when he was with Cleveland. Bauer's camp has called that second allegation "categorically false," while insisting the California encounter was entirely consensual. 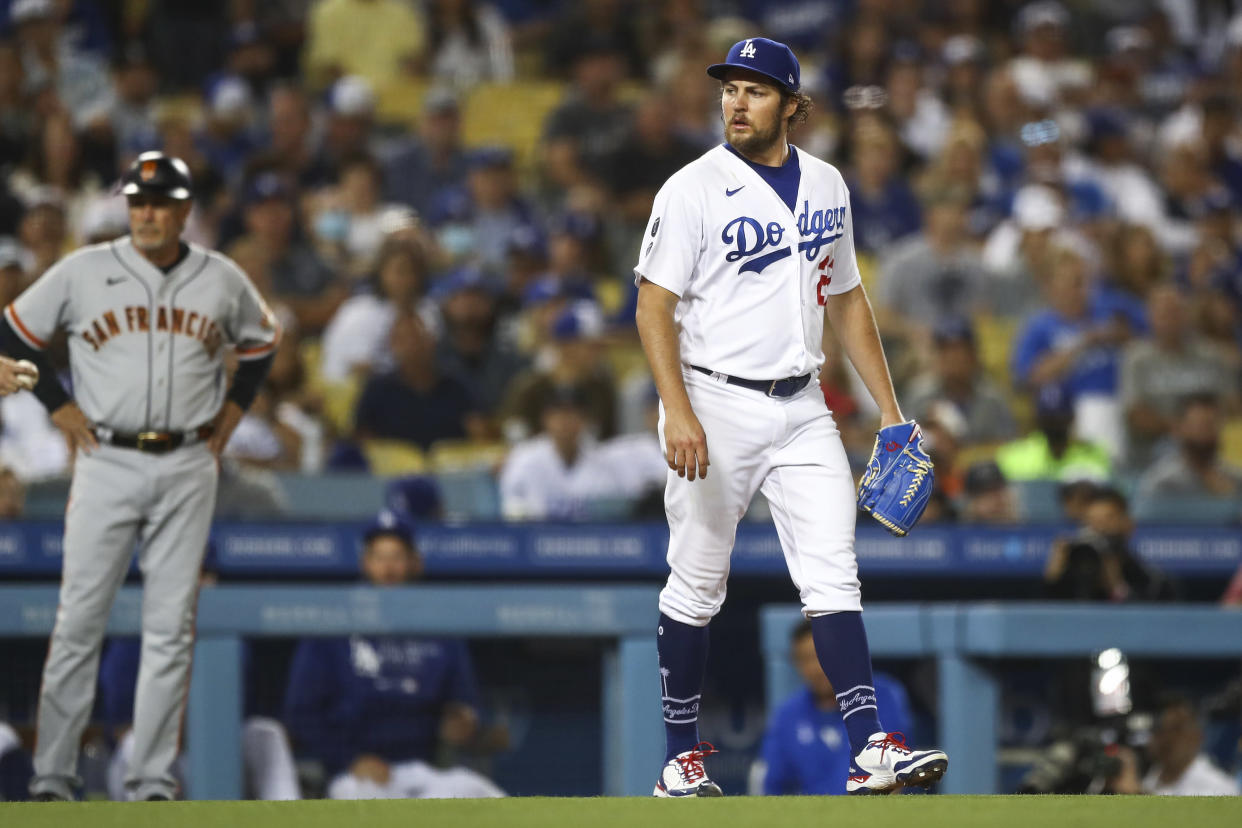 Under MLB's current domestic violence and sexual assault policy, Manfred has not required guilt or even criminal charges to levy a suspension. In 2019, for instance, Dodgers pitcher Julio Urías was arrested for misdemeanor domestic battery and ultimately not criminally charged. Manfred issued a 20-game suspension.

The longest an MLB player had been suspended under the policy without being charged is a full season. Manfred issued that discipline against reliever Sam Dyson in March 2021. MLB has previously suspended 14 players over the six years the policy has been active and it has ranged from 15 games to 162. None of those players appealed.

The two-season suspension will be unpaid. Bauer's paid leave lasted 99 games — repeatedly extended with the agreement of the MLB Players Association. It began in the first season of a three-year, $102 million deal with the Dodgers and stretched into the second. While on leave, he made $28 million in 2021 and was slated to make $32 million in 2022, having already received a $10 million signing bonus. The Dodgers, who had refrained from commenting on the case, issued a statement Friday that largely maintained that.

Bauer has an opt-out after this season, but if the suspension holds up under appeal, he will make no further money from the contract.