This is the terrifying moment a driver in a stolen Range Rover repeatedly rams a BMW carrying a man and two children during his brazen getaway.

Neighbours captured the scenes in Plaistow, East London, as the Range Rover was used a battering ram to clear a getaway path down the narrow road which was lined with parked cars.

During the incident, the driver rammed the BMW 6 series and damaged as many as 12 parked cars while hurtling backwards before returning to ram the BMW out of his way.

Locals, who rushed out onto the street in their droves to see what was going on, have said the car was stolen just streets away moments before the carnage ensued and the Met Police have confirmed they are investigating. 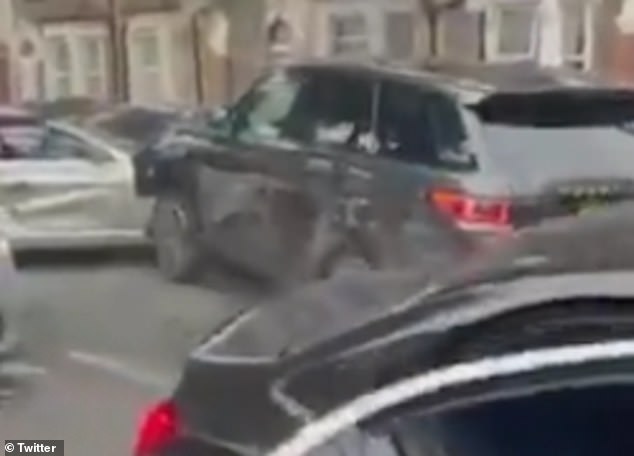 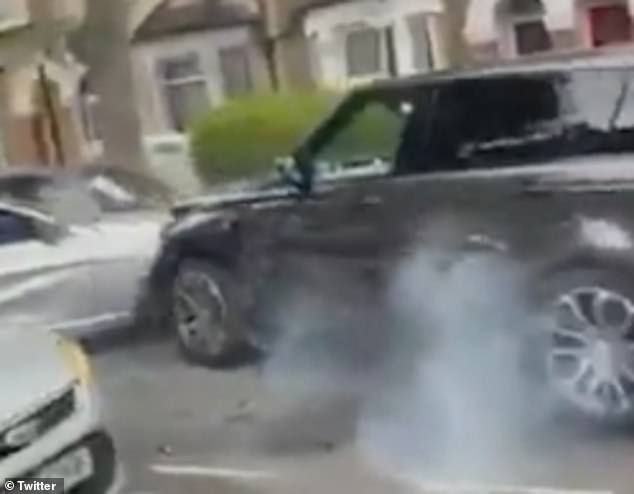 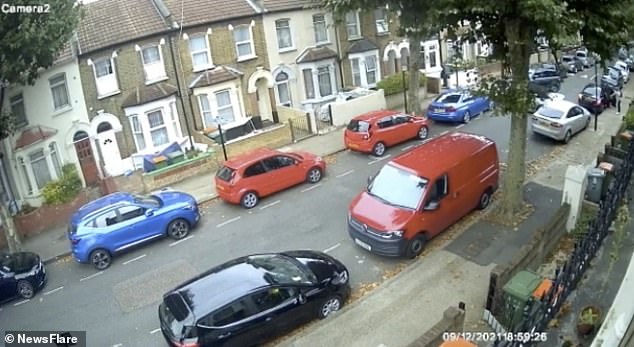 CCTV footage captured the start of the incident which shows the BMW heading towards the Range Rover and witnesses claimed the driver was about to pull into a space before the SUV driver took matters into his own hands.

The video shows the Range Rover smash into the BMW, forcing it several feet and then sideways across the road, hitting two parked cars.

The BMW driver, who was sitting on the side of the car closes to the Range Rover, can be seen getting out of the vehicle and is about to check on his two young passengers when the Range Rover begins speeding towards him again.

The BMW driver dives out of the way and rushed round the other side of the vehicle as the Range Rover reverses back down the road and begins repeatedly smashing into the car to try and move it out of the way. 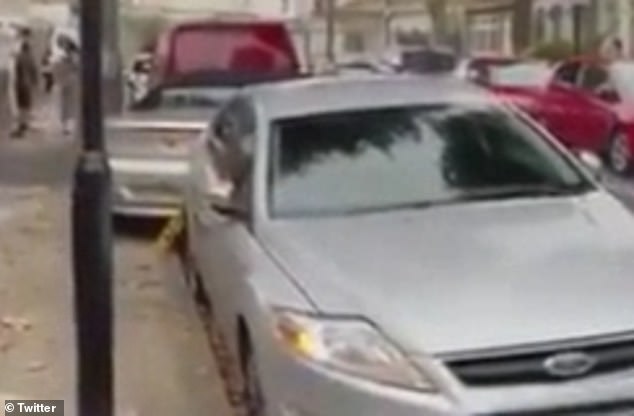 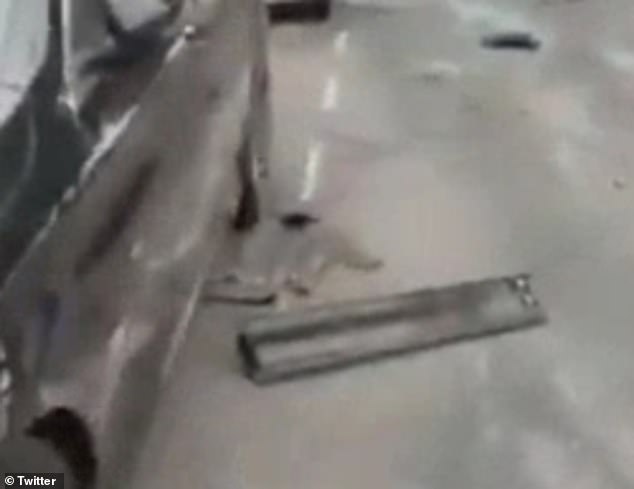 CCTV appears to show a young girl get out of the car before the vehicle is hit a second time followed by a young boy moments later and they rush to the pavement.

White smoke can be seen billowing from the Range Rover’s wheels as the driver attempts to rev his way past the BMW but he succeeds in shunting it into a space and drives down the road.

Police say the car was abandoned and the driver was seen getting into a second vehicle before making his getaway from the scene.

A spokesman from the Met Police said: ‘Police were called to Benson Avenue, E6, at 16.46pm on Sunday to reports of a Range Rover car colliding with a number of other parked vehicles.

‘Officers attended. A group of at least 10 vehicles were found to be damaged and it was reported that one vehicle, containing a man and two children, had been pushed onto a footpath.

‘The Range Rover had been reported stolen from Melford Road, E6, a short time before the collisions.

‘The driver left the vehicle and got into a another vehicle before police arrived.

‘There have been no arrests. Enquiries are ongoing.’