Female driver, 24, who smashed BMW through wall at 80mph and ‘nosedived’ car onto BEACH left seriously injured friend in vehicle while she removed vodka bottle and laughing gas

A young mother smashed her BMW car onto a beach at 80mph on a night out,  leaving one of her passengers with a fractured skull and spine.

Macauly Boswell-Morgan, 24, was ‘more concerned’ with removing a vodka bottle and laughing gas canisters from her crashed car than helping her injured passenger, a court heard.

Her terrified passengers pleaded for her to slow down before she smashed into a low brick wall without pushing the brakes.

Swansea Crown Court heard the car was sent flying through the air until it nosedived down an embankment onto the beach below. 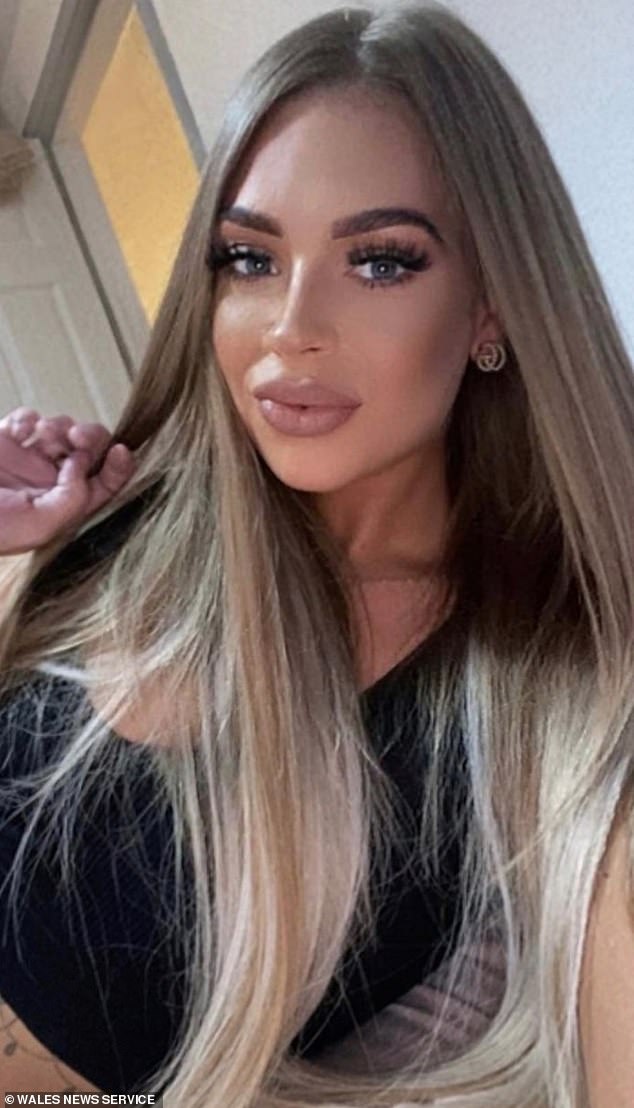 Macauly Boswell-Morgan, 24, was sentenced to two years in prison suspended for two years after crashing her BMW through a wall onto a Pembroke Dock beach at 80mph – leaving her friend seriously injured 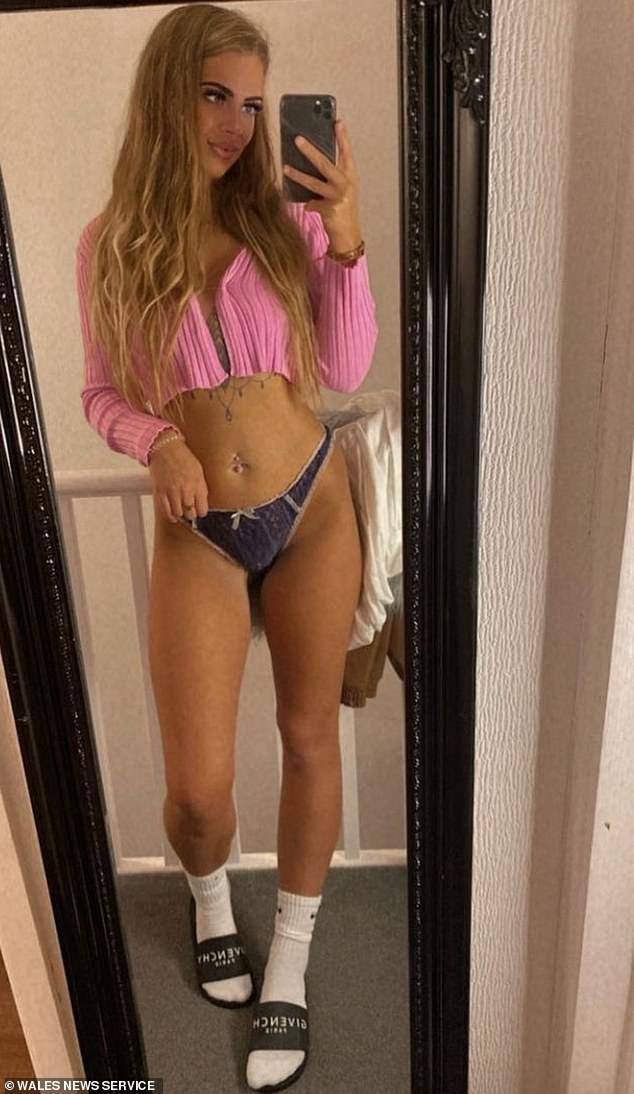 Miss Randall said rear seat passenger Camran Quinn was trapped in the wreckage after suffering injuries to his head and spine.

But Boswell-Morgan and a front seat passenger ‘appeared to be more concerned about removing a vodka bottle and canisters of laughing gas.’

Swansea Crown Court heard Boswell-Morgan and her two male friends had been driving to different locations in June last year.

They reached a long straight lane called Fort Road at 10.45pm which comes to a dead end at a car park and down to the sea.

The court heard Boswell-Morgan suddenly accelerated hitting around 80mph while both passengers told her to slow down.

She smashed into the low wall without making an attempt to brake or swerve causing the car to launch off the ground.

The car travelled ten metres up to 32ft after it ‘nosedived’ down an embankment and crashed on its side on the pebble beach below.

Boswell-Morgan and her front seat passenger both escaped without injury. 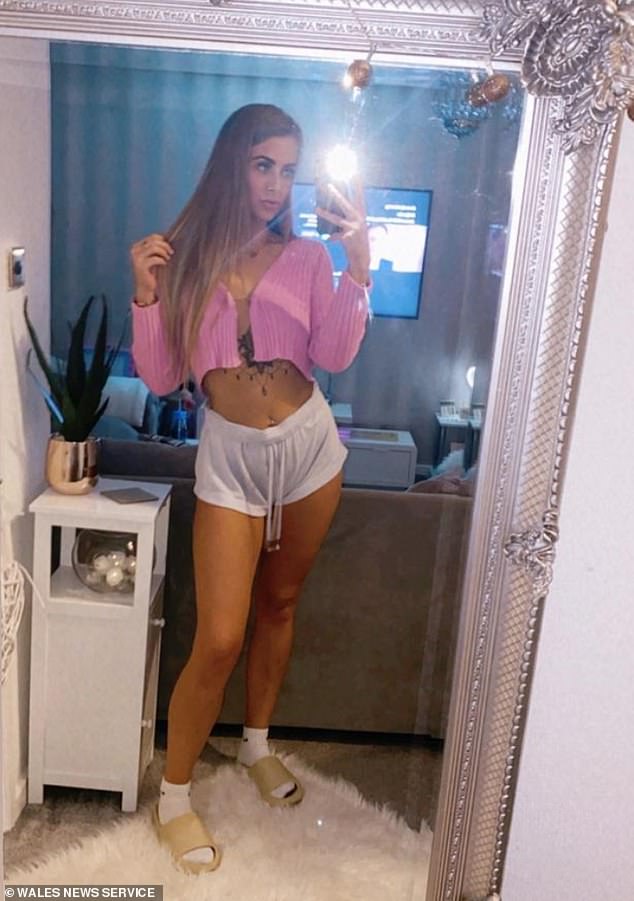 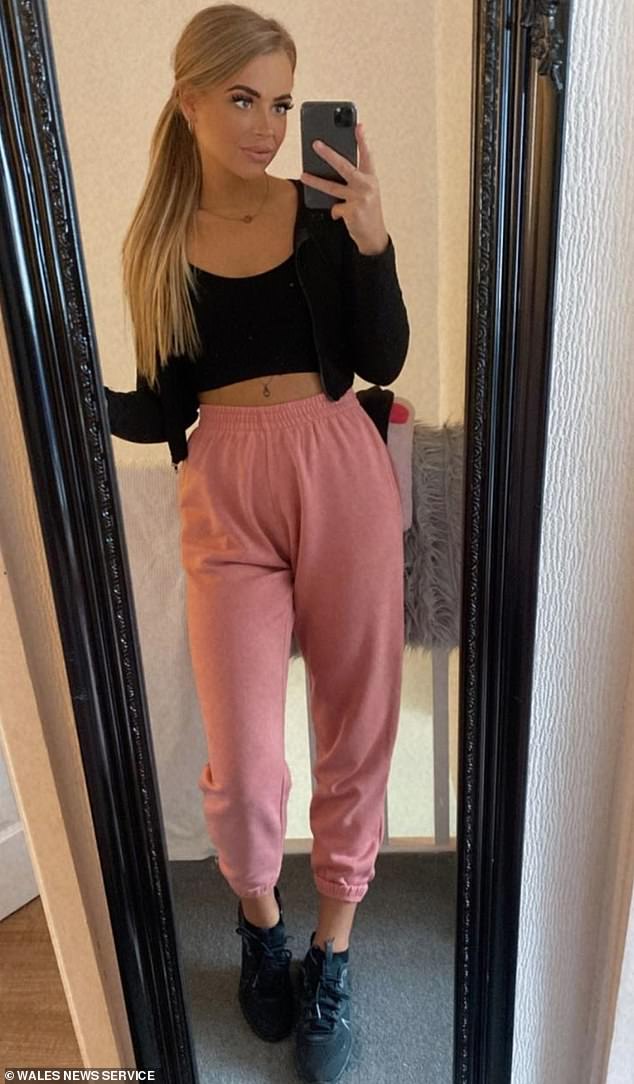 The court heard victim Mr Quinn had to be cut from the vehicle and suffered four fractures to the skull, a bleed to the brain, multiple bone contusions and a fracture to the spine and fingers.

Mr Quinn had to remain hospitalised for 13 weeks following his injuries.

In a victim impact statement, he said: ‘I’m still suffering the effects of these injuries and will do for the foreseeable future.

‘I’m fearful that these after-effects will be with me for years to come and I’ve been depressed to the point of staying in my room and avoiding others.

The court heard drugs tests on Boswell-Morgan confirmed she had a small quantity of cannabis in her system at 1.2mcg – below the legal limit of 2.

Judge Paul Thomas said: ‘Had Mr Quinn been killed that day as opposed to seriously injured, your sentence would be at least seven years in prison.

‘But one factor is more than any other in this case, and that’s the fact that you’re a primary carer for your son.’

Boswell-Morgan was sentenced to two years suspended for two years.

She was ordered to carry out 200 hours of unpaid work and was disqualified from driving for two years.