What’s wrong with good old cheese and pickle? M&S plans new ‘kebab shop’ flavour sandwich but not all customers are happy with the ‘downmarket’ idea

Marks and Spencer may have thought it was appealing to shoppers with a wide variety of taste buds when it launched its new ‘kebab shop sandwiches’, but some customers were less than impressed with the new lunchtime menu.

The retailer had already introduced an extra-spicy sandwich with a curry filling which boasted it could be ‘the hottest in the world’.

Now M&S has said that it is planning a ‘sandwich showdown’ in which customers will get to vote on its next flavour of sandwiches, right after it announced the release of a spiced mint lamb doner meat treat.

However some customers joked they would be sticking to the classic versions such as cheese and pickle. 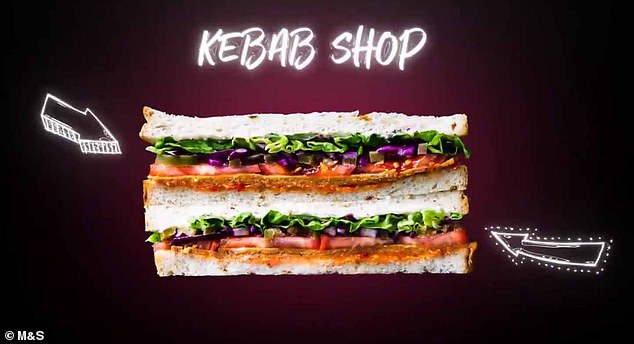 The brand announced it would be introducing ‘kebab shop’ inspired sandwiches such as the spiced mint lamb doner meat sandwich, above 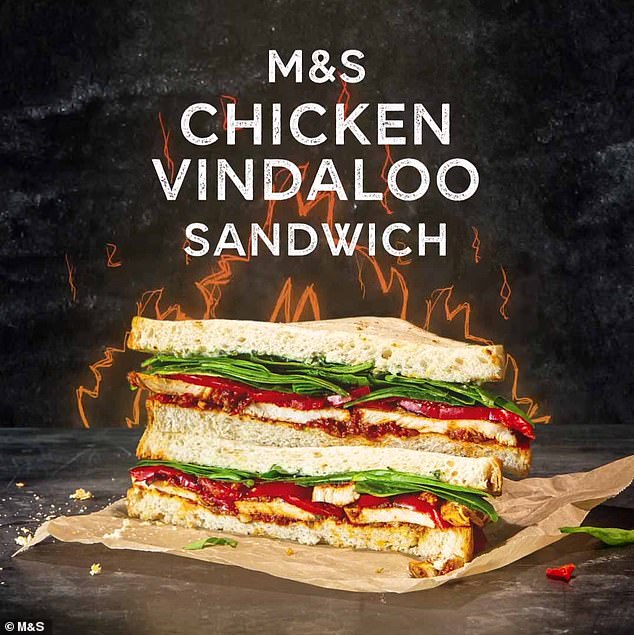 M&S tweeted: ‘Vote for our next flavour and only the winner will get its chance to shine on shelves.

‘What will you pick: Kebab Shop with spiced lamb OR a BBQ classic, Smokehouse Chicken?

‘Pick your #MyMarksFave – the winner will be in store later this month!’

Around 20,000 people have voted and Smokehouse Chicken has 67 per cent of the vote.

M&S replied: ‘Not at the moment but we’ll do our best to get it back again!

‘You can’t beat that combination’.

This is while one Twitter user Rosie and Rollo – said: ‘You continue to become down market.’ 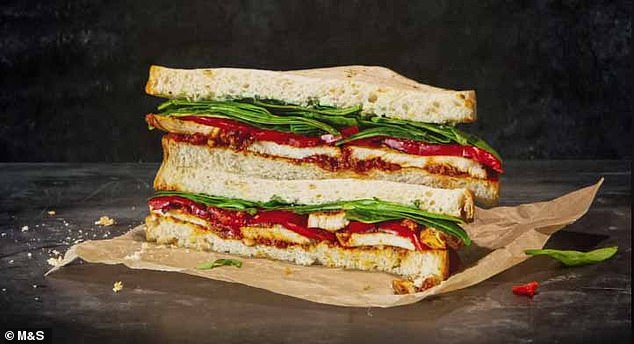 Cbeck added on Twitter: ‘My favourite a good clean cheese and onion sandwich……maybe with a cheeky cider…..none of that gunk rubbish!’

Another tweeter – Shaggymoose – joked: ‘Kebab shop sarnie, combine it with a kebab flavoured @PotNoodle for dipping and you’ve got yourself a perfect lunch.’

The announcement comes just days after M&S proudly announced the vindaloo sarnie is already on sale.

It tweeted: ‘Red alert. Is this the hottest sandwich in the world? 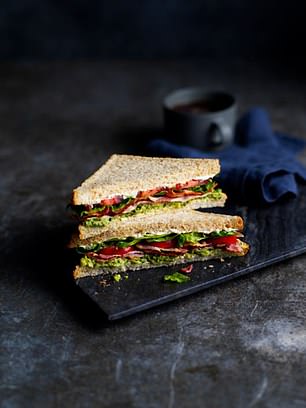 ‘Tag a friend to take the spicy sarnie challenge – can they stand the heat?’

One shopper Jason said: ‘Had that new M&S chicken vindaloo sandwich for lunch and didn’t think it would be that punchy, but it has proper f**ked me up.’

Mitchell Robson added: ‘Why did I think buying M&S new Vindaloo sandwich would be a good idea, sweating like a pig on a spit roast, mouths on fire.

‘Teach me for doing the typical ‘Oh I can handle spice’ like the moron I am £d**khead #somuchpain.’

It comes after M&S faced a backlash last week over its LGBT sarnie.

‘Each season we introduce new fillings to the range and for this summer we’re adding eight street food inspired sandwiches and wraps and are asking customers to help us choose the flavours they’d most like to see in store.’ 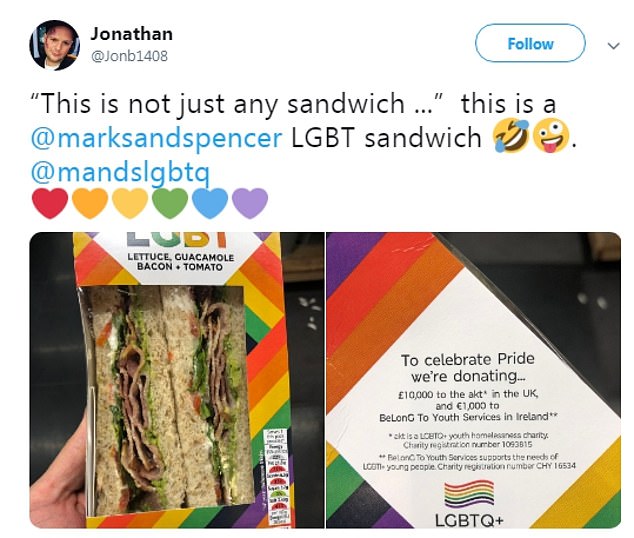