Woman who spent £3,000 a year drinking 20 cans of Irn-Bru every DAY for 25 years reveals she has finally kicked habit thanks to hypnosis

A mother who spent £3,000 a year drinking 20 cans of Irn-Bru a day has finally kicked her 25-year habit thanks to hypnosis.

Carole Lamond, 57, became hooked on the Scottish fizzy drink when she was a young girl in Glasgow before she moved to London.

She was only able to kick her habit after she was hypnotised by therapist David Kilmurry.

The human resources manager returned to Scotland around 25 years ago, where she began swigging several cans of Irn-Bru a day.

During lockdown, her addiction spiralled out of control as she worked from home and started guzzling a staggering 20 cans before bed. 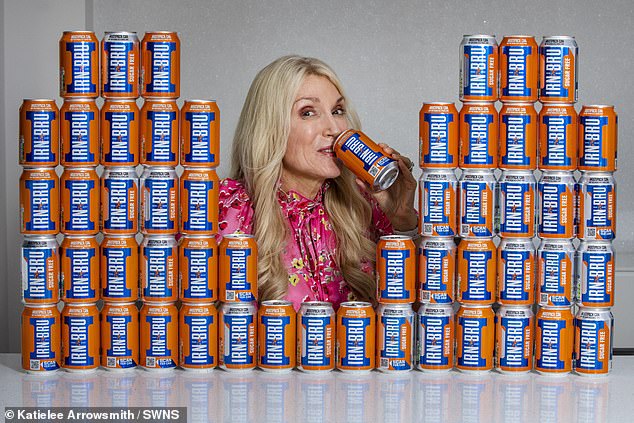 Carole Lamond, 57, (pictured) became addicted to Irn-Bru when she was a young girl 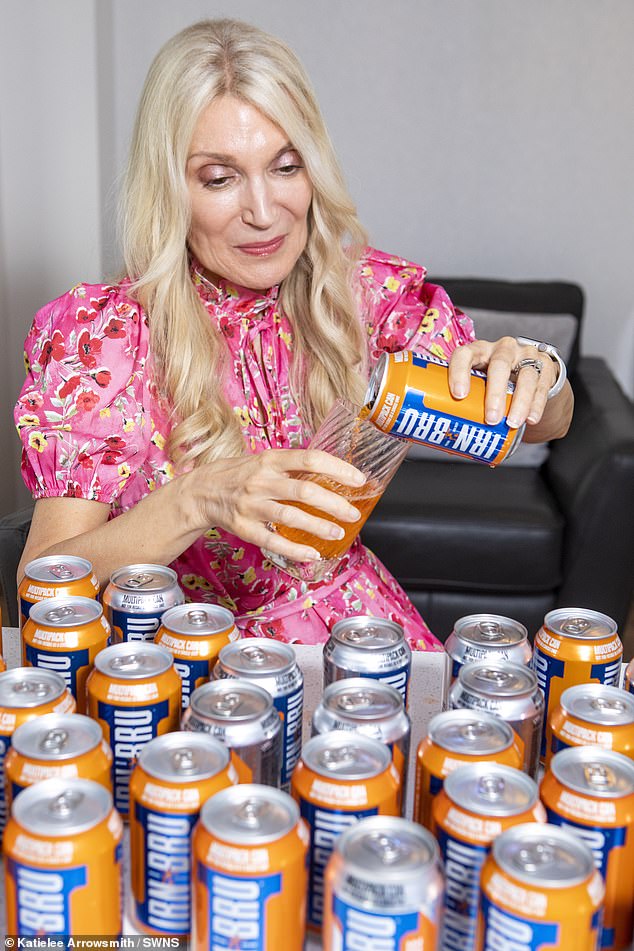 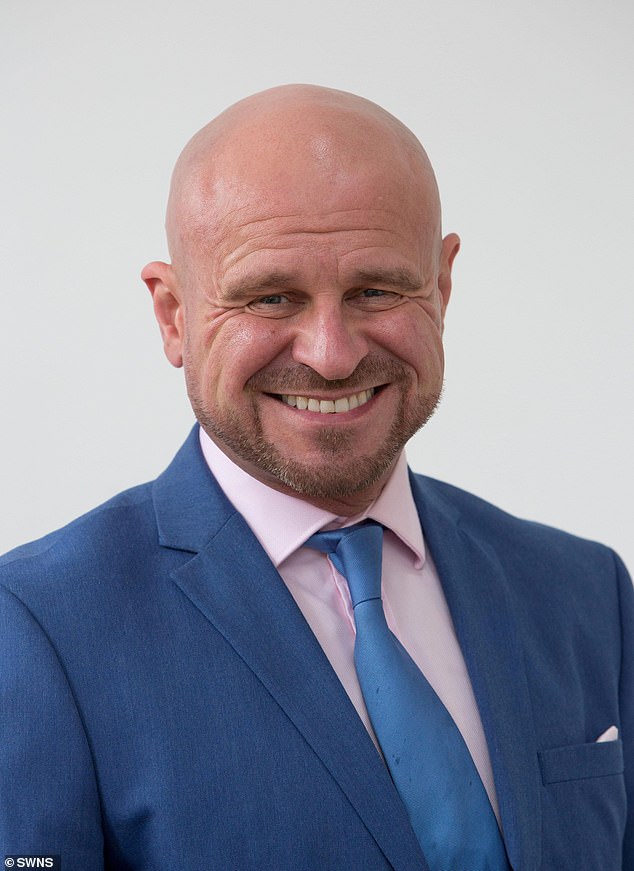 The problem got so bad that she would start hiding it around the house so her husband William, 52, would not find out the extent of her dependency.

Mrs Lamond said: ‘We could have bought several family holidays for the money I was spending. My recycling bin was overflowing each week with cans of Irn-Bru.

‘I would even take secret trips to the dump to dispose of the empty cans. I was like a drug addict trying to conceal my problem. I was literally chain drinking it.’

The mother-of-one knew she needed to kick the habit when she was hospitalised in June this year after suffering dizzy spells, fainting and heart palpitations.

It was originally feared she had suffered a stroke and was even sent for CT scans to see if she had a brain tumour.

Launched in 1901 in Scotland, IRN-BRU is a carbonated soft drink made to an original secret recipe, which contains 32 flavours.

It is famously difficult to describe how the bright orange fizzy drink tastes.

In 1901, steel workers working on the re-building of Glasgow Central Station were drinking too much beer to quench their thirst. 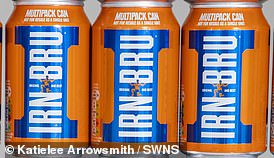 It is famously difficult to describe how Irn-Bru tastes

Glasgow soft drinks manufacturer AG Barr created a tonic-like drink made with caffeine and sugar that could get the workers through a hard day’s graft.

‘Iron Brew’ was born and a long history of it getting Scots through tough situations began.

She said: ‘It was the wake up call I needed really. I knew the amount of Irn-Bru I was drinking had something to do with it.

‘We always had Irn-Bru in the house when I was a little girl as my mum would drink it. It is the Scottish national drink after all.

‘I just loved the taste of it.

‘During lockdown it seemed to get out of control. I was cracking a can at 8am, drinking them all day and having one before bed.

‘I tried to cut down and even went cold turkey but began suffering from crippling headaches. I was displaying all the symptoms of an addict.

‘I was hiding cans from my husband in the garage, the car and cupboards I knew he wouldn’t go into. I’d drink one and replace it so it looked like I hadn’t drank it.

‘It was embarrassing for me but I couldn’t stop.

‘It had to be cans rather than bottles, it was everything from the sound of the can cracking opening to the feel of the aluminum and bubbles. It was bizarre.

‘I’m only 5ft and weigh seven stone, so I must have looked a right sight with a boot full of Irn-Bru.

‘It never became about a weight issue. The rest of my diet and exercise has always been fine but it soon became a health issue.’

After being advised by doctors to cut down to just one can a day, Carole enlisted the help of London-based therapist and hypnotist David Kilmurry.

And after one full hypnotherapy session and a follow up meeting four weeks ago, the former Irn-Bru addict has not touched the drink.

She added: ‘I was sceptical at first as I never really believed in hypnotherapy but I was willing to give anything a try. Incredibly it worked for me.

‘Now I just don’t want to go anywhere near Irn-Bru, even the smell puts me off and makes me feel sick. I can’t thank David enough.’ 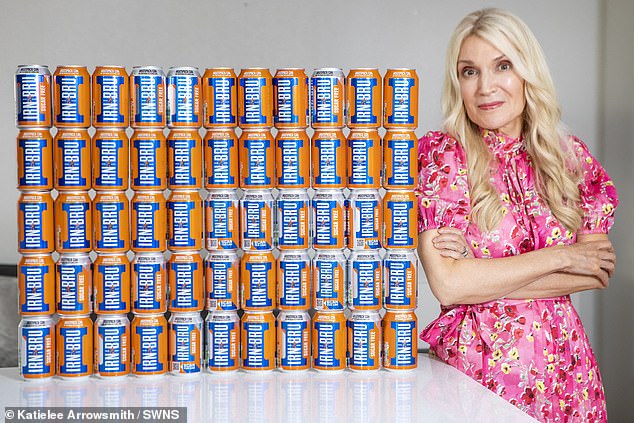 And after one full hypnotherapy session and a follow up meeting four weeks ago, the former Irn-Bru addict has not touched the drink 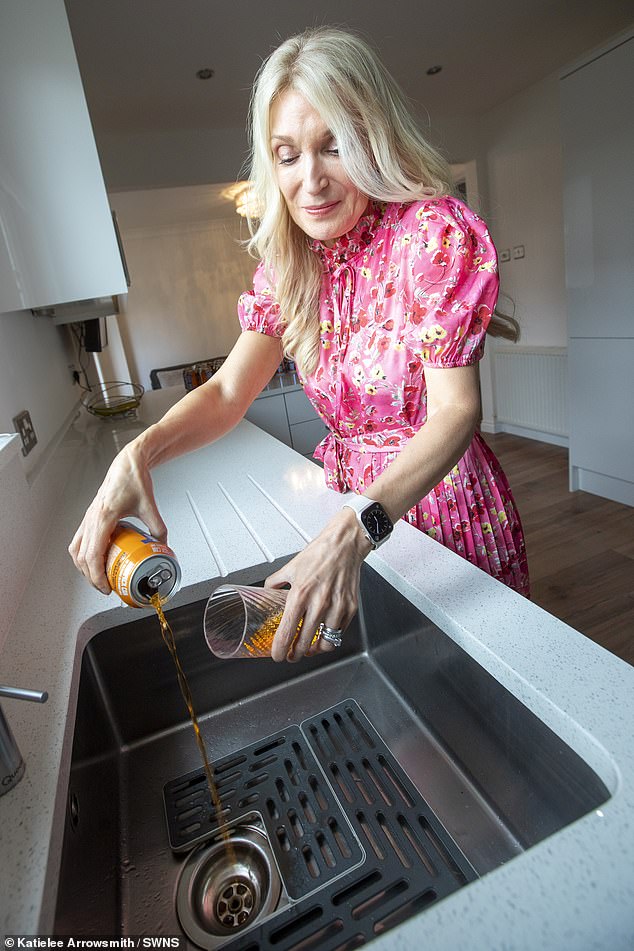 Mr Kilmurry said: ‘Since having her last drink three weeks ago Carole suffered severe migraines and had two days in bed and the first day off work in four years due to the sugar withdrawal.

‘Carole used to pour Irn-Bru into a mug to get her sugar addiction appeased if she was in public.

‘Sugar addiction leads to diabetes, cancers and heart disease and is one of the biggest causes of death in the western world.

‘I treated Carole with some very strong aversion therapy which creates a disgusting taste just at the thought of drinking Irn-Bru. I’m delighted she has finally kicked this awful addiction.’