Home » World News » Mum of girl, 13, starving herself after being called fat online says 'she’s dying in front of my eyes'

THE mum of a 13-year-old girl starving herself after being called fat on social media has begged for help saying: “She’s dying in front of my eyes.”

Dearbhla McCrave — who told her mum all she wants is to be pretty and skinny — is being fed through a tube in hospital with medics fearful she could slip into a coma at any moment. 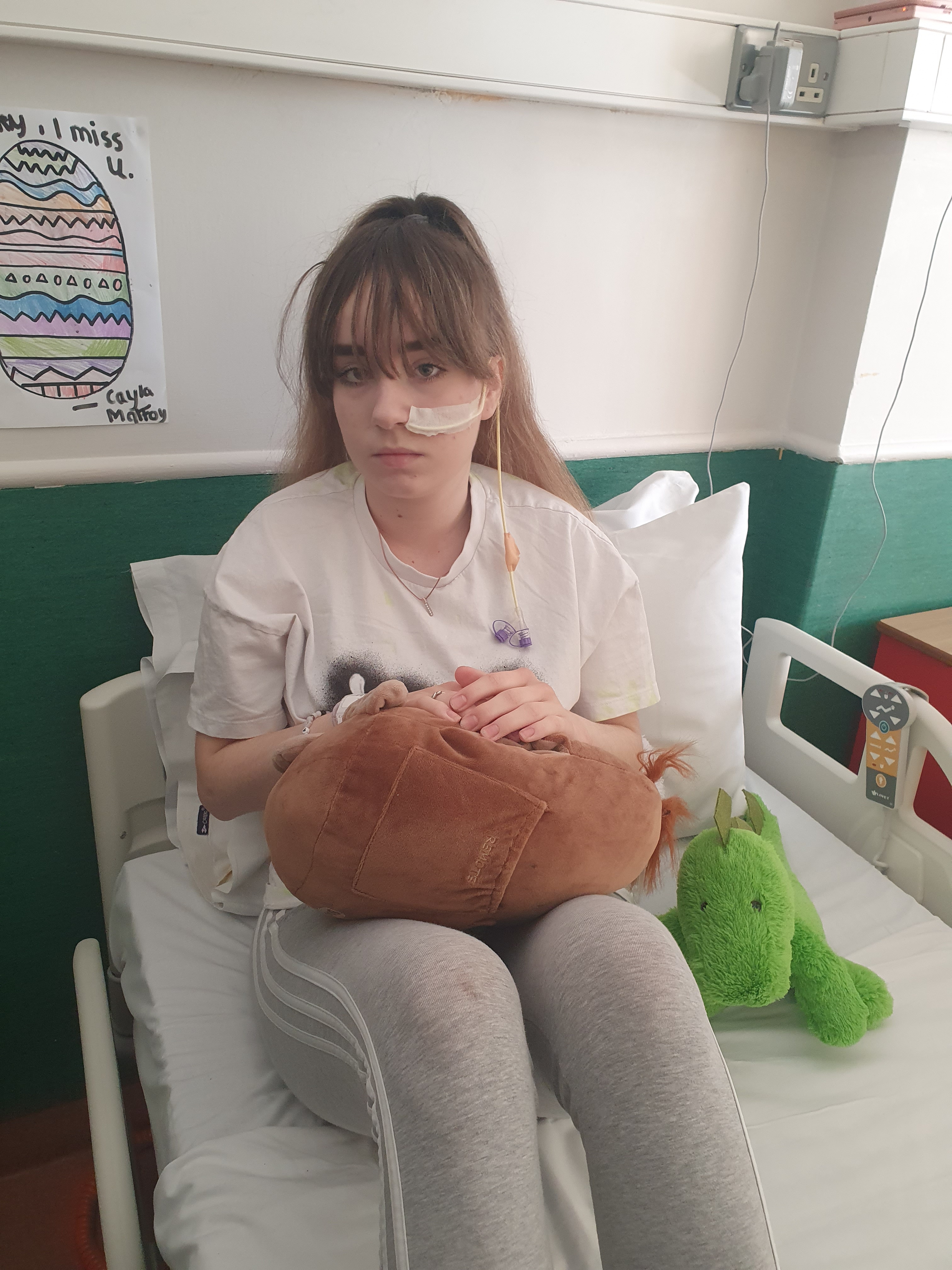 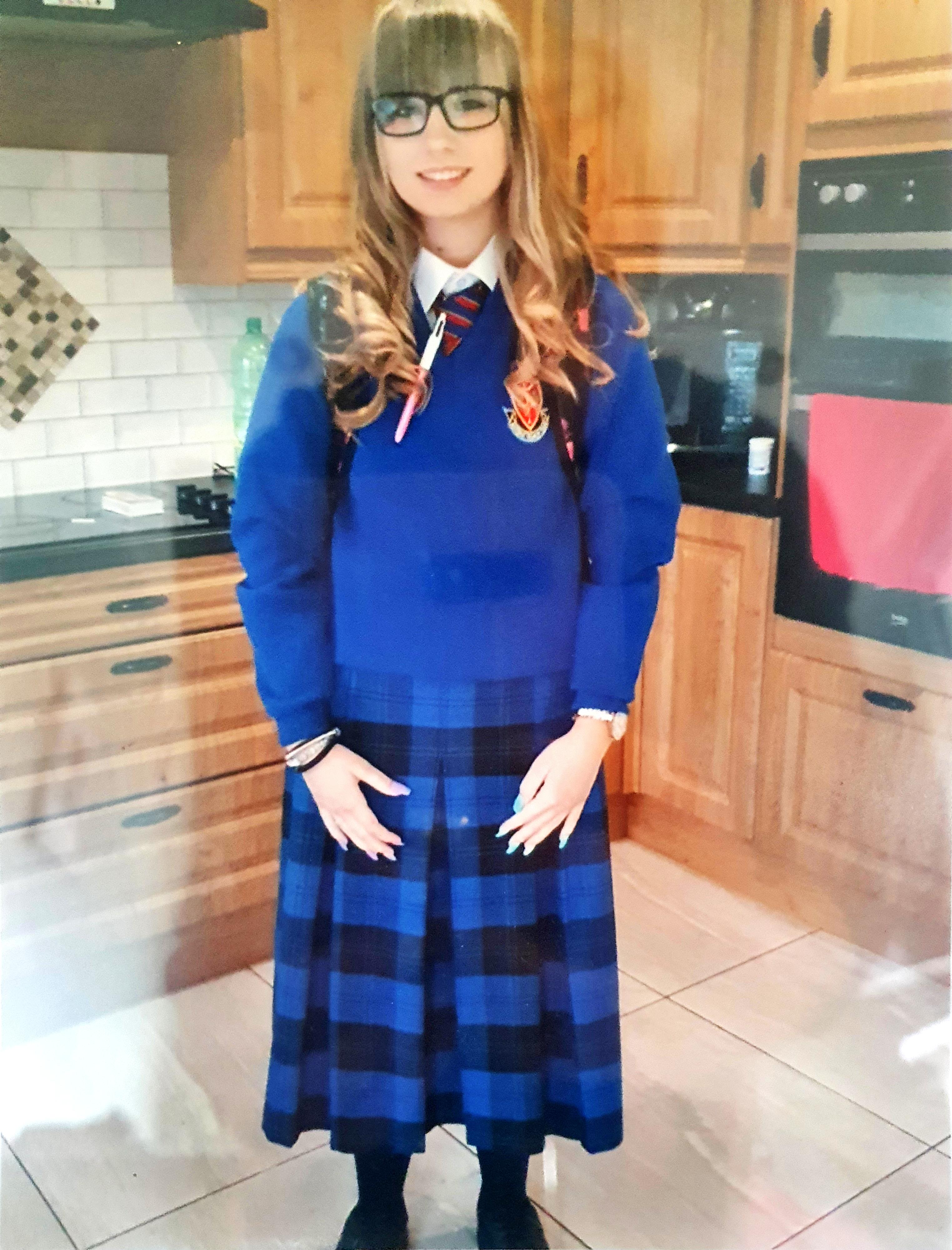 She had her phone seized last week after making a TikTok video from her hospital bed in which she said: “Not recovering, only dying.”

Distraught mum Elizabeth McCabe, from Dundalk, Co Louth, says her child urgently needs to see a psychologist but they can’t get in touch with one and the hospital doesn’t have any for children.

She’s terrified she’s about to lose Dearbhla, who has taken an overdose, and has nowhere else to turn.

The emotional mum-of-four told the Irish Sun: “I’m at the end of my tether now, I don’t know what to do because I’m losing her. She’s literally dying in front of my eyes.

“She’s in Our Lady of Lourdes Hospital and she’s being fed through a tube, but they’re only giving her enough calories to keep her body functioning.

“The nursing staff there are absolutely amazing but they can’t send her home. She could fall into a coma at any moment such is the seriousness of her condition. 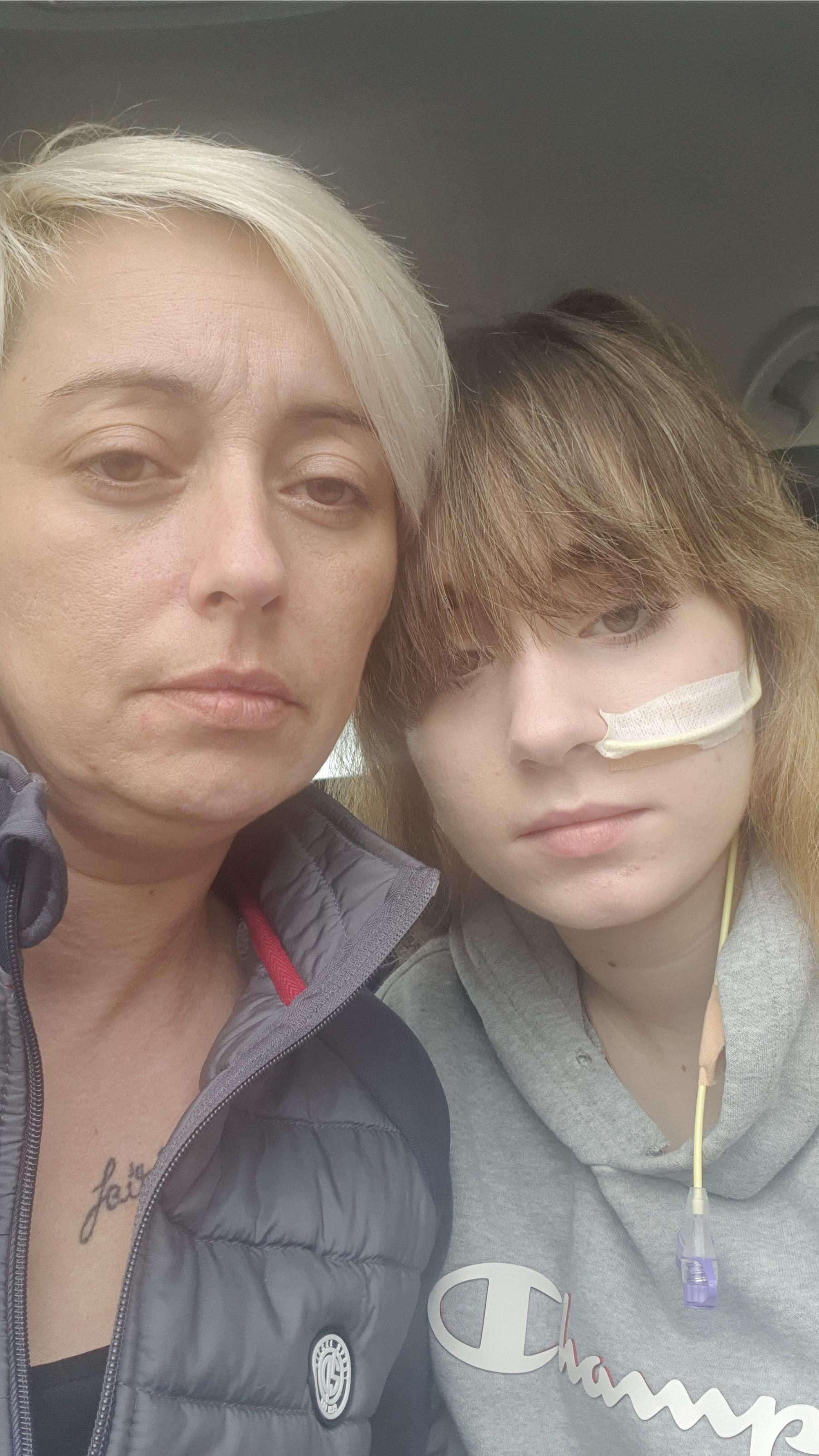 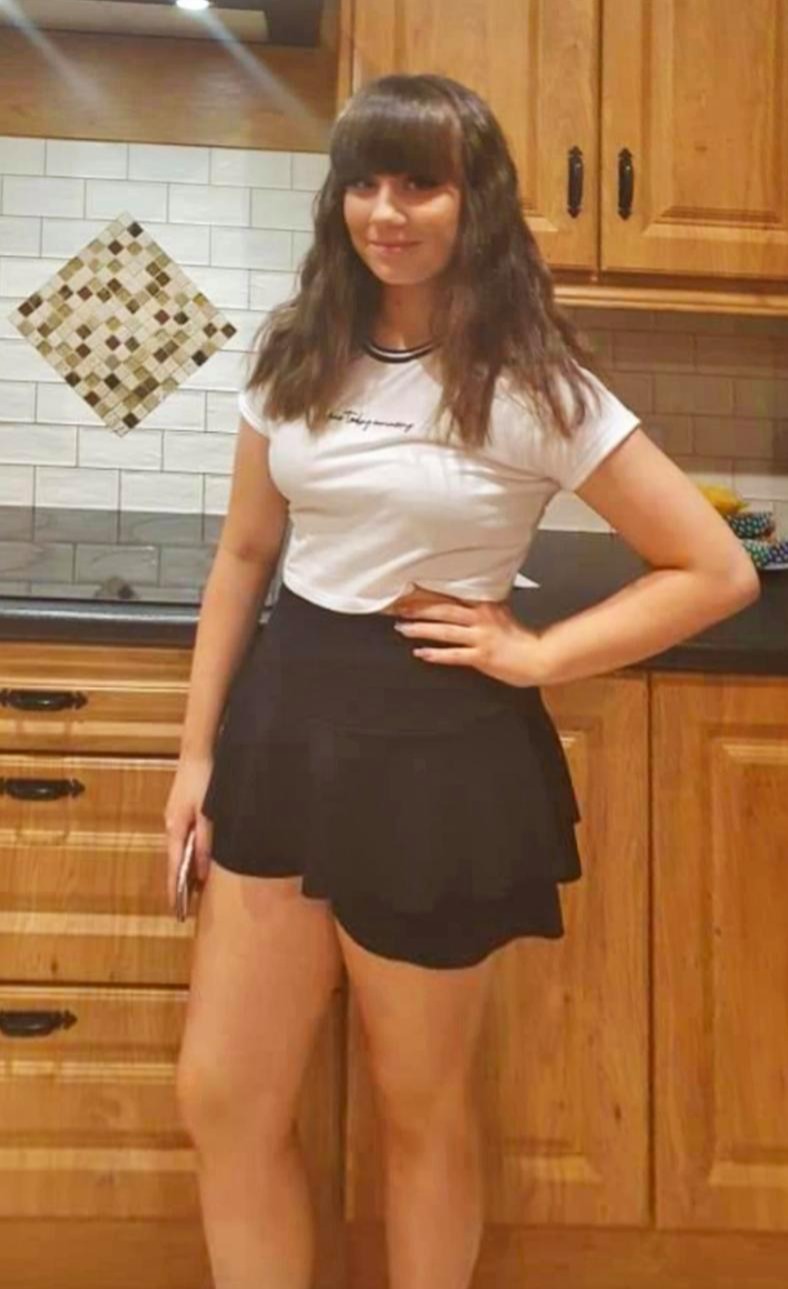 “She needs to see a specialist who can get inside her head and find out what’s going on — but there’s literally no one to see her and Lourdes is not a mental health hospital. She’s only a baby.”

Elizabeth, who has two autistic children, including Dearbhla's twin sister Cayla, said the problems all started in February last year when an anonymous person called her fat on social media app Snapchat.

She added that following this, Dearbhla's eating habits completely transformed. Since then she has deteriorated, resulting in major mental health issues, regular hospital visits, a stint in child treatment centre Linn Dara and an overdose.

Elizabeth explained: “Dearbhla is such a beautiful child. She has eight distinctions in musical theatre and has so much going for her.

“And she hasn’t got a pick on her, she’s beautiful but this has affected her so much.

“It all started right at the beginning of the pandemic, about February of last year.

“After it she said she wanted to be a vegetarian, then she went vegan and then she stopped eating altogether.

“There wasn’t any weight there to begin with but she has literally faded away. I’ve been in and out of hospital with her for months. Then she got a place in Linn Dara, which is a specialist facility for children in Dublin.

“She was in there for five weeks. She found it very difficult, she self-harmed and I was told I’d be able to take better care of her at home.

“She came home on a Sunday night and the following Thursday she overdosed.

“She was rushed back to Our Lady of Lourdes, where she’s been for over a week.

“In that time, she’s seen no psychologist and no psychiatrist and that’s what she needs. She was under a Child and Adolescent Mental Health Services consultant when she was in Linn Dara.

“The hospital has been emailing her and all she’s saying is she’s trying to see if there’s another place for her in Linn Dara — when they told me before that she would be better off at home.

“Meanwhile, my daughter is dying in front of my very eyes and I don’t know what to do to try and help her.”

Elizabeth also revealed that Dearbhla made a TikTok video from her hospital bed last Sunday night in which she said, “Not recovering, only dying”, which has really distressed everyone.

She added: “Her phone was taken off her in hospital after she made this video.

“It has really upset everyone because it’s clearly where her mind is at and no one can do anything to help her.

“The school contacted me about this because a number of other parents in the school had seen the TikTok and were really concerned about their own children.

“And she’s all those things anyway — but that’s all she thinks about, it is awful that this has taken over her life.

“Her head is gone and I just don’t know what to do anymore. She needs help desperately.”

In a statement to the Irish Sun, the HSE said: “The HSE cannot comment on individual cases for privacy and patient confidentiality reasons.

“However, the HSE is committed to providing a child and family centred service. All cases are needs assessed and treatments are tailored according to needs.”

Meanwhile, Sinn Fein’s Mental Health spokesman, Mark Ward, said the main problem faced by people with eating disorders is the lack of services in their own communities.

He told the Irish Sun: “When people receive treatment for eating disorders, a lot can depend on where they live in terms of their access to services.

“Linn Dara is a ­specialised facility for children but it is in Dublin and nowhere else in the country has something that’s similar.

“When children are discharged, they don’t have any after-treatment care facilities in their own communities. Sadly, when this girl left Linn Dara she overdosed. It’s a common story and a vicious cycle.

“There are only three hospital beds for adults with eating disorders in the country and they are all in Dublin.

“This means that when that girl turns 18, there are no services really at all for her. There are more beds for children with eating disorders than there are for adults.

“We need to invest more in mental health services and the services for children and adults with eating disorders.

“Overdosing is the most common form of suicide attempt among young people. I am in the early stages of bringing something to Government to try and limit the access to drugs for young people.

“If a 13-year-old is in need of such care and treatment at this age, it increases the chances of her requiring acute services when she becomes an adult.

“We need to do more and invest more to ensure the right services are available across the country.” 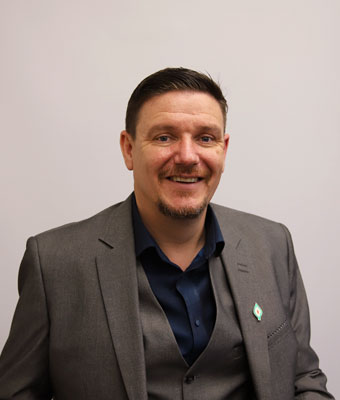