A MUM was left terrified after a note warned her to "send nudes or I'll burn your house down" before finding out it was her NEIGHBOUR.

Gary Braidwood, 41, delivered a series of chilling notes through the woman's letterbox threatening to burn her house down if she didn't email him nude photographs of herself. 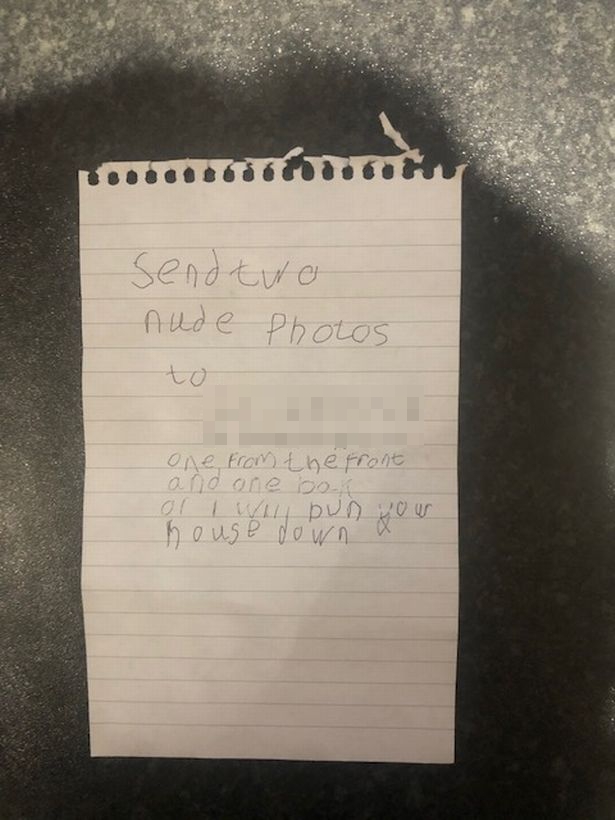 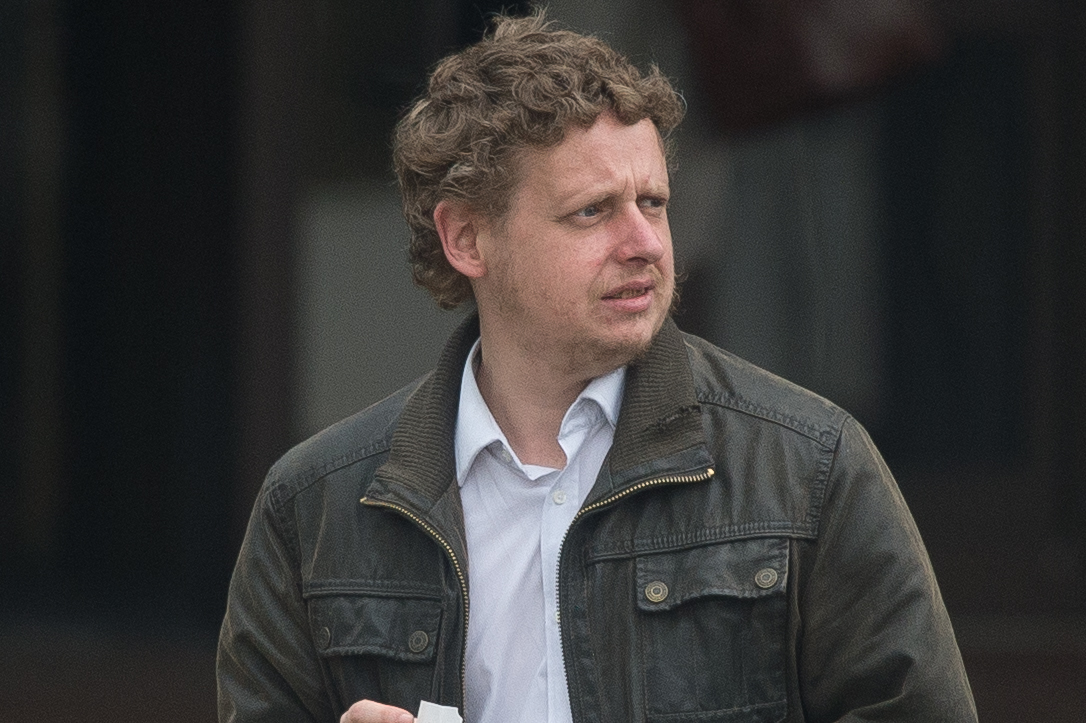 She only discovered who was behind the unsettling hand-written letters after installing a ring doorbell at her property.

The pervert was spared jail after being hauled before Minshull Street Crown Court in March this year – where he admitted stalking his neighbour, who lives alone with her young son in Glossop, Derbyshire.

It has since emerged that Braidwood has a history of offending against women, and was given a community order in 2018 after he lay on the floor at a Tesco store and took 'up skirting' photographs of a young woman.

He then followed her around the shop and take video recordings of her. 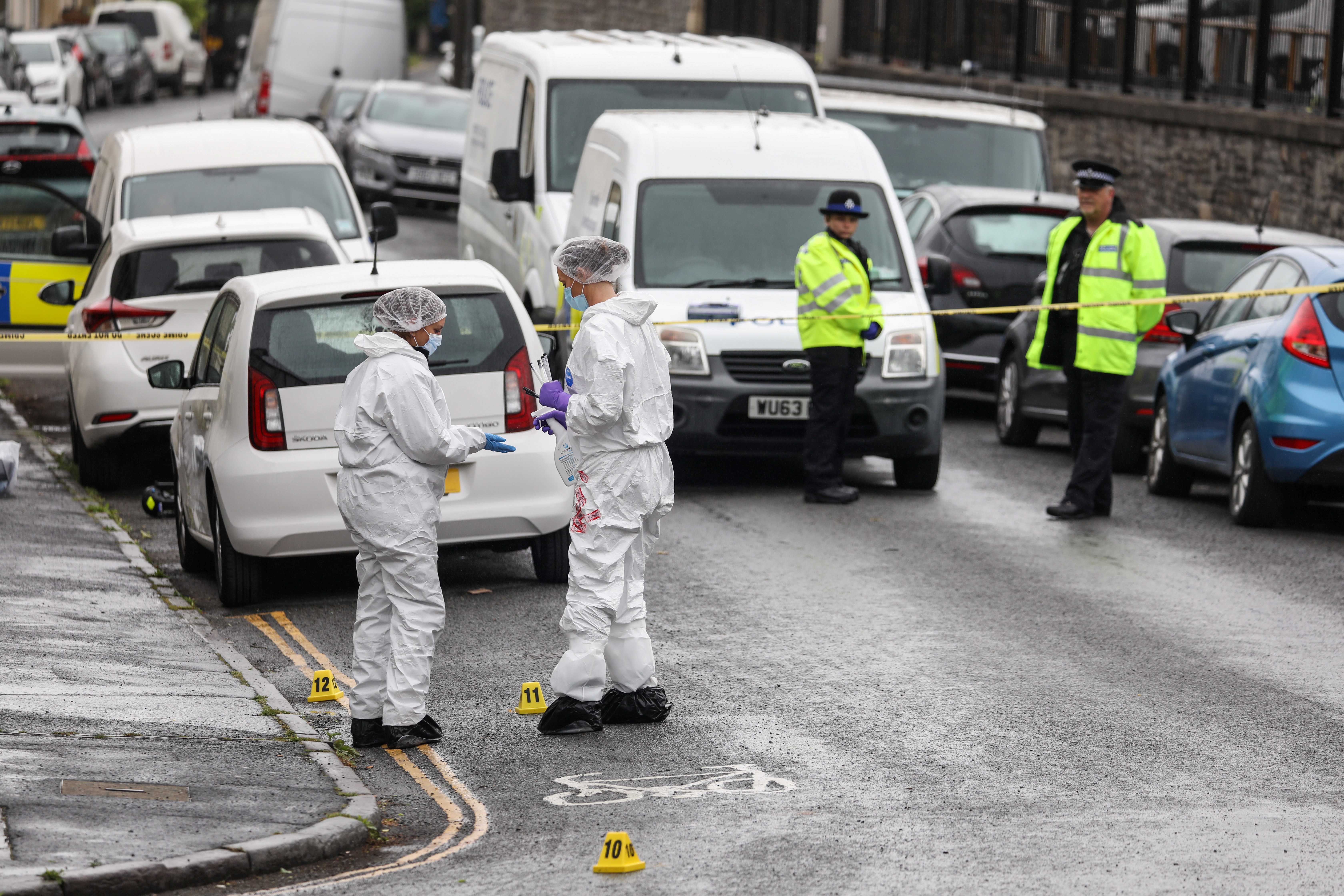 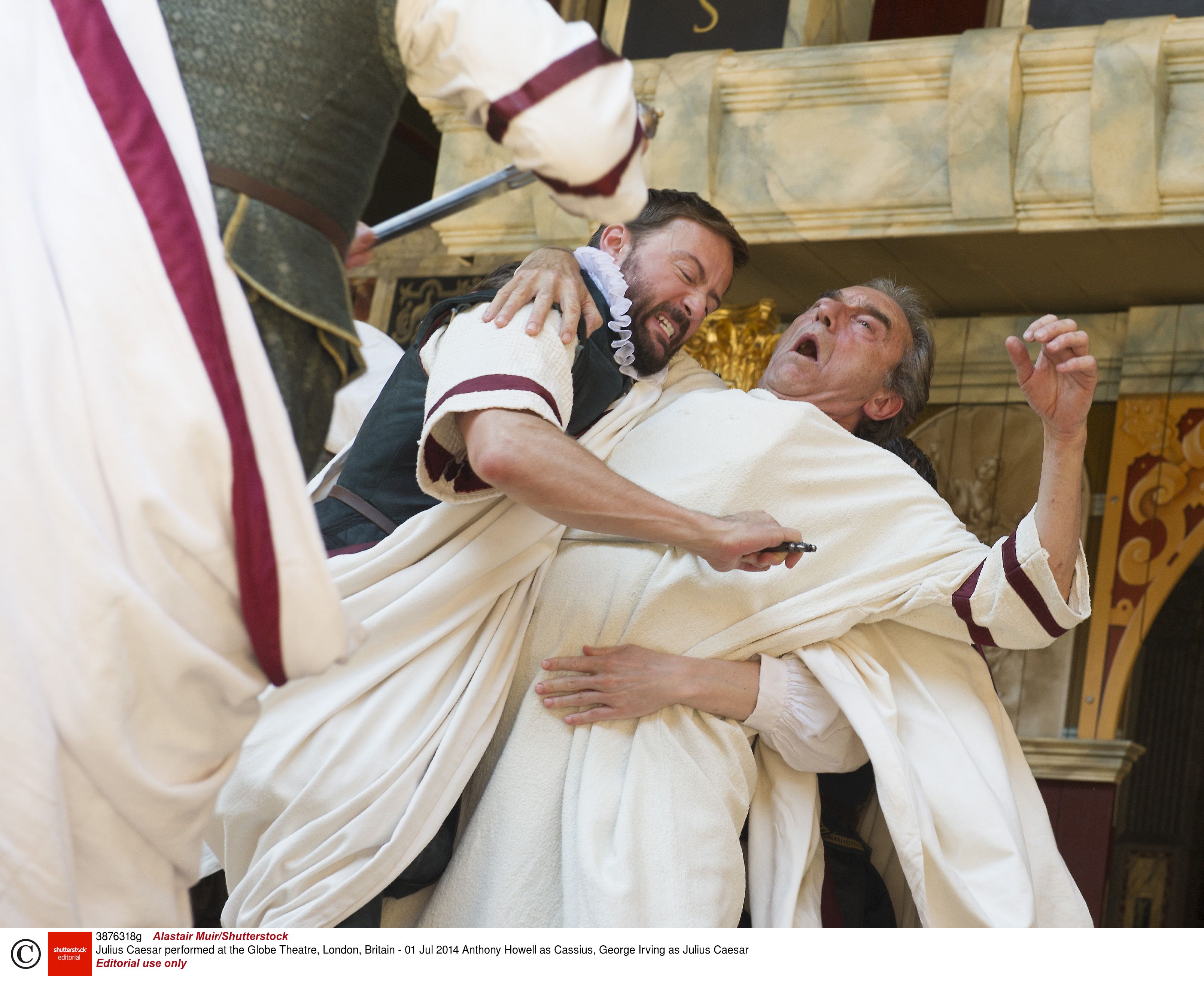 His neighbour, who claims Braidwood is still living on the same street as her, says she wants to raise awareness of his disturbing behaviour and encourage other women to contact the police if they've been the victim of stalking.

The woman said she received the first note at the beginning of November 2021, but thought kids may have been responsible due to the 'child-like' handwriting.

A picture of the note reads: "Send two nude photos to [email address] one from the front and one back or I will burn your house down."

Speaking to the MEN, the woman, who asked not to be named said: "I thought it was kids at first because the handwriting looked almost childlike.

"I definitely dismissed it at first. I decided to report it to the police but they ignored it.

"Over the next week I just got letter after letter through the door.

"They started mentioning my child and saying if I cared about him I would send pictures.

"Another one just said tick tock on it with the email address again.

"I decided to install a ring doorbell to find out who was doing it. The videos are like something out of a horror film with the way he creeps up to the door.

"At this point, I didn’t recognise him or know he was my neighbour."

The woman said she rang the police who told her to forensically bag the notes.

Braidwood was later arrested at the end of November – when it came to light that the man who'd been visiting her door was in fact her neighbour.

She added: "He must not have noticed the doorbell because he visited twice after the doorbell was installed. Either he wasn't aware of it or he just didn't care.

"When it was happening the police put a panic alarm in but I didn’t sleep. I was so frightened.

"I was scared of other men, I felt like I had to hide. I would just put my hood up and hurry past people in case they took a shine to me. I lost a lot of trust in men.

"It was absolutely terrifying especially as I had no idea who he was. He must have been watching me.

"There are other women who live on the street but they have dogs or partners. He targeted me for some reason."

On March 31 at Manchester Minshull Street Crown Court, Braidwood was sentenced to 24 weeks imprisonment suspended for 18 months after pleading guilty to an offence of stalking involving fear of violence.

He was also ordered to complete 30 Rehabilitation Activity Requirement days and was made the subject of a five-year restraining order not to contact the victim.

Despite this, the woman claims Braidwood is still living just a few doors down from her on the same street.

She claims she's been told by Derbyshire Police there is nothing they can do unless he commits another offence.

"After sentencing I asked where he was going to be living and witness care didn't know," she said.

"I was terrified obviously because I could have just bumped into him. Then it turns out he was still living on my street a few houses away from me.

"Thankfully he hasn't contacted me since the court case. I was really worried about him living here whilst I live on my own with my son.

When I told police about it they said they couldn't do anything other than advise me to ring 101 if I had any problems with him."

DCI Steve Bruce, who leads Derbyshire Police's response to stalking, said: "Stalking is an offence that has an enormous impact on victims and is taken very seriously by the force.

"In recent years there has been significant training delivered to officers and staff to ensure that victims are safeguarded, and offenders are brought to justice.

"In this case the force was contacted by the victim on 19 November 2021, with Gary Braidwood arrested in connection with the offences just three days later and then charged and remanded on the 23 November.

"While the force makes every effort to ensure that victims are treated in a considerate and caring manner, it appears that on this occasion we have not delivered a service that was expected by this particular victim.

"While there has been no formal complaint made to the force, I have personally tried to contact this victim in order to speak to her directly to understand what was said to her and any lessons that can be learnt from her experience."

In relation to Braidwood still being allowed to reside on the same street as the victim, a spokesperson for the force said: "Once a person has been charged in relation to an offence it is then a matter for the courts to decide on any relevant sentences that are given.

"In this case a Restraining Order has been put in place – meaning that any contact between Braidwood and his victim will be an offence for which he can be arrested.

"The force also has powers to manage offenders, alongside partner agencies such as social care and probation, in order to safeguard victims and prevent further offending – and this is being progressed by officers in relation to this particular case."