The murder of Patricia “Trish” McDermott by serial killer Juan Covington is examined in the latest episode of Homicide City on Investigation Discovery.

In the early hours of May 17, 2005, a grainy surveillance camera captured the moment McDermott, 48, got off the bus near the Pennsylvania Hospital in Philadelphia, Pennsylvania, where she worked as an x-ray technician.

She was seen walking along a sidewalk with her hands in her pockets and her head lowered. Several seconds later, a male figure began walking next to her for a brief moment before he fatally shot her in the head and fled the scene.

Philadelphia police released a portion of the video footage to the public, along with a composite sketch in hopes that someone would recognize the suspect.

It wasn’t long before investigators received a tip leading to Covington. Police later uncovered that he was McDermott’s co-worker at the hospital, where he worked as a subcontractor.

When investigators reviewed surveillance footage from the Pennsylvania Hospital on the day of the murder, they noticed that Covington went to work in the same clothes he was wearing when he shot and killed McDermott. 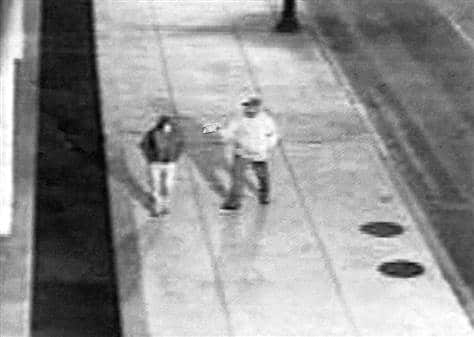 Covington was arrested and charged with murder, reckless endangerment, and weapons violations. He had a handgun in his possession at the time he was taken into custody.

When police asked why he murdered McDermott, he said she was poisoning him with radiation.

An investigation revealed that McDermott wasn’t his only victim. Covington had confessed to the murders of two other people, including a relative, and shooting two others — but they survived. However, police officials believe there may have been more killings.

To avoid the death penalty, Covington pled guilty to the crimes. In March 2006, he received three life sentences.

Do you have something interesting to say about this? Start or join a discussion on our forum!