Police have charged the mother of nine-year-old Charlise Mutten as part of the ongoing investigation into the girl’s alleged murder earlier this year.

The schoolgirl was allegedly shot and killed by her mother’s fiancee, Justin Stein, 31, on January 11 with a small calibre weapon at the grounds of his family’s remote Blue Mountain estate, Wildenstein. 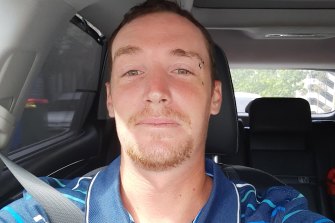 Justin Stein was charged with murder over the death of Charlise Mutten.Credit:Facebook

He was charged with the girl’s murder on January 18.

As part of the investigation into the killing, police have now also charged her mother, Kallista Mutten, 39, over her alleged role in a home invasion in the Mount Wilson area in August last year. 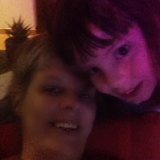 Police allege two guns were stolen during the break and enter.

There is no suggestion the 39-year-old was involved in her daughter’s death.

Police would not confirm whether one of the guns was used to kill the child.

“A woman’s been charged over her alleged role in a home invasion that was uncovered as part of ongoing investigations into the alleged murder of a girl in the Blue Mountains earlier this year,” the statement.

“Following further inquiries, a 39-year-old woman attended Campbelltown Police Station on Tuesday (19 July 2022), where she was charged with aggravated break and enter in company.”

She has not been charged over her daughter’s death.

Police allege the brutal death involved Stein transporting the girl’s body in a plastic barrel more than 200 kilometres across Sydney in his red Holden Colorado ute before dumping it on the banks of the Colo River.

The young girl lived with her grandparents in Coolangatta but was spending two weeks over the Christmas school holidays with her mother.

The mother will face Campbelltown Local Court on August 8.