A MUM has slammed a GP’s surgery after her seven-week-old baby was left fighting for his life after doctors dismissed his symptoms twice.

Courtney Nixon, 27, became worried about baby Colton Weird after he started vomiting after every feed at their home in Fernwood, Nottingham. 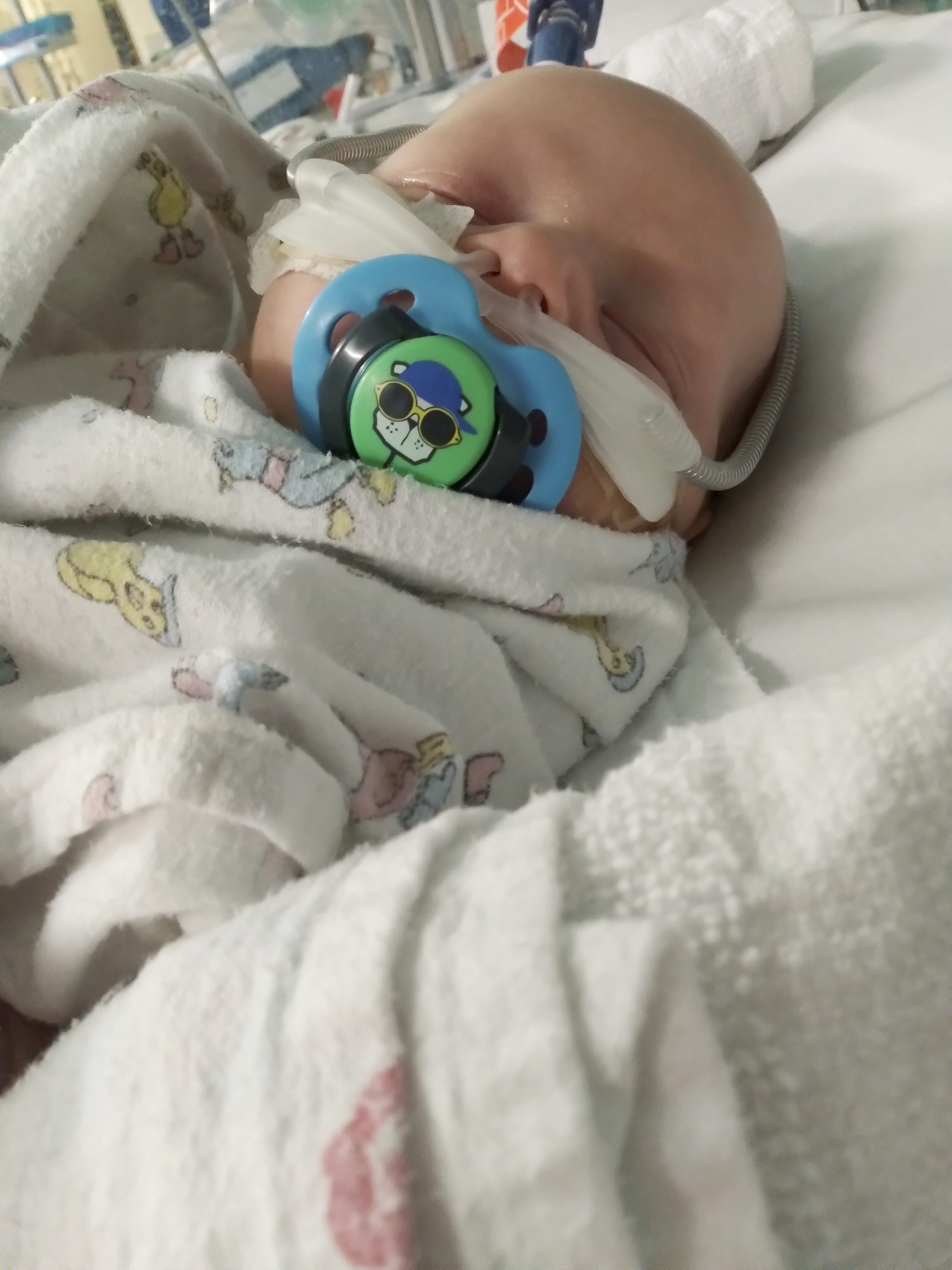 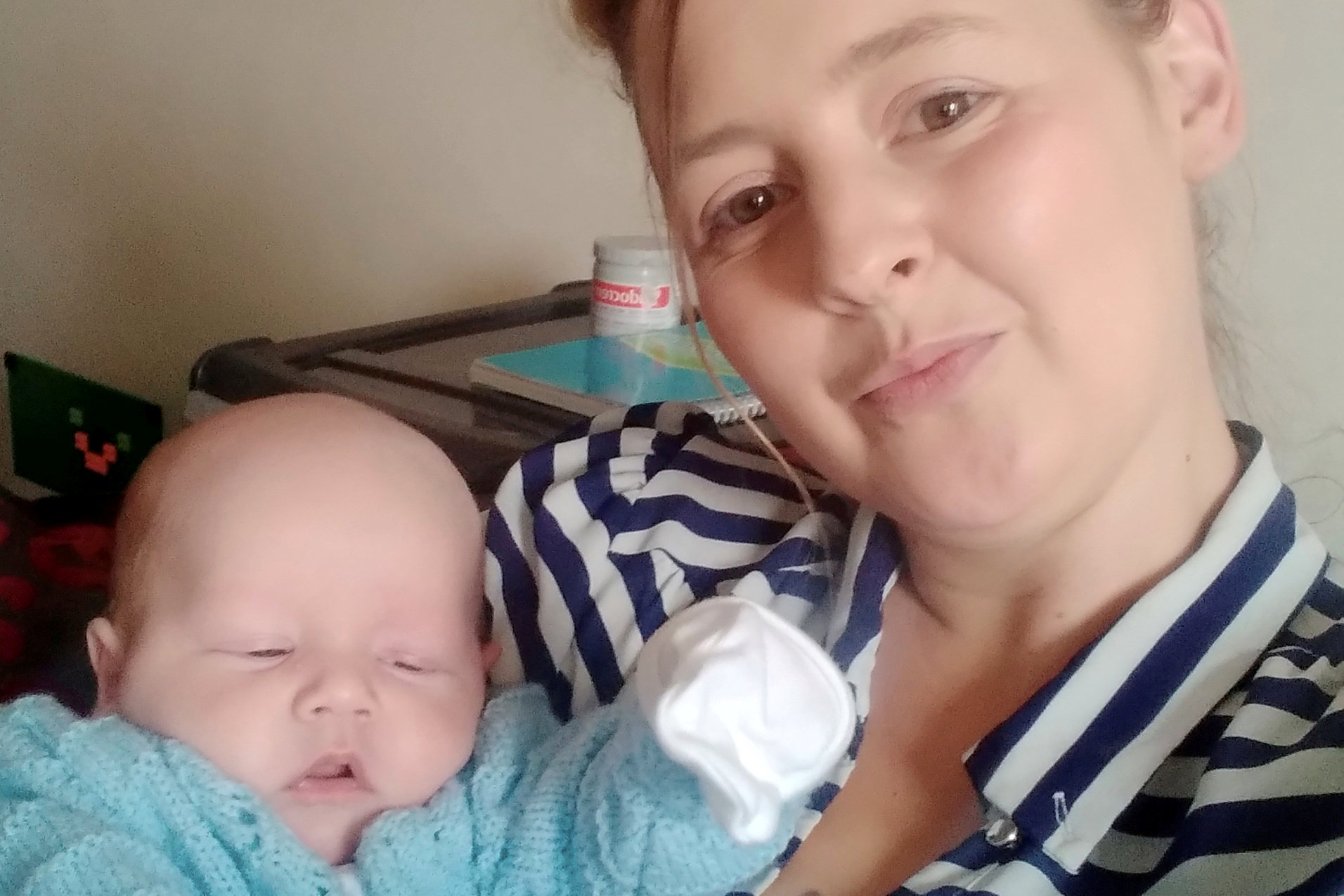 Mum-of-five Courtney took the tot to their GP surgery, Balderton Primary Care Centre, on September 13 after he had been unable to keep milk down for 48 hours.

But doctors sent her home telling her that there was nothing wrong with her son, adding that his laboured breathing was “normal” for a newborn.

Little Colton stopped feeding completely the next day, so Courtney again took him to the surgery and was advised that he was dehydrated.

She was told to take him to Queens Medical Centre, who discovered that his oxygen levels had plummeted and diagnosed the newborn with bronchitis.

He spent more than 48 hours on oxygen in the ICU, and doctors even considered intubating and ventilating the baby boy.

Courtney said: “They told me at the hospital that if I had not taken him in when I did, he would not have made it through the afternoon.

“And it would have been registered as a cot death, because the GP had failed to pick up on what was wrong with him.

“The hospital was just expecting a child that was dehydrated, not critically ill.

“He kept having apnoea, where he would stop breathing for a few seconds and go all grey and floppy.

“Within an hour of arriving at hospital he was in ICU, where he was put on high-pressure oxygen for three days.

“And yet the GP told me before we went to hospital not to pack a bag, as we would be in and out in a few hours.”

Courtney, who has three other boys aged nine, five and two as well as a four-year-old daughter, is now urging GP’s to carry out oxygen tests on children.

She added: “If they had done an oxygen test when I first took him in on Monday morning, he wouldn't have ended up in ICU the next day.

“As a mother to four other children, I knew that my baby's symptoms weren't normal and that there was something wrong.

They literally Googled his symptoms in front of me, and then said it was probably a viral infection and he would be fine

“As a parent, you know your child best, and you shouldn't be afraid to push the doctors if you feel they're not right.

“They can't keep putting children's lives at risk by not doing a simple oxygen test.

“They need to listen to their parents. That is a baby's life you're talking about – and at the end of the day, he was only seven weeks old, it's not like he can speak up for himself.”

The mum became concerned for the tot on September 11 when he developed a chesty cough, after her two-year-old was diagnosed with bronchitis.

She knew that something was wrong, but grew even more worried when he stopped feeding.

Colton was finally able to return home on September 18, a week after the ordeal began – and is now breathing normally again.

But  his mum has slammed Balderton Primary Care Centre for allowing her son to end up in a critical condition.

She said: “I spoke to a senior doctor who said they would be making some changes and would make sure they had the right monitors to carry out oxygen tests on children.

“He was on 5oz bottles when he became sick, but he started only drinking 2oz of that, and then vomiting it back up.

“This went on all weekend, so on Monday morning I took him to the GP.

“They literally Googled his symptoms in front of me, and then said it was probably a viral infection and he would be fine.

“I couldn't believe it. I could have Googled his symptoms at home, you'd expect them to know a bit more than that.

“I said he was struggling to breathe, but the GP told me that it was just normal newborn breathing.

“But the following day, Colton's breathing was still laboured, and he had stopped feeding altogether.

“So I took him back to the GP surgery, and they said to take him to Queens Medical Centre for dehydration. Within an hour of arriving there, he was in the ICU.

“They were talking about intubating and ventilating him and all sorts.

"Luckily they didn't have to do that in the end, because they put him on a high-pressure oxygen machine, which kept his lungs open to allow air in.

“But it was so horrible seeing him like that”

The Sun has contacted Balderton Primary Care Centre for comment. 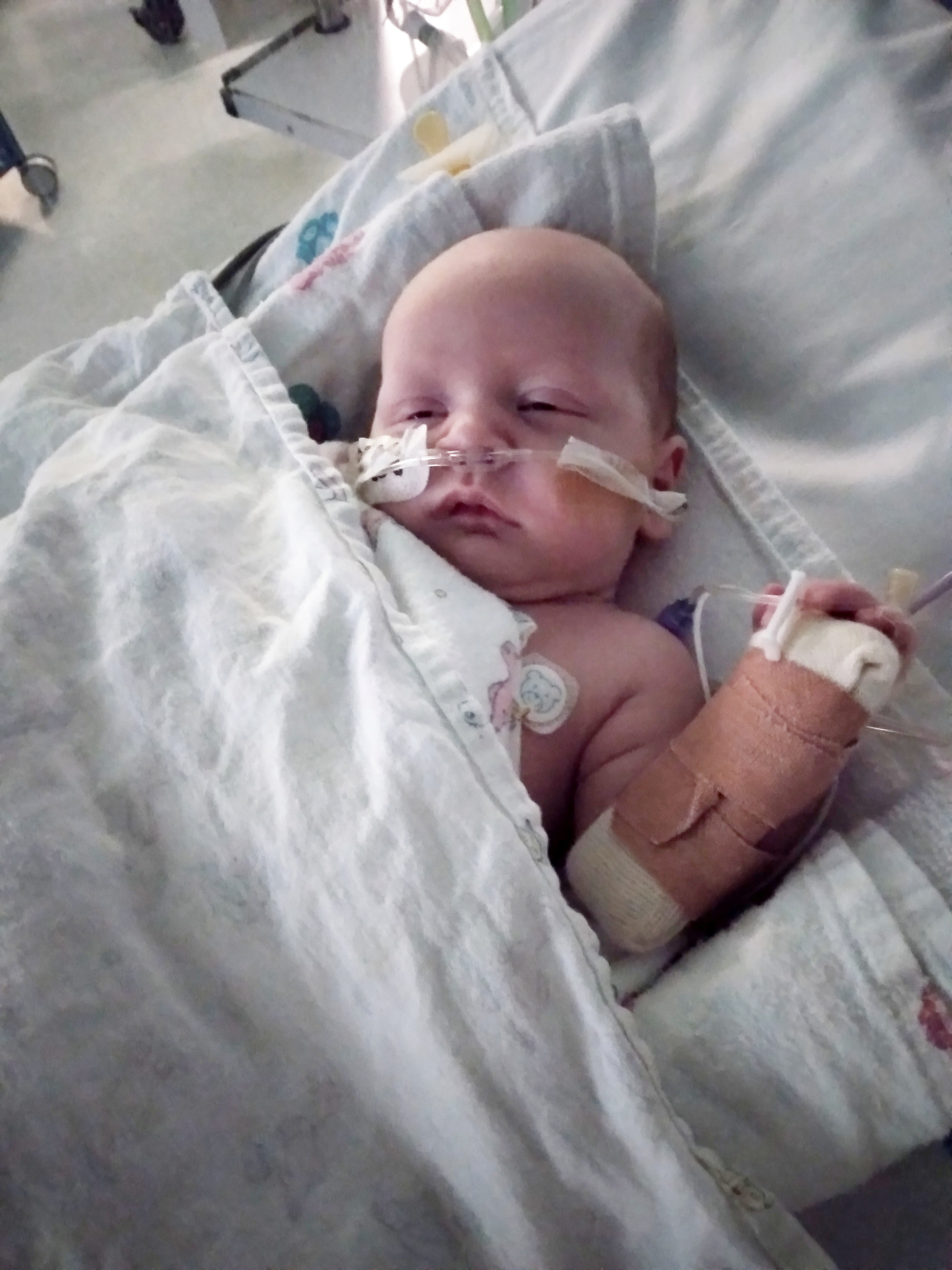 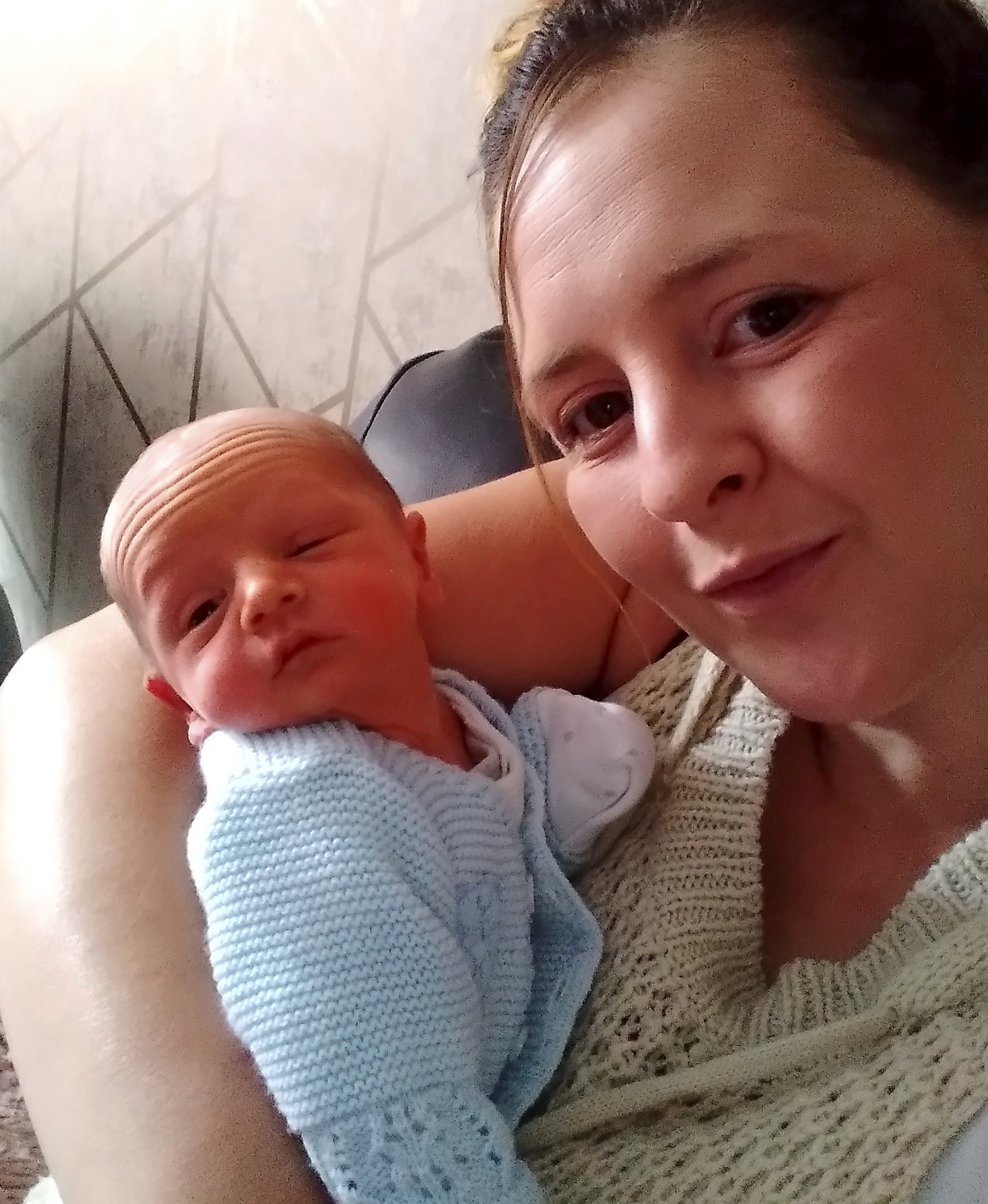 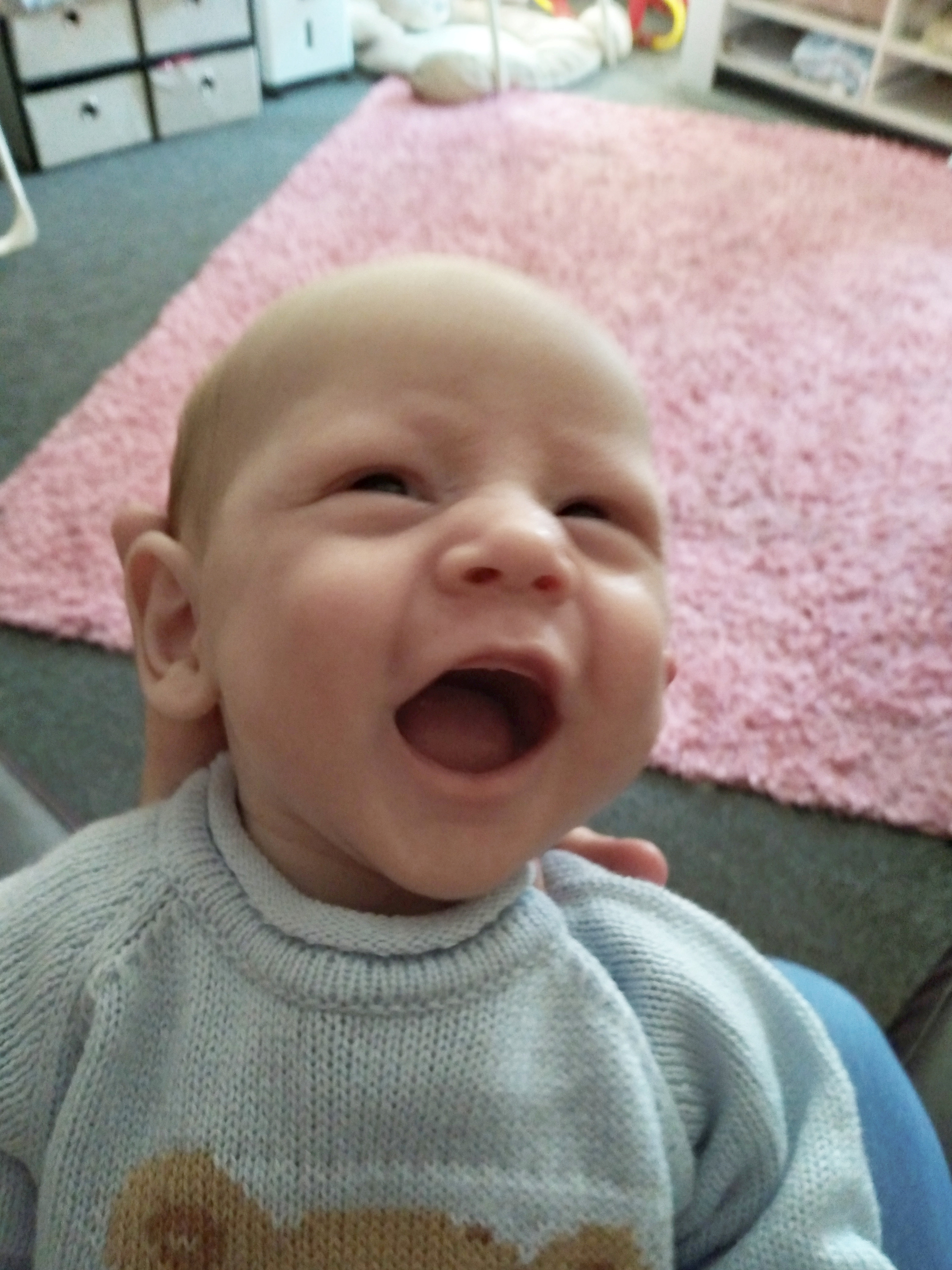