The government’s Covid modelling guru today warned pubs could have to shut altogether to keep schools open – as Boris Johnson faces a Tory revolt against the 10pm curfew.

Neil Ferguson – known as ‘Professor Lockdown’ – said the extra cases added to the UK’s tally after an Excel blunder painted a ‘sobering’ picture of the outbreak.

He said it was not clear that the government could contain the virus while keeping children in secondary schools – and suggested that the wider population will have to ‘give up more’ to maintain the education provision.

That could include shutting bars and restaurants altogether, as well as extending the October half-term for a two-week ‘circuit breaker’ lockdown to break transmission chains.

However, the problems the PM would face in pushing through such restrictions was laid bare with Conservatives threatening a bid to strike out the existing measures, including the Rule of Six and the 10pm closing time for pubs.

Anger has been growing on the Tory benches over the government’s refusal to exempt younger children from the Rule of Six – as happens in Scotland – while many believe that the curfew is causing more harm than good by fueling revelry on the streets and house parties. 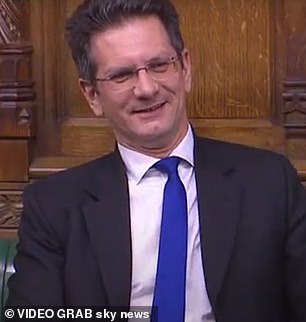 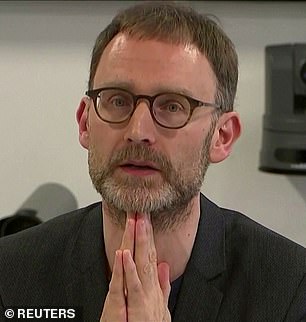 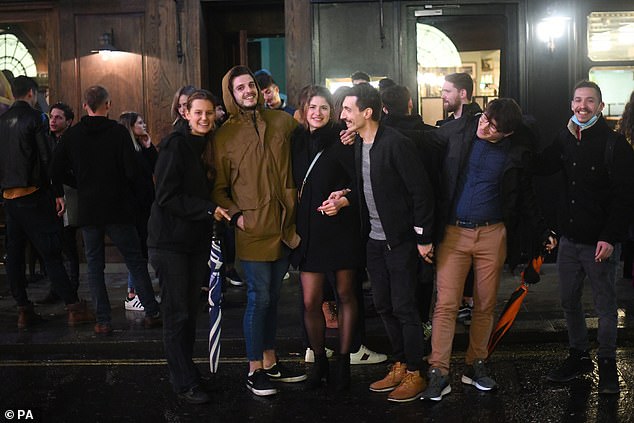 Many believe that the 10pm pubs curfew is causing more harm than good by fueling revelry on the streets and house parties (pictured, Soho on Saturday night)

A series of retrospective votes on the restrictions are expected in the coming days, with the Rule of Six up for approval as early as tonight – although the vote could be deferred until tomorrow.

The rebels do not believe they have the votes to overturn the government’s 80-strong majority. The motions will be a simple yes or no choice and cannot be amended, and Labour is unlikely to oppose the measures outright.

However, a significant rebellion could send a stark message to Mr Johnson that patience is wearing thin with the draconian restrictions on his own benches.

Speaking on BBC Radio 4’s Today programme, Prof Ferguson said the addition of 16,000 missed cases meant there was a ‘slightly more sobering sense of where the epidemic is in the UK than we had late last week’.

‘We think that infections are probably increasing, doubling over two weeks or so. In some areas faster than that, maybe every seven days in some areas slower,’ the Imperial College academic said.

He said the UK was in the ‘same situation as many other European countries’ and all policymakers were ‘struggling with what to do’.

Prof Ferguson said it was still too early to detect whether the Rule of Six and 10pm curfew were working.

But he suggested that the key factor in the rising cases was education resuming. ‘The thing that is different across the whole of Europe is that schools are open and universities are open,’ he said.

‘While we don’t think primary schools are a major vector of transmission, older teenagers do transmit the virus.

‘We don’t yet know whether we can control the virus with high schools open.’

Prof Ferguson said that extending half term this month for a tough ‘circuit breaker’ lockdown of perhaps a fortnight in length ‘should be considered’.

He added: ‘I’m certainly not one to say we should close schools. It was highly disruptive for children’s education and social wellbeing.

‘But we just have to accept that in other areas we might have to give up more in order to keep them open.’

Asked if that could mean closing pubs altogether, he said: ‘Indeed.’

‘We see from data collected by the government that if you look at the risk factors for becoming a case in the last few weeks attending bars and hospitality venues is a risk,’ Prof Ferguson said.

Prof Ferguson said it was clear the risk was ‘quite low’ if people were ‘sensible meeting outdoors’, and the main issue was in ‘meeting indoors and in closed environments’.

Tory rebel Steve Baker has organised a meeting with like-minded MPs this lunchtime to discuss tactics for the looming lockdown votes.

He said he does not expect to defeat the Government, but instead wants to pressure ministers to shift ground.

He said: ‘Consensus among Conservative MPs seems to be around two points – that children should be excluded from the rule of six and that the 10pm curfew is not justified by evidence.

‘I wouldn’t expect to win a vote on either issue. The reality is we need to persuade the Government on all these matters.

‘With Labour and the SNP missing in action we won’t be defeating the Government in any rebellions.’

Mr Baker said hard negotiations were happening in order to ‘keep the Conservative Party together’. 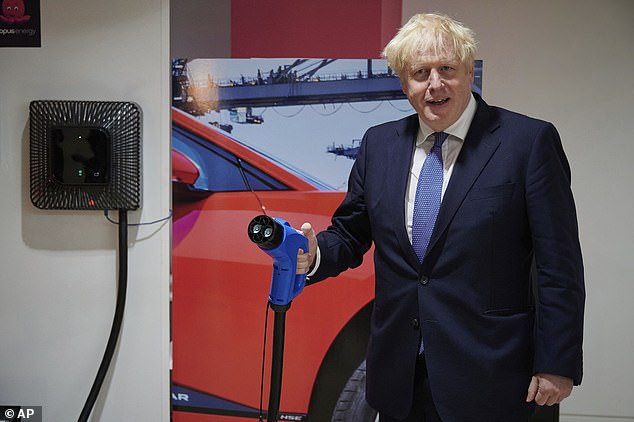 The problems the PM (pictured on a visit in London yesterday) faces in pushing through tougher coronavirus restrictions was laid bare with Conservatives threatening a bid to strike out the existing measures, including the Rule of Six and the 10pm closing time for pubs

Rebels expect Health Secretary Matt Hancock will promise a review of the pub curfew and the Rule of Six in a bid to defuse the mutiny.

Mr Baker said: ‘The reality is now that we are in to a long hard business of negotiating with the Government trying to keep the Conservative Party together.

‘And trying to persuade the Government to have restrictions which don’t do more harm than good.’

Chancellor Rishi Sunak, seen as the leading hawk on protecting the economy in Cabinet, has voiced ‘frustration’ with the 10pm pub curfew.

But in an interview with BBC Breakfast this morning he insisted it was ‘better than having places closed’.

‘The curfew was something we were told by our advisers could well make a difference to the spread of the transmission. We know social contact is how the virus spreads,’ Mr Sunak said.

‘In common with many other countries around the world this is thought to be something that can help suppress the spread of the virus. We are not an outlier in having a curfew.

‘As a tool we have at our disposal to try and suppress the spread of the virus, it is one that is advised across the board can make a difference.

‘What I would say is it is better than having places closed.’

‘These are really difficult judgments. There is no precise way to come to a mathematically correct answer.’

The disquiet on Tory benches comes as the Government is embroiled in major controversy over the performance of the coronavirus test and trace system as thousands of positive coronavirus cases were initially not recorded in England due to a technical glitch.

Mr Johnson has acknowledged some people are ‘furious’ with his approach, but urged MPs to back the restrictions ahead of the Commons vote.

The PM’s official spokesman said the ban on more than six people mixing was a ‘sensible and helpful’ measure.

Mr Johnson suggested it would soon become apparent whether the tougher measures introduced in recent weeks were helping to slow the spread of coronavirus.