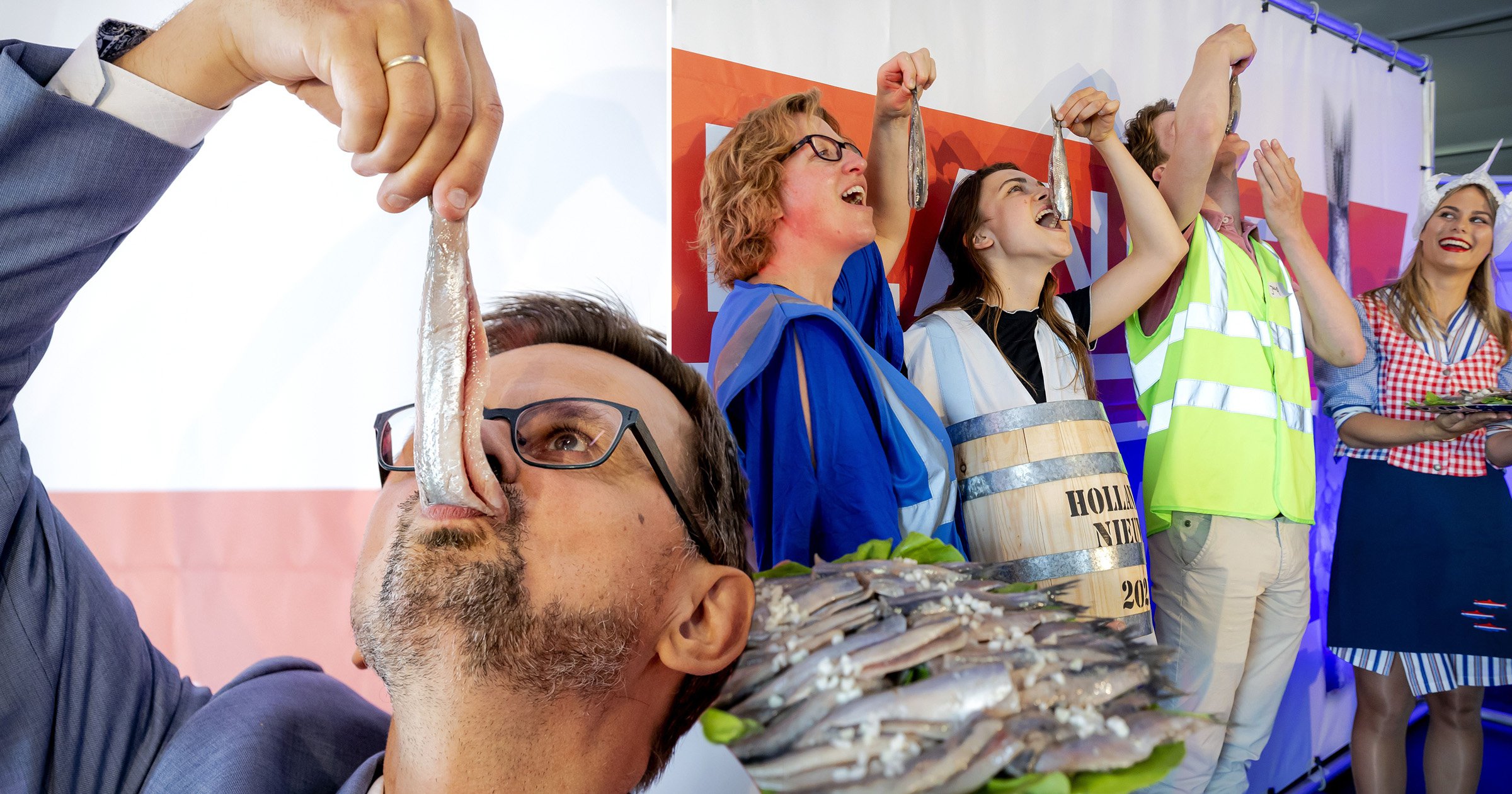 The Netherlands is offering free raw fish to residents who take the Covid jab in a bid to increase uptake.

It is the latest country to offer an incentive to tackle vaccine hesitancy after Russia offered cars and Washington state spliffs.

While we know which one we’d prefer, pickled herring – or ‘Hollandse nieuwe’ – is a traditional delicacy which the Dutch consume around 75 million of per year.

Batches are being distributed to vaccine centres around the country as an encouragement for people to get their jabs.

‘A herring for a jab. Who could possibly resist?’, said Agnes Leewis, director of the Dutch fish marketing board.

Hesitancy is low in the Netherlands but authorities say all encouragement is welcome.

The annual arrival of Hollandse nieuwe on June 15 is usually celebrated with ceremonies and flag-waving.

The first barrel of new-season herring is caught from mid-May and usually auctioned off for a good cause as part of a Dutch tradition.

However, the auction was suspended for a second year running due to Covid restrictions and the barrel was presented ‘on behalf of the Dutch people’ to the head of the country’s vaccine programme, newspaper Haarlems Dagblad reported.

The fish, which is gutted, soused and consumed raw either whole or on bread with chopped onion, is being offered to staff and to everyone who shows up for their shot.

Ms Leewis said the decision was only logical.

‘We can now hopefully trust that everyone in the Netherlands will feel like a ‘new Dutch’ in a very short time’.

Some governments have gone even further with their incentives in a bid to get the population vaccinated and return to normal.

Moscow’s mayor Sergei Sobyanin has promised that anyone who gets a first dose between June 14 July 11 will be entered into a weekly prize draw with a chance to win one of five cars worth £10,000 each.

In Hong Kong, businesses are offering a catalogue of perks and prizes, ranging from flight tickets and staycation packages to shopping vouchers, cash, a Rolex watch and a million-dollar flat.

Even though the vaccine is free and accessible in Hong Kong, the rollout has been sluggish and hesitancy is high.

Some US states facing similar problems are also offering big and lavish prizes.

Ohio has entered vaccinated residents into a draw offering five full scholarships to any of the state’s universities or colleges.