Norman Lear says Archie Bunker would have been 'sickened' by Jan. 6 Capitol riots

Norman Lear is reflecting on his career — and the state of the world — on his 100th birthday.

The famed creator of All in the Family, who became the oldest Emmy winner at age 97 — wrote an op-ed for the New York Times, published on Wednesday. In looking back at his “first century — and on what the next century will bring for the people and country I love” — he expressed concern about democracy as the Jan. 6 probe continues.

The centenarian wrote that he’s worried “I may be in better shape than our democracy is.”

He called himself “deeply troubled” by the Capitol attacks and said “those concerns have only grown with every revelation about just how far Mr. Trump was willing to go to stay in office after being rejected by voters — and about his ongoing efforts to install loyalists in positions with the power to sway future elections.”

Lear said he doesn’t “take the threat of authoritarianism lightly,” detailing how he dropped out of college and joined the U.S. Army Air Forces after the Attack on Pearl Harbor in 1941. “I flew more than 50 missions in a B-17 bomber to defeat Fascism consuming Europe. I am a flag-waving believer in truth, justice and the American way, and I don’t understand how so many people who call themselves patriots can support efforts to undermine our democracy and our Constitution. It is alarming.”

He used his famed character Archie Bunker to make the point of just how alarming he finds it.

“For all his faults, Archie loved his country and he loved his family, even when they called him out on his ignorance and bigotries,” Lear wrote of the role played by Carroll O’Connor. “If Archie had been around 50 years later, he probably would have watched Fox News. He probably would have been a Trump voter. But I think that the sight of the American flag being used to attack Capitol Police would have sickened him.” 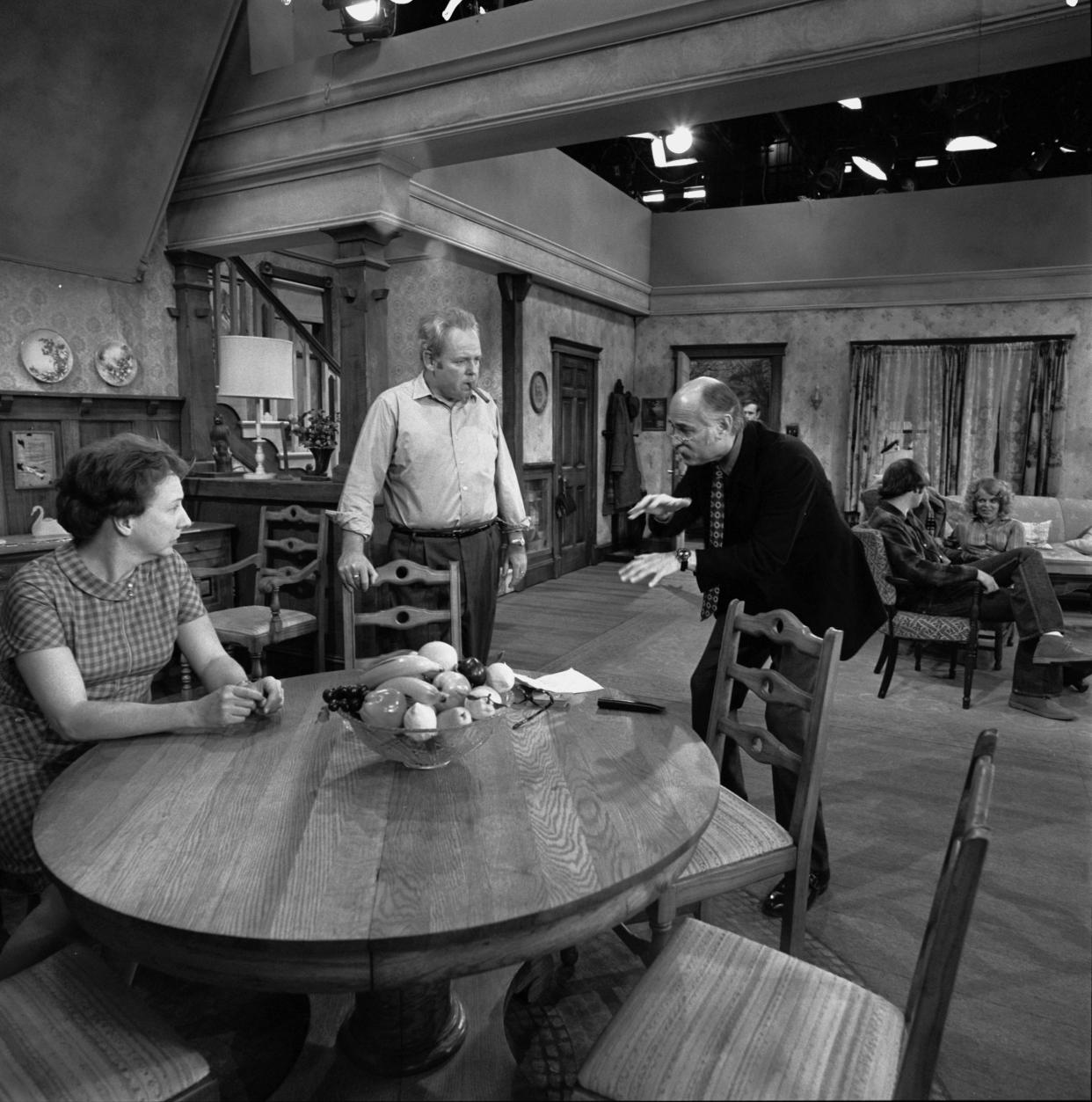 Lear admitted he’s often “disheartened by the direction that our politics, courts and culture are taking” but he does “not lose faith in our country or its future.” Instead, “I remind myself how far we have come. I think of the brilliantly creative people I have had the pleasure to work with in entertainment and politics, and at People for the American Way, a progressive group I co-founded to defend our freedoms and build a country in which all people benefit from the blessings of liberty. Those encounters renew my belief that Americans will find ways to build solidarity on behalf of our values, our country and our fragile planet.”

People For the American Way released a video spotlighting Lear’s work with the group for his birthday:

Lear said “reaching this birthday with my health and wits mostly intact is a privilege.” And concluded by writing, “This is our century, dear reader, yours and mine. Let us encourage one another with visions of a shared future. And let us bring all the grit and openheartedness and creative spirit we can muster to gather together and build that future.”

On Tuesday, just before his birthday, Lear posted a video on Instagram sharing his #BreakfastThoughts, as he often does. After a song (“That’s Amore”), he talked about the “miracle of being alive … and me turning 100.”

Lear is celebrating his birthday in Vermont along with his wife of 35 years, filmmaker Lyn Davis, his six children, two sons-in-law and four grandchildren.

“How lucky am I?” he said to People magazine. “Truth to tell, certainly I’ve done nothing more important than father or child. Nothing more delicious than becoming a grandfather of a child as a result of having fathered a child. I don’t know that there’s anything more romantic in living than all of that.”

He called Davis “a sterling human being. I could not be more grateful.”

And after the celebration, it’s back to work. At 100, the Live in Front of a Studio Audience executive producer has 23 projects in the works via his Act III production company, including the Who’s The Boss? reboot and a Good Times animated revival.

On Wednesday, ABC used Lear’s birthday to announce a special, Norman Lear: 100 Years of Music & Laughter, that will air Sept. 22.