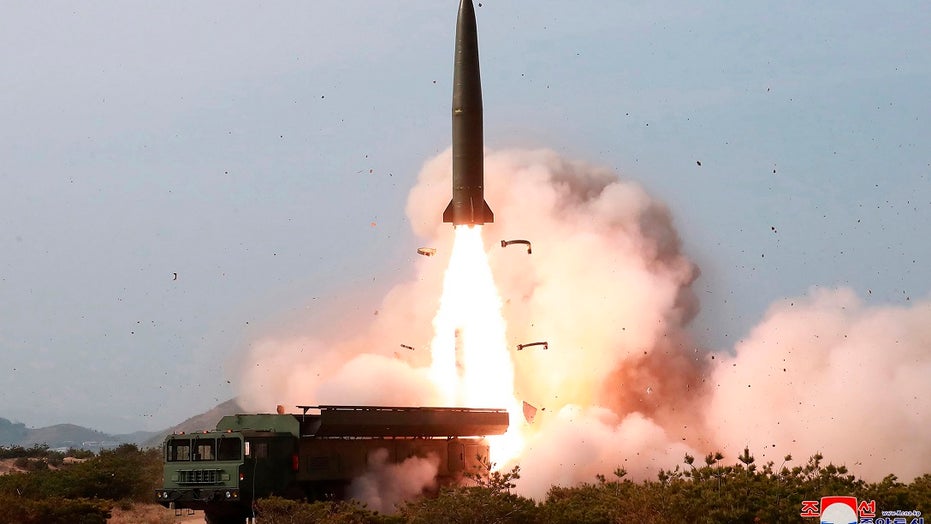 Fox News Flash top headlines for May 8 are here. Check out what’s clicking on Foxnews.com

North Korea fired at least one unidentified projectile from a western region north of Pyongyang on Thursday in the country’s second such launch in less than a week, according to South Korean military reports.

The launch occurred around 4:30 p.m. local time from the North’s Sino-ri missile base, the South’s joint chiefs of staff said in a statement, according to Bloomberg. The base is located around 130 miles north of the border with South Korea.

The base is believed to operate Rodong short- and medium-range ballistic missiles, according to the New York Times. 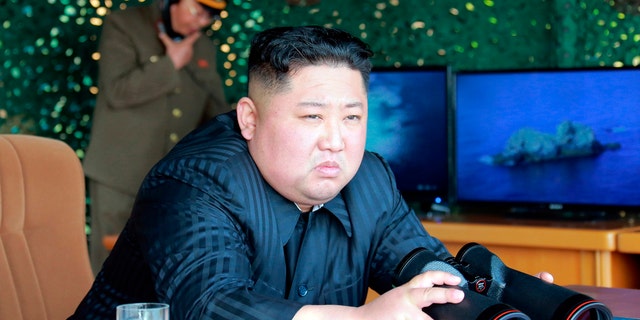 “The Sino-ri missile operating base and the Rodong missiles deployed at this location fit into North Korea’s presumed nuclear military strategy by providing an operational-level nuclear or conventional first-strike capability against targets located both throughout the Korean Peninsula and in most of Japan,” the Times quoted from a study published by analysts for the Center for Strategic and International Studies.

No other details about Thursday's launch were released and it wasn’t clear exactly what type of equipment was fired. South Korea's presidential national security director, Chung Eui-yong, has been monitoring the situation and was communicating with defense officials and the JCS by video.

The White House did not immediately comment on the launch. Japanese officials said the projectile didn't land in its nearby waters, Bloomberg reported. 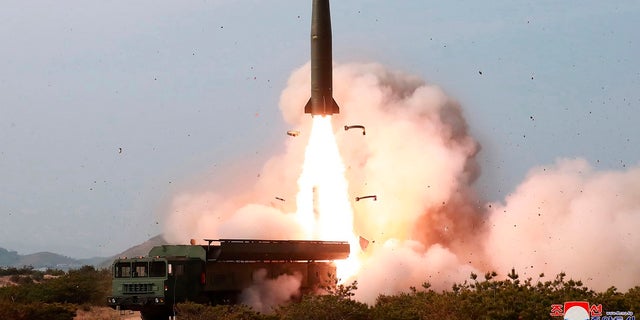 The firing comes five days after the North launched a barrage of short-range projectiles from its east coast. Through its state media, the North described the earlier firing as a “defense units” test of its rocket launchers and tactical guided weapons.

The U.S. Air Force, meanwhile, will conduct a missile test Thursday from Vandenberg Air Force Base in California to practice how the military could respond in the event of a missile attack, Stars and Stripes reported. The launch of the Minuteman III intercontinental missile will be the second missile launch this month and the fourth this year.

North Korea last conducted a major missile test in November 2017 when it launched an intercontinental ballistic missile that could demonstrate the potential capability to reach the U.S. mainland. Analysts have said if the North decides to resume testing banned ballistic weapons, it could signal the rogue nation is turning away from diplomacy.

Tensions between the North and the U.S. were somewhat soothed when North Korean leader Kim Jong Un and President Trump met for two summits. The second meeting in February ended abruptly when both sides disagreed over sanctions relief for the North. The U.S. did not believe the North was offering enough disarmament measures in order to grant widespread sanctions relief it sought.

After Saturday's launches, Trump tweeted that Kim “knows that I am with him & does not want to break his promise to me. Deal will happen!”

Kim said he is open to a third meeting with Trump but set this year’s end as a deadline for Washington to offer mutually acceptable terms for an agreement.