Northwest weather forces many into shelters

With temperatures in normally mild Seattle dropping well below freezing, Kaety West walked a short distance in the snow from the tent where she usually stays to find refuge at a small warming center at an American Legion hall.

“I’m not even willing to stay in it right now. It’s just so difficult,” she said of her tent on Monday.

Severe weather sweeping parts of the U.S. brought frigid temperatures to the Pacific Northwest and heavy snow to mountains in Northern California and Nevada.

SOCIALIST IN SEATTLE SURVIVES RECALL, AND IS MORE DANGEROUS THAN EVER 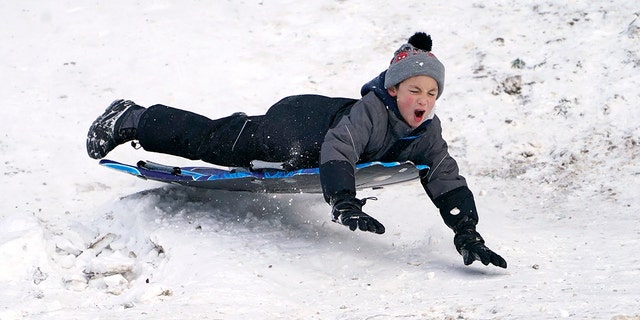 Titus Gonzalez goes airborne after hitting a bump while sledding where nearly a foot of snow fell over the weekend, Monday, Dec. 27, 2021, in a city park in Bellingham, Washington.
(AP Photo/Elaine Thompson)

Across western Washington and Oregon officials and private groups opened emergency spaces for people to find refuge as forecasters said the extreme cold from an arctic blast could last until the weekend.

Snow showers blew into the Pacific Northwest on Sunday from the Gulf of Alaska, dumping up to 6 inches across the Seattle area and snarling traffic throughout the greater Seattle and Portland areas.

Farther south, blowing snow in the mountains of Northern California and Nevada closed key highways, with forecasters warning that travel in the Sierra Nevada could be difficult for several days.

At Donner Pass in the Sierra, officials with the University of California, Berkeley’s Central Sierra Snow Laboratory on Monday said recent snowfall has smashed the snowiest December record of 179 inches, set in 1970. The record is now 193.7 inches as more snow is expected. 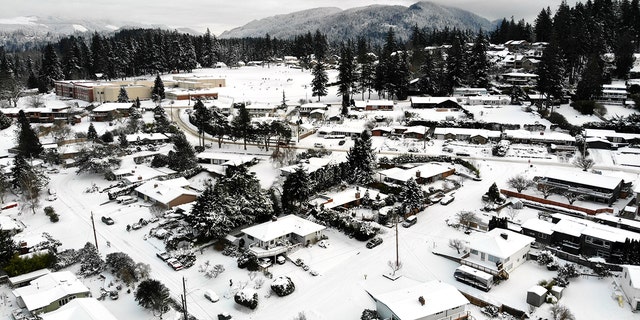 In this photo taken from a drone, snow covers streets, sidewalks and homes where nearly a foot of snow fell over the weekend, Monday, Dec. 27, 2021, in a neighborhood in Bellingham, Washington.
(AP Photo/Elaine Thompson)

The Northstar California Resort in Truckee closed its mountain operations on Monday amid blizzard conditions. The ski resort has received more than 6 feet of snow over the last 48 hours, according to the resort’s Facebook post.

The snowpack in the Sierra was at dangerously low levels after recent weeks of dry weather but the state Department of Water Resources reported on Monday that the snowpack was between 145% and 161% of normal across the range with more snow expected.

Nevada Gov. Steve Sisolak ordered nonessential state workers other than public safety and corrections personnel to remain home due to the storm.

The storms that have been pummeling California and Nevada in recent days also brought rain and snow to Arizona. A record inch of rain in one day was reported at the airport in Phoenix Friday when 11 inches of snow fell at the Arizona Snowbowl ski resort just outside Flagstaff.

More storms were expected to hit the desert state starting Monday afternoon and continuing throughout the week and snow was again expected in the greater Portland area through Tuesday morning.

With temperatures in western Washington and Oregon not forecast to rise above freezing for days, officials were planning on keeping emergency shelters for longer than initially expected.

Seattle leaders said city shelters will remain open through the new year. Nearly 200 people stayed at the shelters overnight on Sunday, officials said, and they were expecting the numbers to grow.

At the shelter where West went to get warm, American Legion Hall Post 160, there was room for about a dozen people. 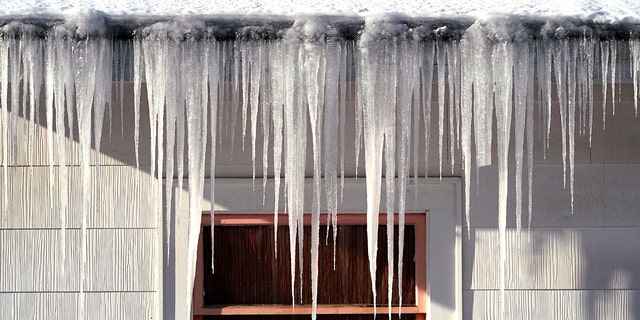 Long icicles hang from a house where nearly a foot of snow fell over the weekend, Monday, Dec. 27, 2021, in Bellingham, Washington.
(AP Photo/Elaine Thompsonn)

Keith Hughes of the American Legion said the capacity is limited by lack of volunteer staff.

“Volunteers, this is a problem for myself as well as everyone else in town, it’s really hard to get with COVID going on,” he said, adding there were plans to keep the space open for about 10 days.

The last time the Legion post opened its doors long-term as a warming center was three days, Hughes said.

“The longer it goes on the harder it’s going to be on people that don’t have a place to get out of this,” Hughes said. “We’ll just keep helping people as much as we can help them.”