Norway may close access to its fishing waters to European and British vessels from January 1, its fisheries minister has said, because the trilateral fisheries deal Oslo wants with the European Union and Britain is not yet concluded.

Following Britain’s vote to withdraw from the bloc, Oslo in addition negotiates with London over reciprocal access. Britain will be fully out of the European Union when a transition period ends on December 31. 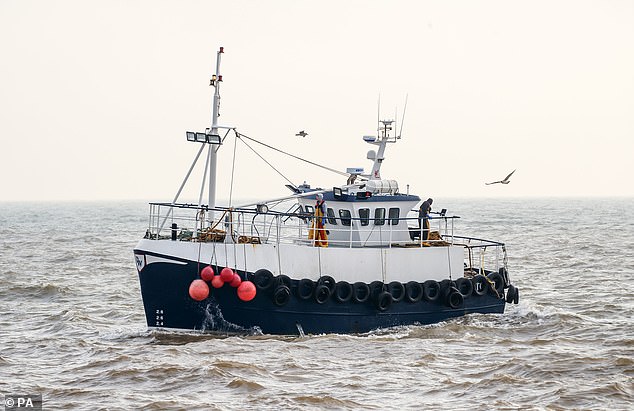 Norway may close access to its fishing waters to European and British vessels from January 1, its fisheries minister has said. Above, a UK fishing boat off the coast of Yorkshire

But before any bilateral deals can kick in, Oslo wants a trilateral deal between Norway, the EU and Britain in place, and negotiations on this are not yet concluded, Fisheries and Seafood Minister Odd Emil Ingebrigtsen said on Friday.

‘If we do not get a deal by January 1, we will not open Norway’s economic fishing zones to vessels from the EU and Britain,’ Ingebrigtsen told parliament.

‘Neither can we expect Norwegian vessels to get access to their (the EU’s and Britain’s) zones before a deal is in place,’ he said.

Negotiations over such a deal have been delayed because London and Brussels have not yet reached an accord governing their relations after Britain exits the bloc, including over fisheries, said the minister.

‘It is not a given that these (fisheries) talks can be concluded before the new year,’ he said.

Norway’s rich fisheries attract fishermen from the rest of Europe, in particular for its stocks of cod in the Barents Sea, which are sustainable.