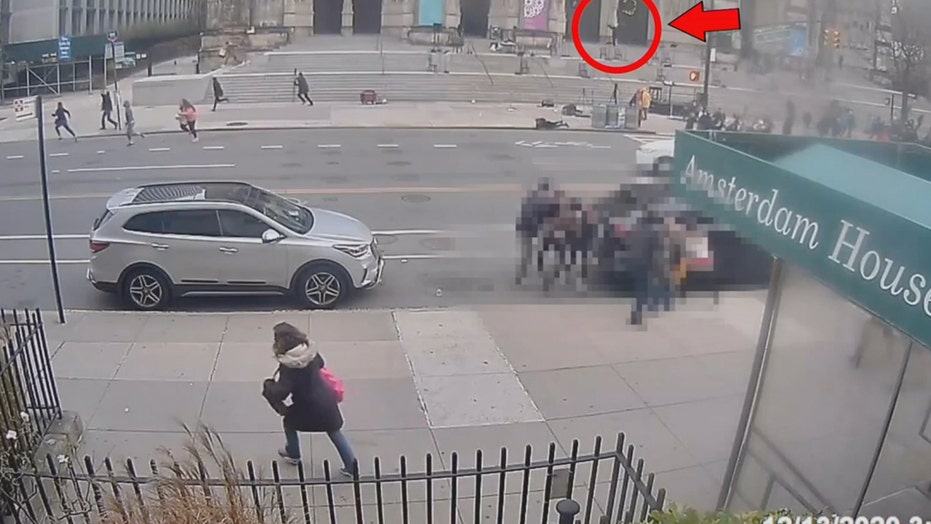 The NYPD released bodycam footage of the deadly shooting of 52-year-old Luis Vasquez on the steps of Cathedral Church of Saint John the Divine in Morningside Heights last December.

The NYPD released chilling body camera footage Friday that shows officers responding to a crazed man who opened fire on the steps of a Manhattan Church last December during a Christmas celebration.

Following a Christmas Carols concert on the steps of Cathedral Church of St. John the Divine around 4 p.m., when police say 52-year-old Luis Vasquez pulled out two handguns and started shooting into the air wildly as bystanders ran for their lives.

A detective, a sergeant, and a police officer who were nearby immediately responded and engaged the suspect.

Vasquez was struck one time in the head and taken to Mount Sinai Morningside Hospital where he was pronounced dead. He fired a total of five shots.

New York Police Commissioner Dermot Shea said that the man was carrying a bag with some disturbing contents, including a can of gasoline, rope, wire, tape, knives and a Bible.

No bystanders were hurt in the shooting.

“It was just beautiful, and then at the end this person started shooting. Everybody is in shock,” Lisa Schubert, a cathedral spokeswoman who witnessed the shooting, told the New York Times. “The shooter could have killed a lot of people. There were hundreds of people here, and he shot at least 20 times.”