Once a title contender, Nets get swept out of the first round by Celtics

BROOKLYN — The only sweep of the NBA playoffs’ first round belongs to a team that had championship aspirations.

The Brooklyn Nets were lazy on defense, got into foul trouble early and couldn’t counter what the Boston Celtics threw at them despite a furious fourth-quarter rally. The end was a 116-112 loss Monday, an early vacation and a bunch of lingering questions that must be addressed in the offseason.

Ben Simmons didn’t play, even though it was widely expected he would make his season debut at some point in the postseason. He was ruled out more than 24 hours before tipoff of Game 4 and wasn’t at Barclays Center for the elimination game. Earlier Monday, it was reported that Simmons, his agent, Rich Paul, and the Nets would meet to discuss his future. Those discussions will echo throughout the offseason.

Kevin Durant wasn’t himself throughout the series, but showed aggression in Game 4 and got the ball on the move. It wasn’t enough, though, as his teammates couldn’t support his effort.

Durant finished with 39 points, seven rebounds and nine assists on Monday after attempting only 11 shots in Game 3.

The Celtics continuously flustered Durant and the Nets, leading to easy buckets and another stellar performance from Jayson Tatum (29 points) despite fouling out with 2:48 left in the game.

Kyrie Irving struggled to get going and couldn’t provide Durant any support. He finished with 20 points. Irving has a player option worth $36.9 million this offseason, and a long-term extension is looming — another storyline that will follow this unceremonious exit. Irving’s part-time status this season was a factor all season. He played in only 33 games this season due to his refusal to get a COVID-19 vaccine.

And in an almost perfect metaphor for this failed Nets season, Brooklyn center Nic Claxton missed his first 10 free throws. 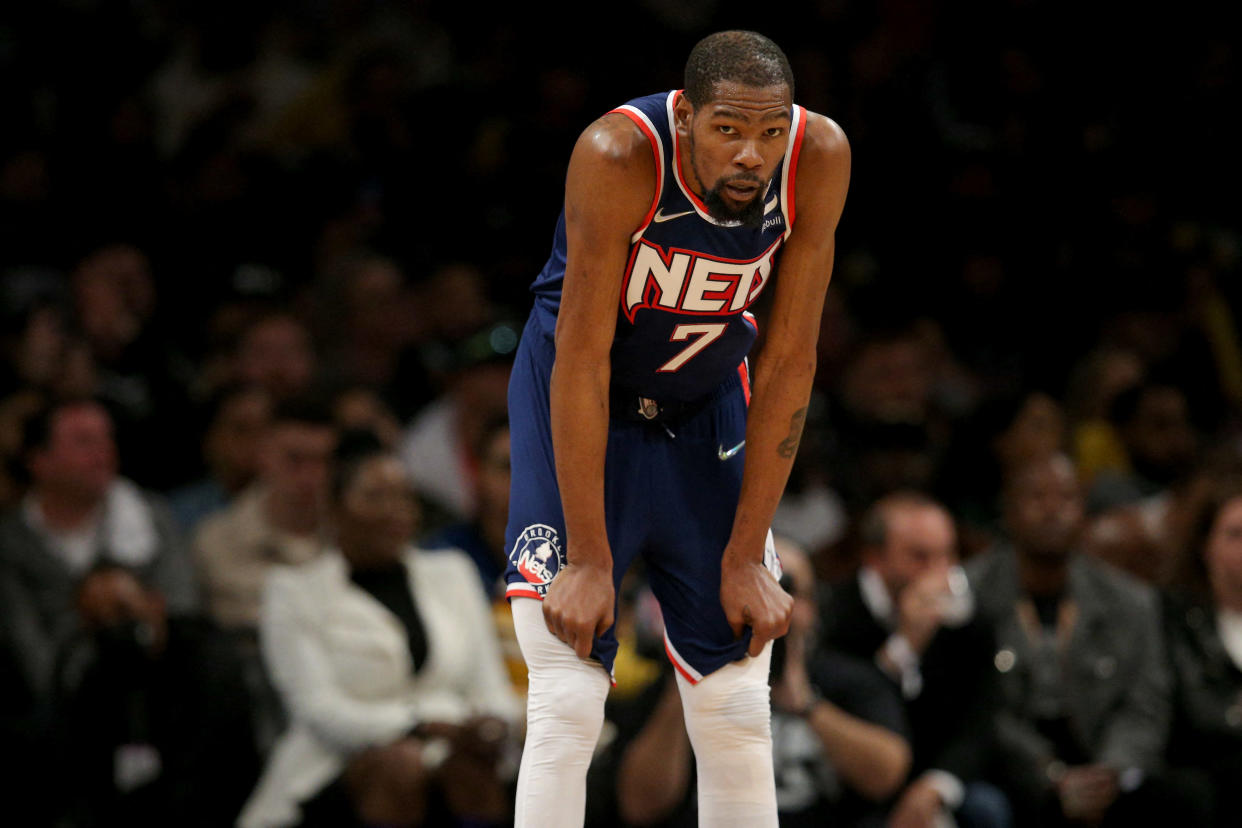