A BLOODY brawl on a Barcelona metro ended with one dead and several others injured after 30 Pakistani nationals attacked each other with machetes last night.

The blood-covered casualties were filmed lying semi-conscious in a pool of blood at La Sagrera tube station next to bloodstains along the length of the platform. 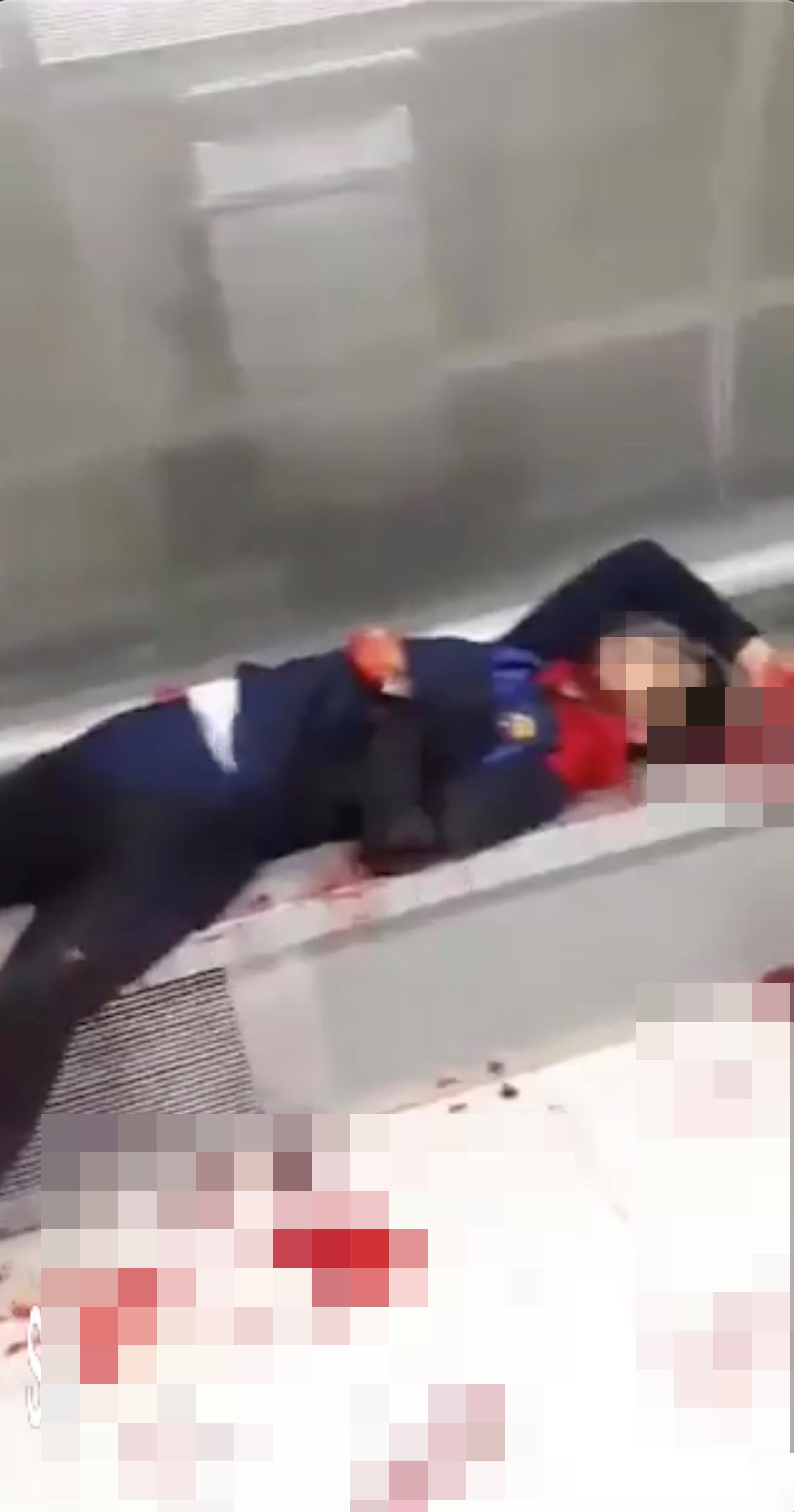 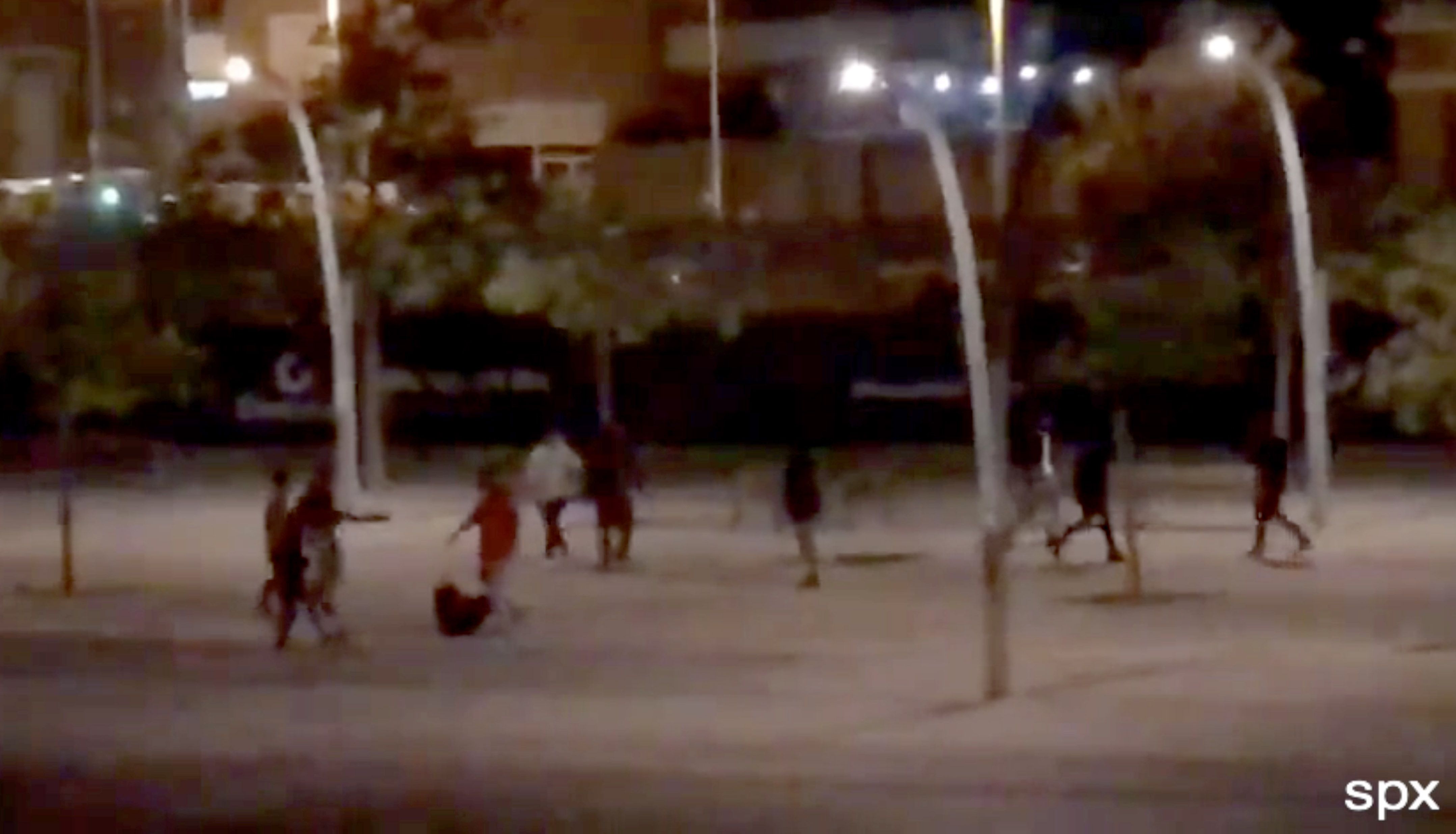 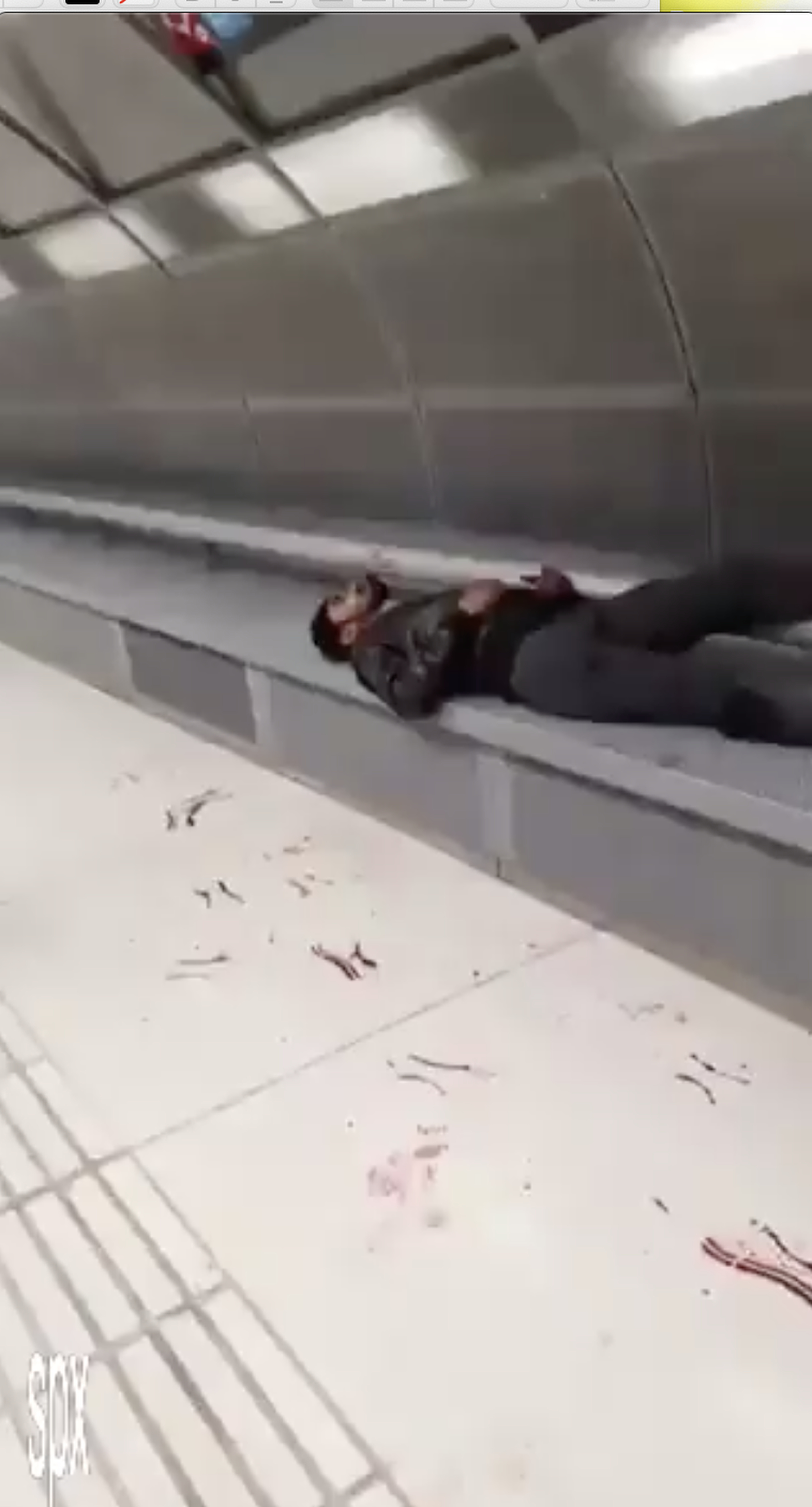 Footage from the incident shows two men, one wearing a Barcelona FC tracksuit top, lying on the tube with blood dripping from horrific wounds including deep gashes to their necks.
The seats beside them are also stained red with blood.

Two gangs of warring men – all thought to be Pakistani migrants – were filmed battling on the streets near Gorg Tube stop east of the city centre in the neighbouring city of Badalona.

The men used an array of weapons including baseball bats, axes and machetes.

Nine others were later arrested.

A spokesman for the regional Mossos d’Esquadra police force said: “We are investigating the death of a Pakistani national on Sunday night.
“The incident occurred around 10pm during a fight between a number of people in an area of Badalona known as Salut.
“One of the participants in the fight died as a result of the injuries he suffered. Two other men were seriously injured.
“Officers from Badalona’s local police force the Guardia Urbana arrested nine men following the fight who are all Pakistani nationals.”

Local reports said up to 30 men are thought to have been involved in the violence, described as a revenge attack.

Although the exact reasons for the incident have not yet been made clear, some reports suggest the violence was caused over control of drug trafficking in the area.

Badalona Police said the detainees are aged between 15 and 30 years old and are residents of the Badalona area.

Badalona mayor Alex Pastor said the incident showed more police were needed.
He said: “I’m shocked at the images from the terrible fight yesterday in Gorg which has left one man dead and three people seriously injured.
“Local police and Mossos have acted very quickly. Thanks for your hard work.”
He later tweeted: “Although our police have pooled efforts and arrested nine suspects, most from Barcelona, it’s vital that in Badalona we have more Mossos to help with prevention and avoid cases like this.”
Former Badalona mayor Xavier Garcia Albiol said: “The footage is very hard-hitting. A brutal fight has ended with a murder on the streets of Badalona. I am very worried at the situation in some parts of the city.”

Local newspaper El Pais said that Catalan police have undertaken several operations against gangs of Pakistani people facing off in the streets for the control of the drug trade.
Badalona is Catalonia’s third largest city when it comes to population and lies just outside Barcelona. It is home to a 15th century monastery as well as a distillery which makes Badalona’s famous aniseed liqueur. 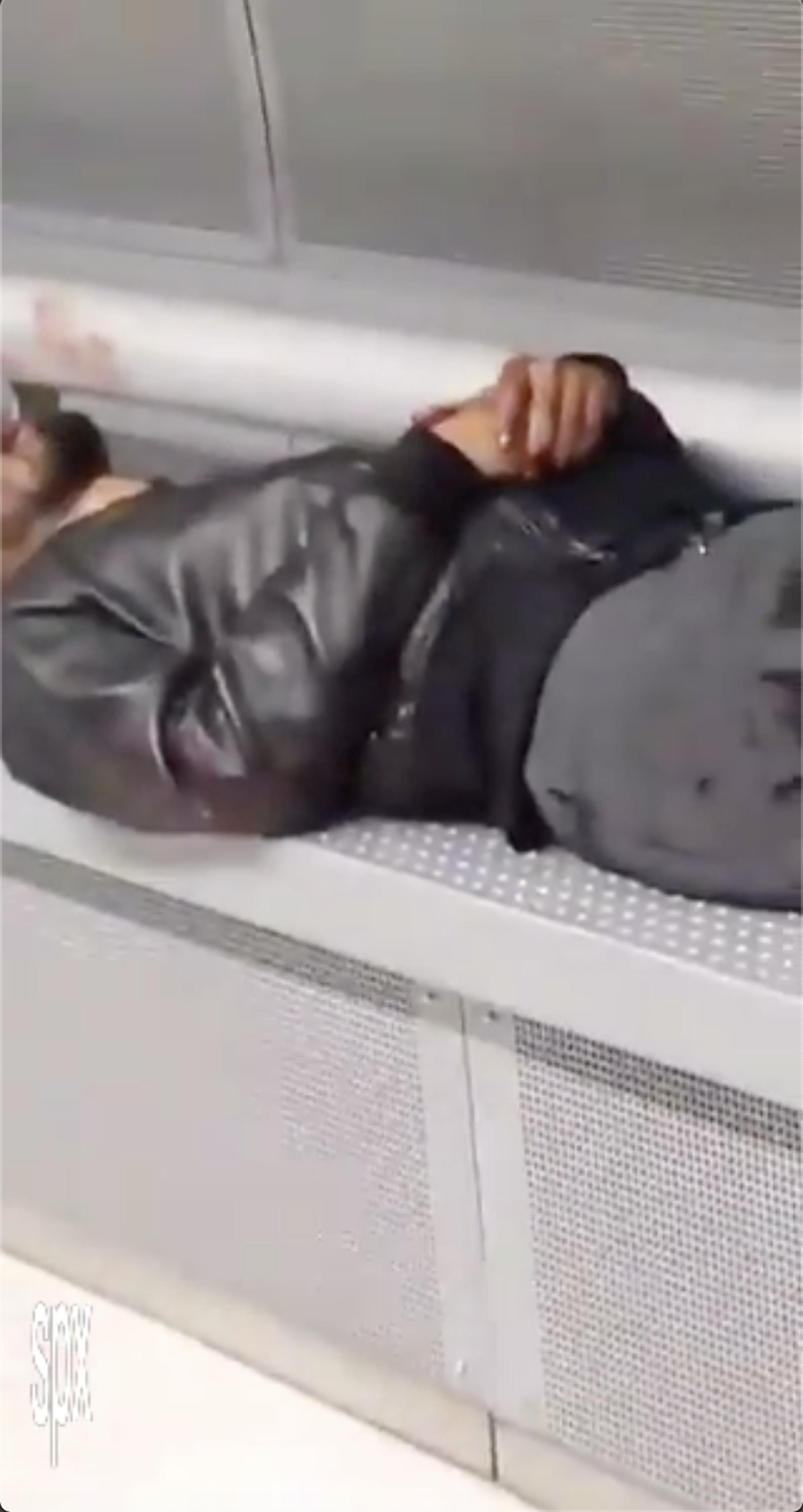 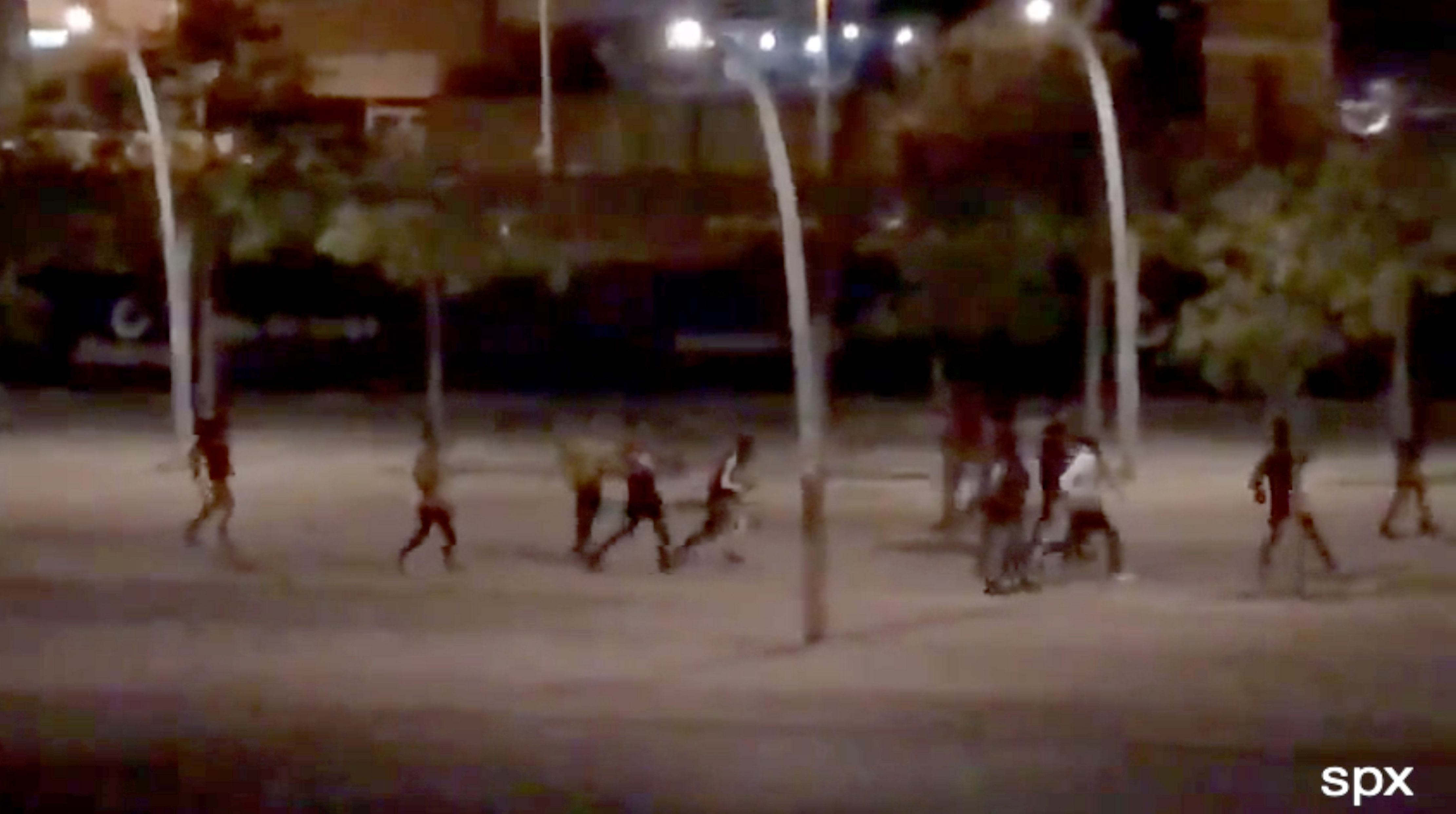