The huskies whisked their owners from the Metelitsa ski base in the town of Berdsk, which is situated along the Berd river in Russia, for the 2020 Christmas regional championship on January 11.

During the race, participants from the regions of Novosibirsk, Barnaul, Tomsk, Omsk and Tyumen held firmly onto the bars of their sleds as their canines sped through the frozen region and left spectators on tenterhooks.

The town of Berdsk is located in the major manufacturing city of Novosibirsk, in south-central Russia, which continues to be an economic and cultural hub for the Siberian region.

The country is known for hosting a range of dog sled races including the traditional Beringia which sees owners and their dogs race through settlements in four municipal districts of Kamchatka and is the world’s longest sled dog race.

In 2019, the extreme Kamchatka competition, which was first created in April 1990, saw dogs race across 1,500 kilometres of frozen land. 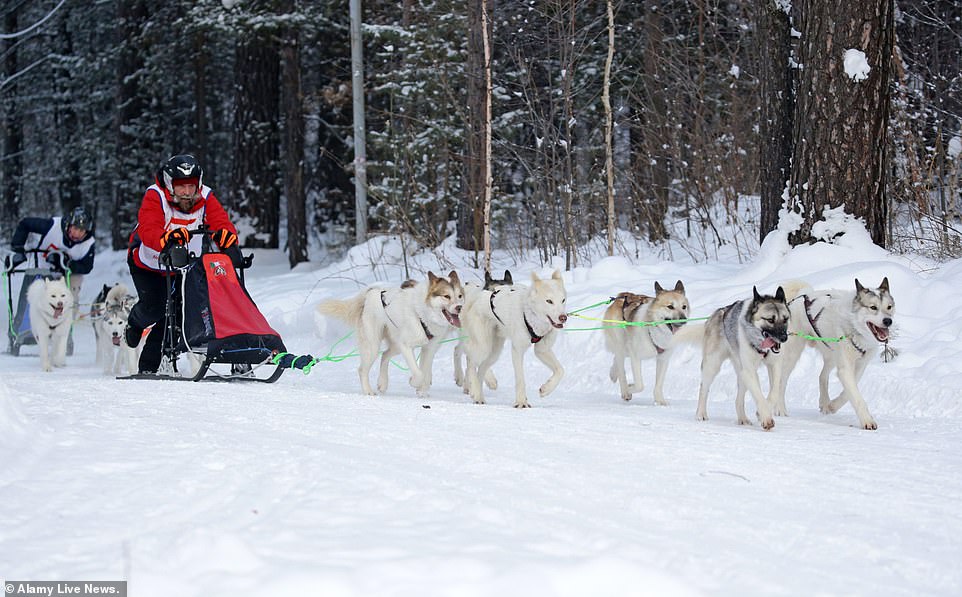 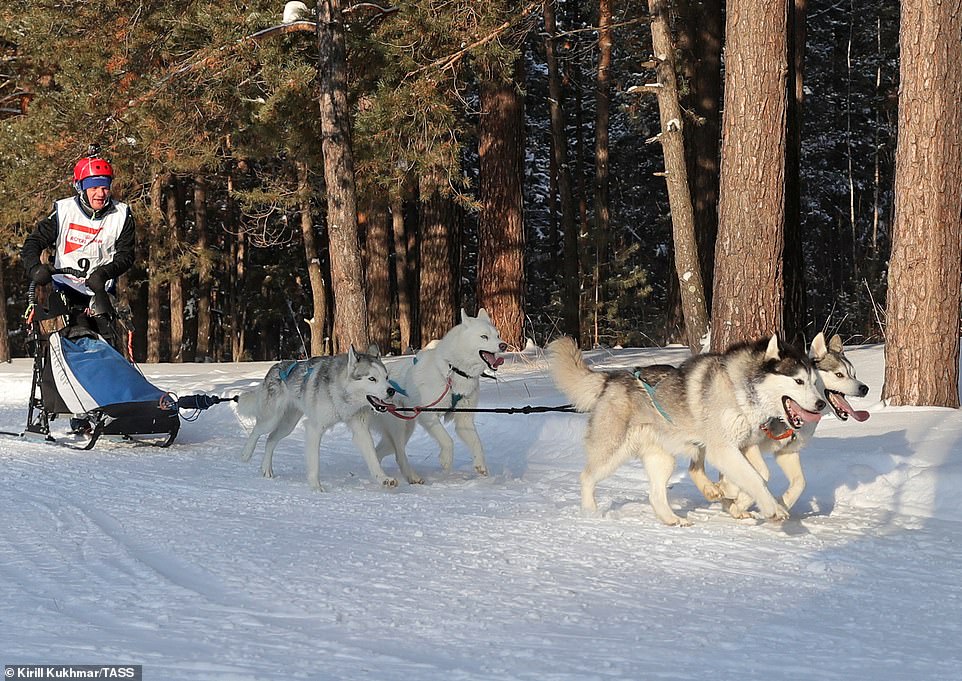 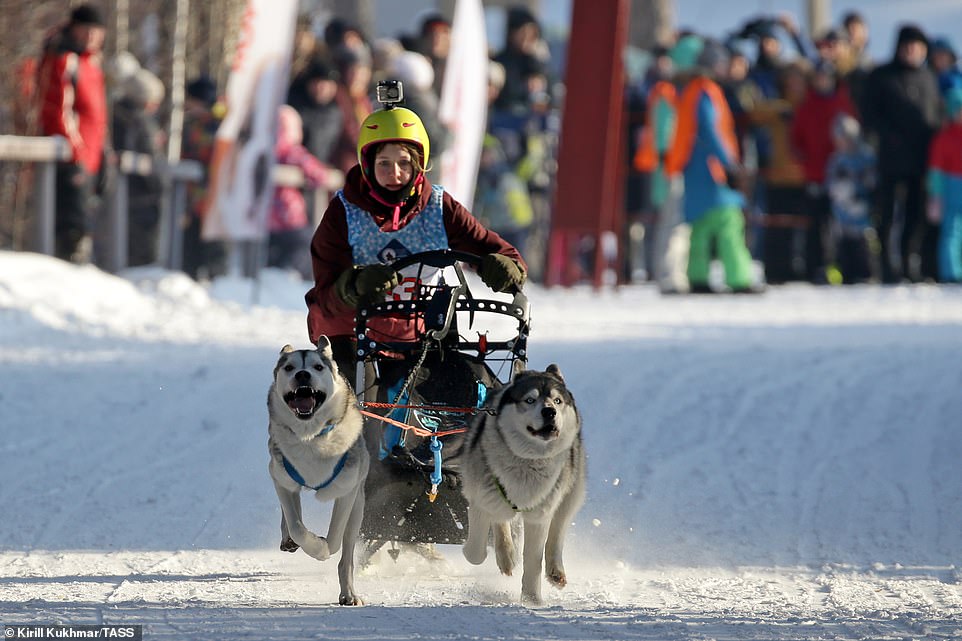 Owners held tightly onto the sleds as they began their race from the Metelitsa ski base, which is situated along the Berd river in Russia 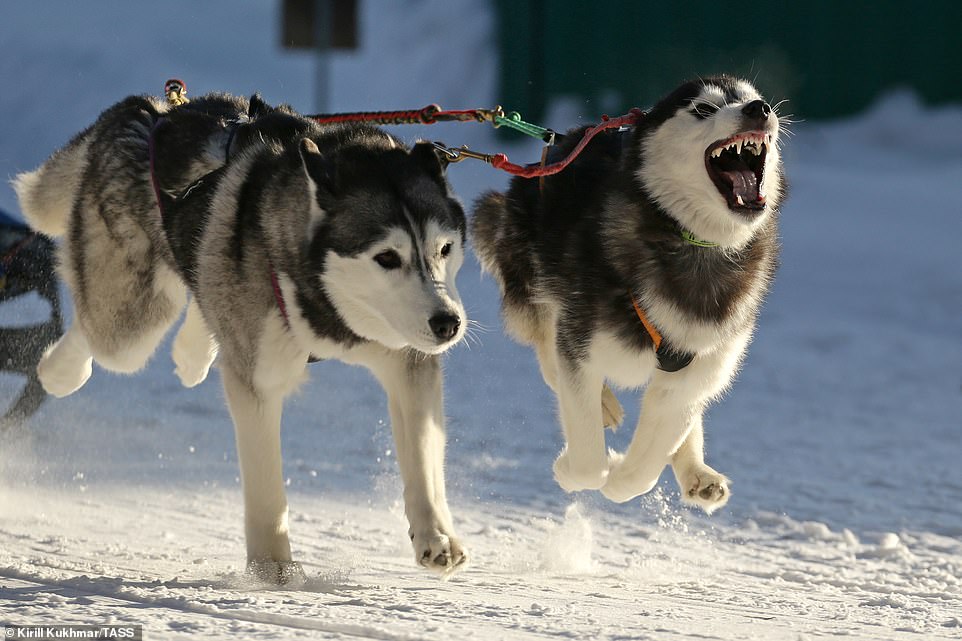 The huskies leaped through the snow as they pulled their owners on sleds through the Berdsk region, which is situated in Novosibirsk Oblast, Russia