Buckingham Palace is reconsidering plans for the Queen Consort to be crowned using the controversial Koh-i-Noor diamond as India’s ruling party warned the move would bring back “painful memories of the colonial past”.

Palace officials are understood to be reviewing whether Queen Camilla should wear the jewel traditionally worn by consorts including Queen Alexandra, Queen Mary, and most recently the Queen Mother in 1937. 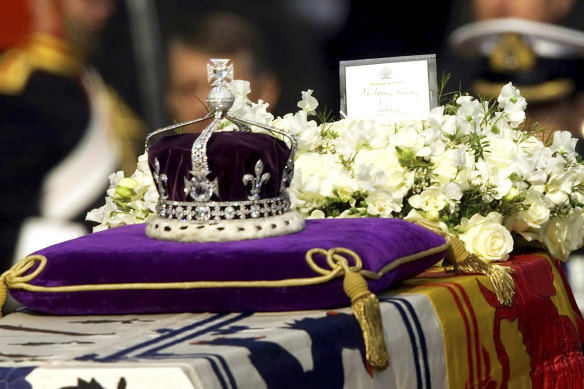 The Crown belonged to the Queen mother.Credit:AP

The Queen Consort will be crowned alongside the King at Westminster Abbey on May 6, with the disputed Koh-i-Noor diamond, which was controversially acquired by Queen Victoria around 1850, previously expected to be used in the ceremony.

But a spokesman for India’s ruling Bharatiya Janata Party said the choice for Queen Camilla to wear the diamond in her crown would “transport” some “back to the days of the British Empire in India”.

Royal sources insisted that no decision has yet been made on the Koh-i-Noor, but added that the King and his team were “acutely aware” of the need to consider current sensitivities, wanting to create a coronation that reflects modern times as well as tradition. It is understood that while the key religious and historic traditions of the coronation will remain, all other elements are still under discussion at the palace.

Options for the Queen Consort’s coronation crown now include using the existing crown worn by the Queen Mother with the diamond – held on a detachable mount – removed. The King and Queen Consort may also opt to use a different, simpler option from the Royal Collection, it is understood. 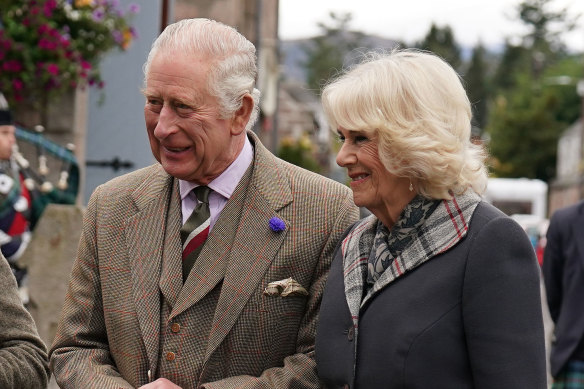 Debate over the 2023 ceremony comes amid heightened tensions between Britain and India over post-Brexit trade. Prime Minister Liz Truss’s trade deal with India is said to be on the “verge of collapse” after Suella Braverman, the Home Secretary, said she had “concerns” about the deal, noting “the largest group of people who overstay are Indian migrants”.

Indian government sources responded to say the “disrespectful” remarks mean the “relationship has taken a step back”.

Plans for Prime Minister Narendra Modi to visit the UK to seal a trade deal have been shelved, according to reports.

A spokesman for Mr Modi’s ruling Bharatiya Janata Party said the choice for Queen Camilla to continue the tradition of Consorts wearing a crown containing the Koh-i-Noor would hark back to the days of the Empire.

“The coronation of Camilla and the use of the crown jewel Koh-i-Noor brings back painful memories of the colonial past,” he said. “Most Indians have very little memory of the oppressive past. Five to six generations of Indians suffered under multiple foreign rules for over five centuries.

“Recent occasions, like Queen Elizabeth II’s death, the coronation of the new Queen Camilla and the use of the Koh-i-Noor does transport a few Indians back to the days of the British Empire in India.”

Buckingham Palace declined to comment on whether the Queen Consort would use the crown, pick another or have her own designed especially for the occasion. Any claims that details of the coronation had been decided were speculation, a source added.

It has previously been indicated that the King, who has recently had a warm relationship with the country, meeting PM Modi on several occasions in the past few years, favours a simplified coronation to reduce costs.