A PALACE insider has denied that Prince Harry and Meghan Markle introduced their new daughter to the Queen in a video call – despite a pal claiming they did.

A source last week said the Duke and Duchess of Sussex introduced the Queen to baby Lilibet on video call after they returned from hospital. 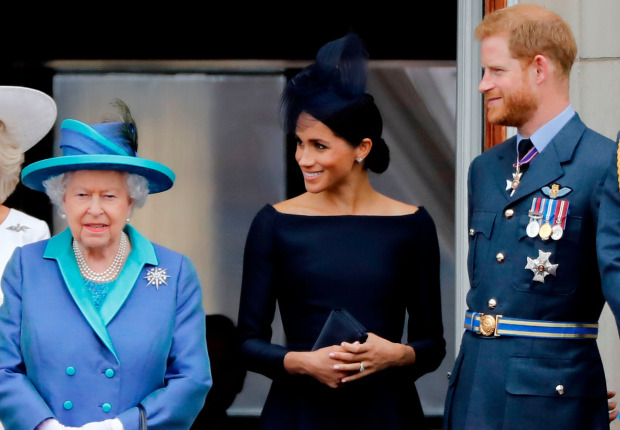 A source told People: "They were very excited and couldn't wait to share that their daughter arrived."

But a Palace insider has since denied that, telling the Mail On Sunday: "No video call has taken place.

"Friends of the Sussexes appear to have given misleading briefings to journalists about what the Queen had said and that took the whole thing over the edge.

"The Palace couldn’t deny the story that this was a mistruth."

It comes after the Palace refuted claims that Meghan and Harry had asked permission to use the Queen's nickname Lilibet for their daughter.

A source told the BBC that Her Majesty was "never asked".

But Prince Harry and Meghan Markle's official spokesman said: "The Duke spoke with his family in advance of the announcement, in fact his grandmother was the first family member he called.

"During that conversation, he shared their hope of naming their daughter Lilibet in her honor.

"Had she not been supportive, they would not have used the name."

An insider told the Mail on Sunday the conversation between Harry and the Queen was "a telling, not an asking".

And Her Majesty is said to have been "sent over the edge" by the naming dispute.

It's now reported that the Queen won't stay silent if Prince Harry and Meghan Markle allow "mistruths" about the Royal Family to circulate.

The Palace insider said: "This is about whether or not what is being reported is an accurate version of what actually happened."

They added that the Queen will respond robustly to briefings from allies of Harry and Meghan.

The Queen was given her nickname by her granddad King George V, who joked that she couldn’t pronounce her name Elizabeth as a child.

Her Majesty's husband Prince Philip later adopted the name himself and was one of the few people to use it regularly.

The Sun Online has approached the Palace and representatives for the Duke and Duchess of Sussex for comment.