Mirror image! Paraglider is perfectly reflected in lake as he spirals above the water and grazes the surface with his wing

This is the incredible moment a paraglider is in perfect symmetry with his reflection while spiralling over a lake in Austria.

Helmut Eichholzer, 44, was paragliding with friends at Bischling Werfenweng in Salzburg when he was able to execute a ground spiral above a crystal-clear lake.

Mr Eichholzer, from Kuchi, Salzburg, grazed the surface of the water with the tip of his wing to form a perfectly aligned reflection of himself in the lake before landing just seconds later. 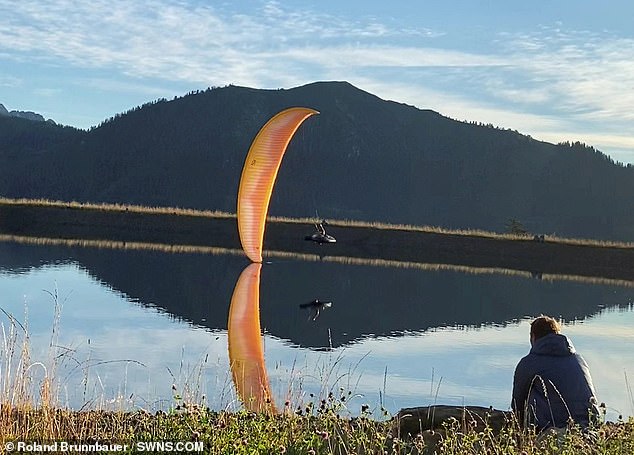 Helmut Eichholzer, 44, from Salzburg, spirals over the lake in Bischling Werfenweng in Austria and forms a perfectly aligned reflection of himself 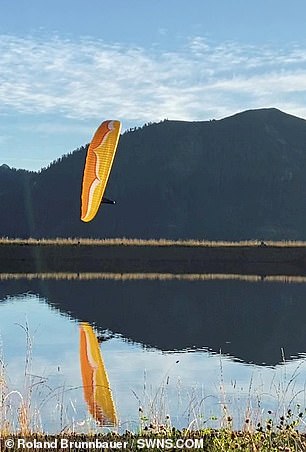 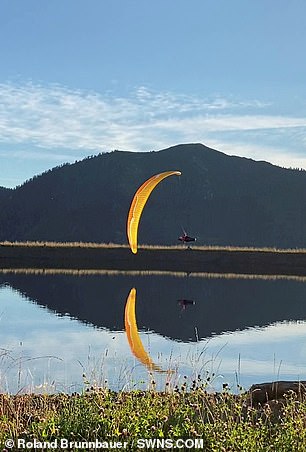 During the clip, which was filmed by fellow pilot Roland Brunnbauer on September 5, the paraglider swirls over the lake and carefully manoeuvres his equipment so that he and his reflection are in perfect symmetry.

He then lightly touches the water with the tip of his wing before landing in the lake.

He said they had camped overnight on Mount Bischling, which at 6,017ft high is a popular spot for paragliders and hang-gliders.

He added: ‘We had about six pilots and started with our gliders from our sleeping place in 15-minute intervals.

‘Everybody tried to do a spiral and touch the water with the wing tip. It looks easier than it is. 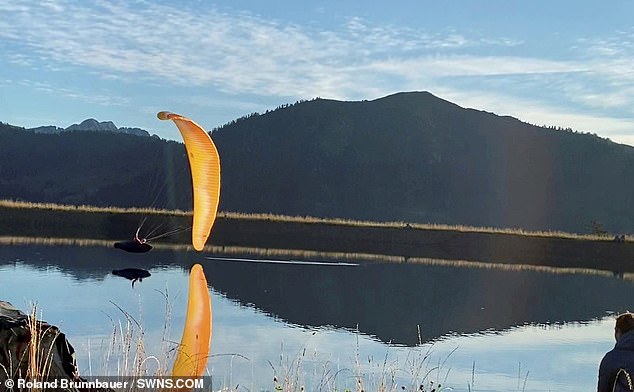 The paraglider, who was filmed by fellow pilot Roland Brunnbauer on September 5, touches the lake with the tip of his wing 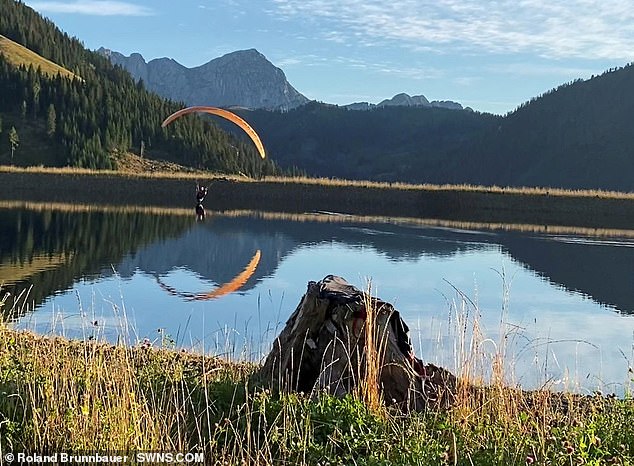 He said the stunt went perfectly for him, including the wing touch on the water.

Mr Eichholzer added: ‘My focus right after the wing touch was to swim as fast as possible to the bank. The water was quite cold.

‘If I entangled with the lines of the glider, it would be really dangerous! It was worth the effort and risk.’