A VAIN couple have been slammed for pushing their toddler out of the way to get a better pic of themselves at Disney World.

The video, shared on TikTok yesterday, shows the young parents posing for a photo in the Star Wars: Galaxy’s Edge section of Disney World's Hollywood Studios. 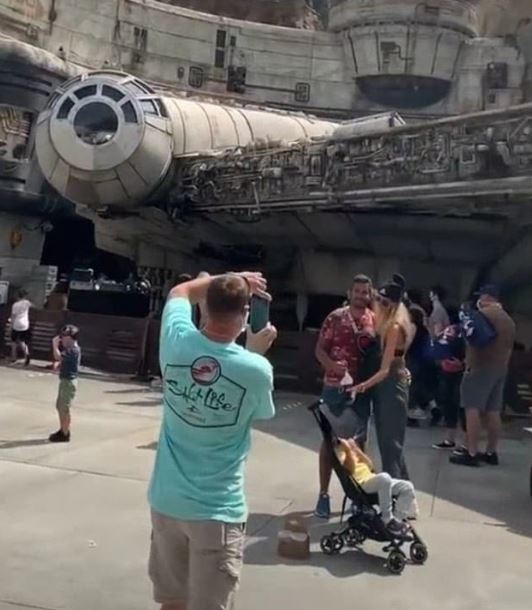 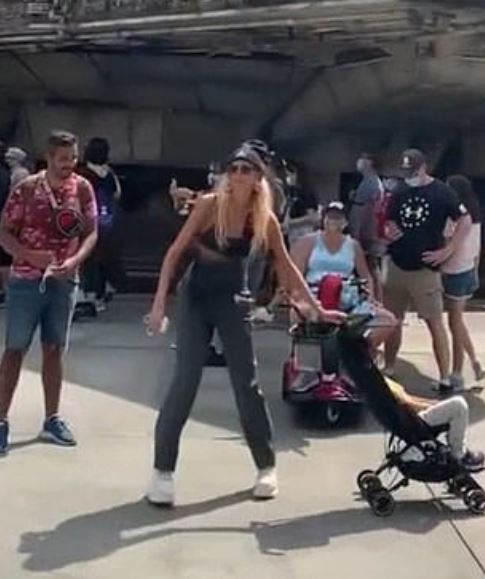 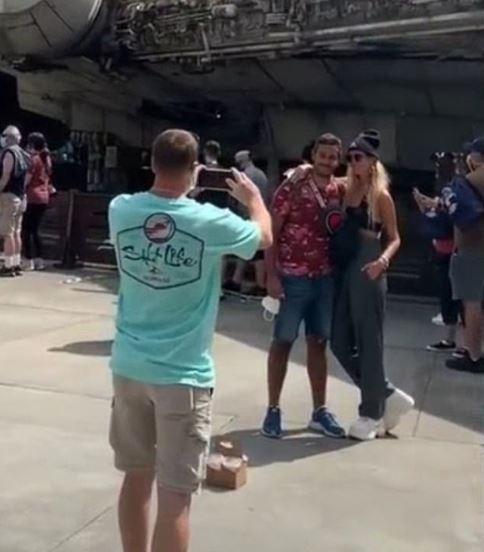 When the couple realise their crying child's pram will be in the shot, the mum wheels him off and returns to her partner to smile for the photo.

The short clip was posted on TikTok account Influencers in the Wild – which documents the lengths influencers go to in order to get the perfect photos for their social media accounts.

When the clip starts, the couple are seen posing for a stranger with their phone several metres away.

The kid is seen sobbing in the pram just in front of them with his fists over his face.

Dressing in baggy pants and a crop top with a black beanie hat, the mum pauses her pose, takes hold of the black pram and pushes it several metres off to the side to make sure the distressed kid isn't in the shot.

The mum returns to her denim-shorts clad partner and, ignoring the child, she puts her arm back around him to get the perfect photo.

Off-camera, someone can be heard laughing and commenting: "They moved the kid out of the way." 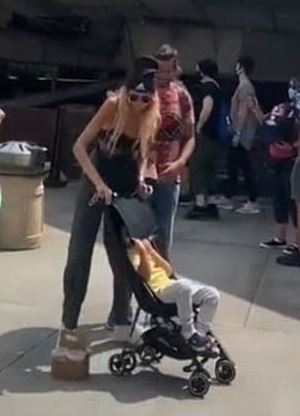 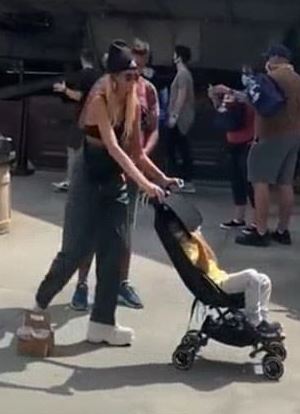 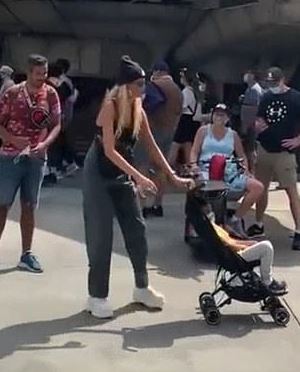 The snubbing of the little one sparked a furious reaction online.

According to the Daily Mail, many have slammed the parents for their vain actions in the now-deleted video footage, with one insisting there "should be a license to breed".

"They really said 'it don't fit our aesthetic'," one social media user said.

"I think the issue is just how FAR she pushed them away… in a crowd of people lol. Not even off to the side/out of the way," another said.

"Their child could have been kidnapped & they wouldn't have noticed for 3-5 minutes w/all that stupid posing," a third wrote.

"It's not that she wanted a pic of just them. It's how she just kinda pushed kid off to the side and ignored him/her crying," another comment said.

Some were more concerned about the couple taking of their face masks amid the pandemic – which Disney tells visitors not to do.

But some just didn't see the problem with the treatment of the child, suggesting it was perfectly reasonable for the parents to want to take a pic of just themselves.

"Yassss queen! As you should! I have two kids. I know what it's like," one woman said.

"He was ruining the pic anyways," another joked.