Paula and Randy are back! See pics from their return to 'American Idol'

The "American Idol" originals are coming back!

In honor of the singing competition's milestone 20th season, a number of winners, high-profile competitors and judges are stepping back onto the stage next week.

The event is being called "The Great Idol Reunion," and is set to air Monday, May 2, on ABC. 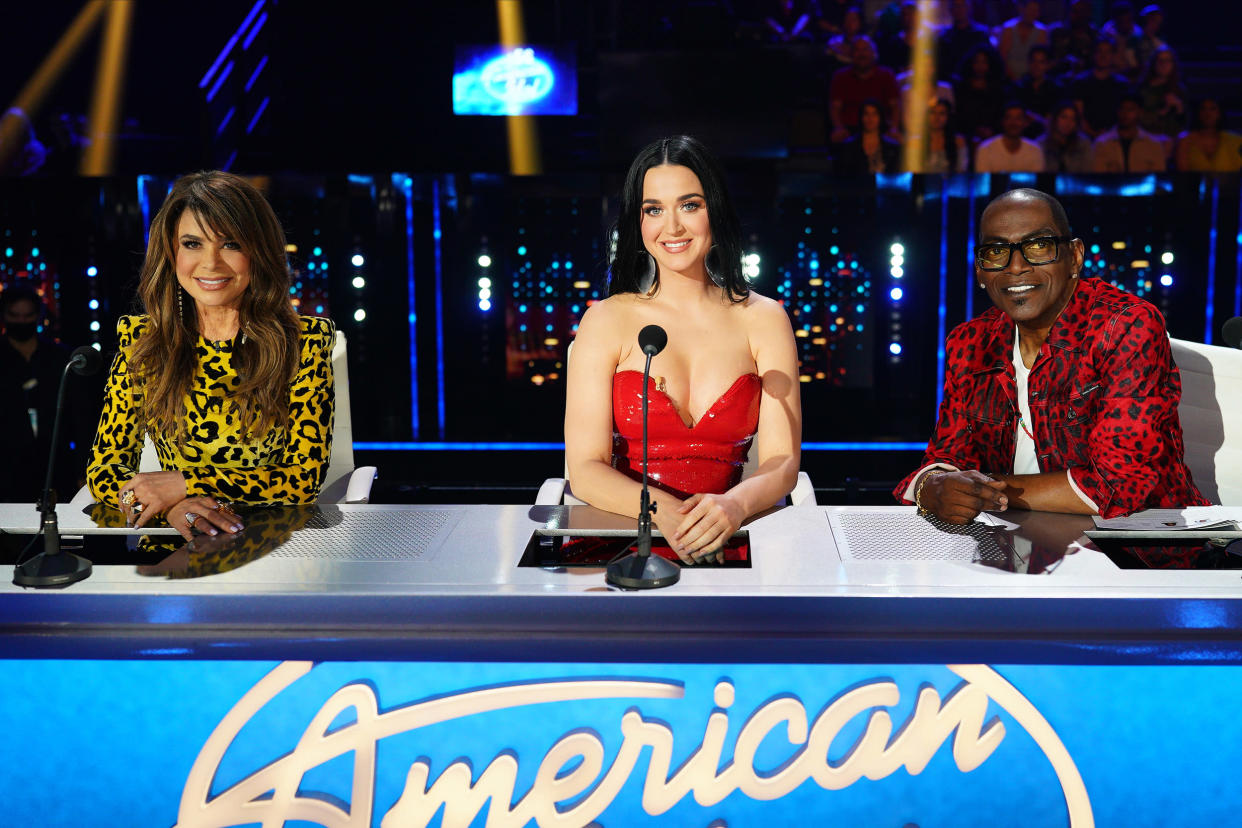 Second-season winner Studdard will sing with sixth-season winner Sparks, according to a recent Deadline report. Runner-up Alaina (Season 10) is set to sing with that season's winner, McCreery.

Seventh-season winner Cook will pair with Season 8 winner Allen; Season 17 winner Hardy and Top 5 finisher from that season Booth are a team, and Season 16 winner Poppe will sing with that season's runner-up, Hutchinson. Season 19 contestants Spence and Kinstler will also team up.

"American Idol" originally aired on Fox from 2002-16, spawning winners in Kelly Clarkson and Carrie Underwood and finalists like Jennifer Hudson and Adam Lambert. ABC revived the series starting in 2018.

Executive producer Megan Michaels Wolflick told Deadline, "It’s a testament to this show’s incredible legacy that we are able to celebrate 20 years of 'American Idol' in this extraordinary way. We are so thrilled to welcome back some of our most beloved alumni from over the years to reunite on the 'Idol' stage. 'American Idol' continues to create superstars just as it has done since 2002 and bringing back these Idol Icons is the perfect way to herald the next generation."