‘People think it’s all over up here, but it’s not’: Flood volunteer’s stark message

For decades, Kerrie Gray has been a friendly face for those in their hour of need.

When she began volunteering with the Red Cross in the 1980s, she was one of the first faces Vietnamese and Polish refugees saw when they touched down at Sydney International Airport. 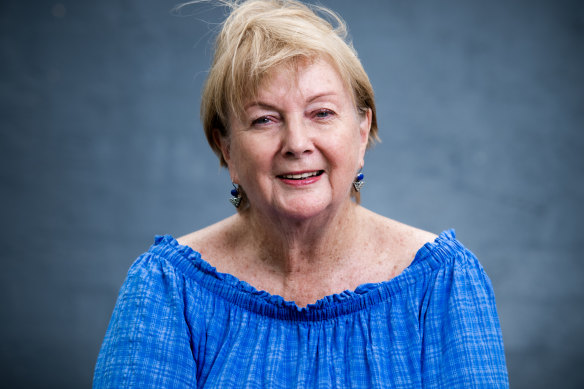 Kerrie Gray, OAM, has been recognised for her service to the Northern Rivers community.Credit:Elise Derwin

She was there for communities in northern NSW after the devastating bushfires of 2019. When flash flooding hit the communities surrounding her home town of Alstonville in early 2022, she helped run evacuation centres a stone’s throw from her own home.

“Our job is to listen … not to judge, and people can see that,” she said. “People tend to trust you more than they might, say, someone in a uniform.”

Gray is one of 1047 Australians recognised on the 2023 Australia Day Honours list, receiving a Medal of the Order of Australia (OAM) for her contribution to the Northern Rivers community.

She started volunteering with the Red Cross in 1981 when a friend asked if she could spare a few hours to welcome refugees. That soon progressed to helping children from the Pacific Islands who were in line for specialised surgery.

Her work as an agricultural researcher eventually took her to the Northern Rivers, where it didn’t take long for her to fall in love with the green, rolling hills and form ties within the tight-knit community.

“The people are very caring. It’s not as rushed and as impersonal as a city can be,” she said.

She quickly built relationships with local community groups and emergency services, which have been called upon all too frequently in the past four years.

When fires hit communities in the nearby Richmond Valley in 2019, Gray helped run community shelters and coordinate the recovery effort. She was on the frontlines again with community support during COVID-19, but her limits were tested during the Northern Rivers floods last year, when Alstonville was cut off and volunteers scrambled to help neighbours in communities devastated by floodwater. 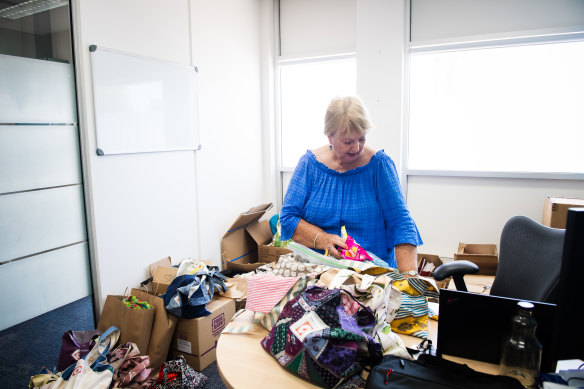 “In both fires and floods, the communities really stepped up,” she said. “A lot of groups came together outside the normal emergency network that we have because it was just so large, and there just weren’t enough volunteers in any of the organisations.”

The lack of accommodation for flood victims kept the evacuation centres busy and delayed the recovery. One year on, the scars of the traumatic floods can still be seen, and Gray considers her work far from done.

“Unfortunately, you can’t fix something this big in a short time,” she said. “A lot of people think it’s all over up here, but it’s not.”

Gray admits there is a delicate balance between caring for those who have lost everything and “knowing when to take a break”.

Ultimately, she says she gets more out of volunteering than she puts into it and gratefully accepted her OAM on behalf of her wider volunteering community in the Northern Rivers.

“We don’t do what we do on our own, there’s a whole team around us that supports us.”

The number of women receiving Order of Australia honours has risen in recent years, although some advocacy groups say it is still not enough. Women accounted for 48 per cent of those receiving honours on Australia Day, the highest proportion of female recipients since the introduction of the Australian honours system in 1975.

The awards also recognised 77 Australians for their contribution to Australia’s response to the COVID-19 pandemic, while 45 per cent of the awards were given for service to local communities.

Governor-General David Hurley said it was important the awards reflected the diversity of the community.

“It is encouraging to see an increase in diversity in the Order of Australia,” he said. “They’re almost always humble to a fault, but I urge recipients, for today, to put aside that humility – it’s important they know how much they are valued.”