Pictured: Boy, three, who was knocked down and killed by a Tesco delivery van while playing on his skateboard in a quiet cul-de-sac

The family of a three-year-old boy who was killed after being knocked down by a Tesco delivery van have paid an emotional tribute to him.

Callan Hornegold was playing outside on a skateboard in a quiet cul-de-sac in Oxted, Surrey when he was hit by the van last Sunday morning.

Despite the best efforts of medical teams, he was pronounced dead at 12.05pm.

His family, who are thought to have been at the scene at the time, have now paid tribute to Callan, describing him as ‘our beautifully wild, loving and funny little boy’. 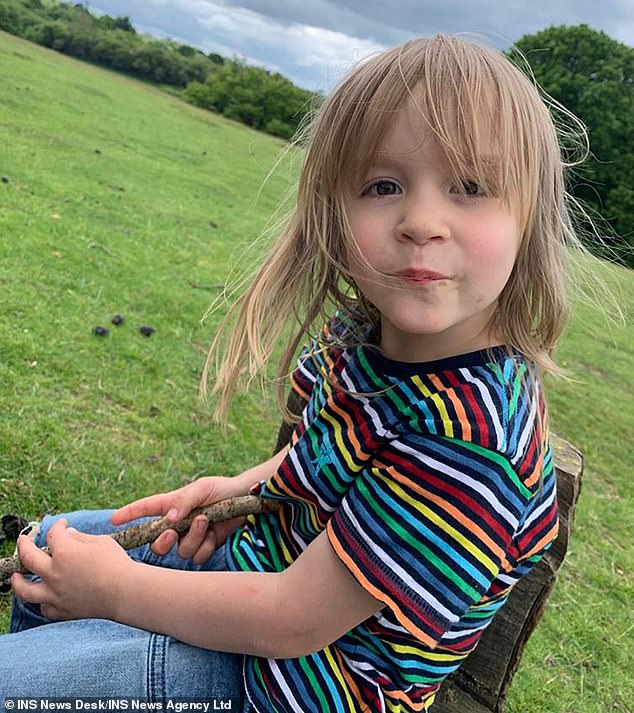 Callan Hornegold, three, was playing on a skateboard in a quiet street when he was hit and killed by a van

A police spokesman said ambulance crews and an air ambulance rushed to the scene where they found the boy gravely injured.

Paramedics carried out lifesaving measures at North East Surrey Hospital in Redhill, Surrey but were unable to save Callan.

He is thought to have been near his home when he was hit by the van and it is not yet known whether the driver remained at the scene.

Paying tribute to Callan in a statement, his family said: ‘On Sunday afternoon, our family suffered the most horrendous loss of our beautifully wild, loving and funny little boy. There are no words to begin to describe the pain that we are feeling.

‘We are extremely grateful for the outpouring of support and love that we have been shown, and are so thankful for the efforts of all the paramedics and medical staff who did their very best for our boy. 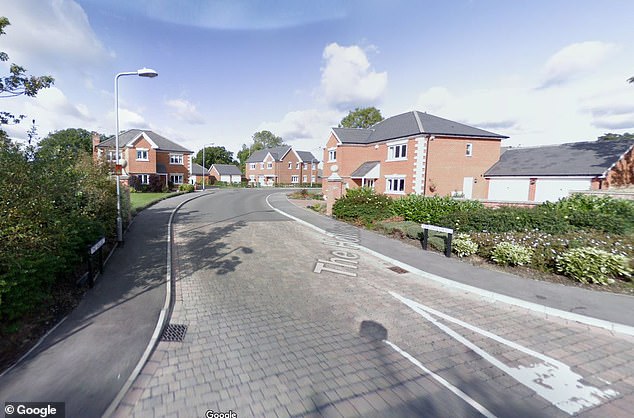 The child was knocked down by a white Mercedes Sprinter box van in Oxted, Surrey, last Sunday morning 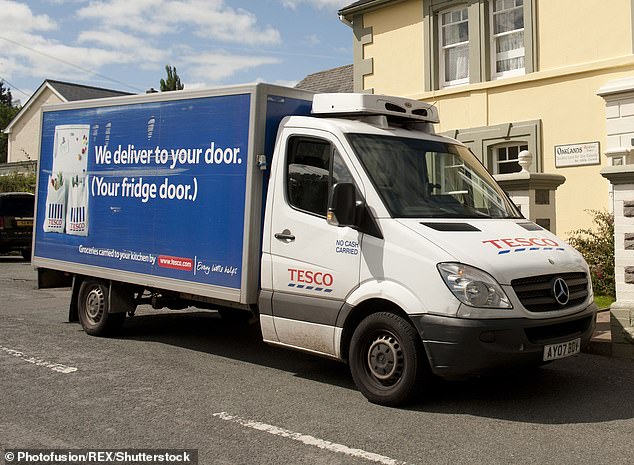 ‘We have a very long road ahead of us and respectfully request that we are allowed to quietly grieve alone.’

A spokesman for Surrey Police said: ‘We are continuing our investigation following a collision in Oxted on Sunday June 2, in which a three-year-old child, who has been formally identified as Callan Hornegold, sadly died.

‘We are appealing for anyone who saw what happened, or may have any dashcam or CCTV footage of the incident, to come forward as a matter of urgency. If you can help, please call us on 101, quoting incident reference PR/P19123167.’

A spokesman for Tesco said: ‘We are deeply shocked and devastated by this tragic incident and are currently doing everything we can to support the police with their investigation.’