Whether it’s wine and chocolates in a hotel room or a takeaway and a night on the sofa at home, millions of people around the world will celebrate Valentine’s Day today with special gestures for their loved ones.

But not so in some parts of Muslim-majority Indonesia, where celebrations and displays of affection were banned for violating the country’s ‘culture and ethics’.

Authorities in Makassar, on Sulawesi island, and Depok, near the capital Jakarta, both warned people against public shows of affection, while celebrations were also banned across the entirety of Sharia Law province Banda Aceh. 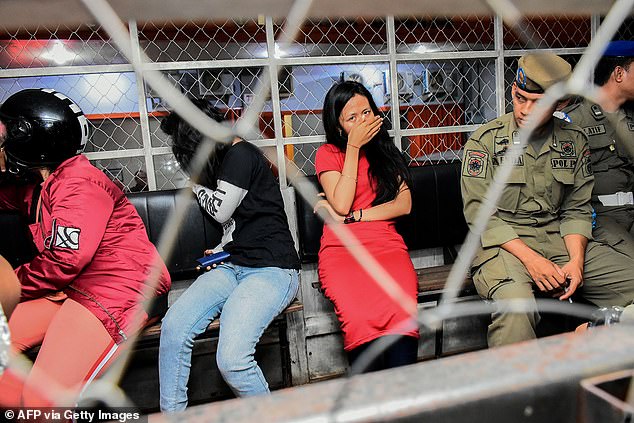 Two dozen ‘unmarried’ couples were arrested after police raided hotel rooms in Makassar, Indonesia, on Valentine’s Day in a crackdown on ‘immoral’ behaviour 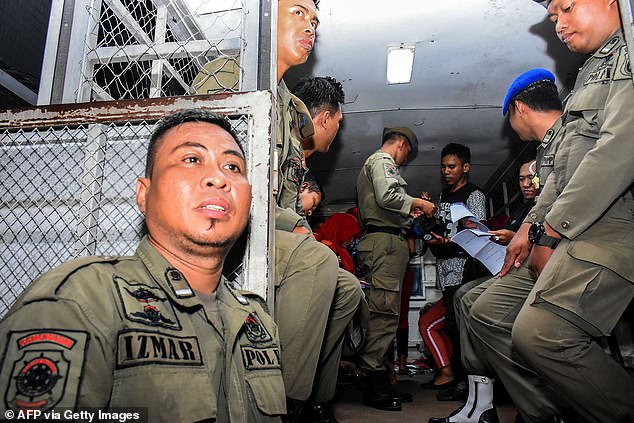 Those arrested included a German national who was given a stern lecture and released, while five alleged sex workers were sent to a rehabilitation centre

‘We caught the German with his Indonesian partner in a motel and they weren’t husband and wife so that’s why we arrested them,’ Iman Hud, head of the local public order office, told AFP.

The unlucky lovers were quickly released after a lecture about the evils of pre-marital sex, but five sex workers caught in the dragnet would be sent to a rehabilitation centre, he added.

‘These social illnesses must be prevented. We need to remind the public to uphold our culture and ethics,’ Hud said.

Makassar has also banned the open sale of condoms and applied strict age checks to make sure those buying them are over the age of consent – which is 16.

‘They’re not supposed to be displayed and sold openly, particularly near snacks for kids like chocolate.’ 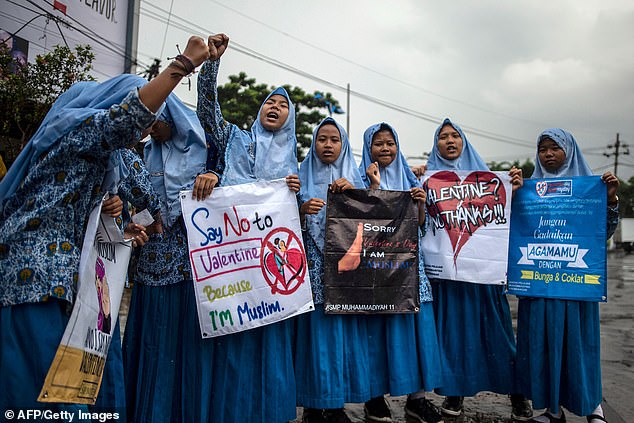 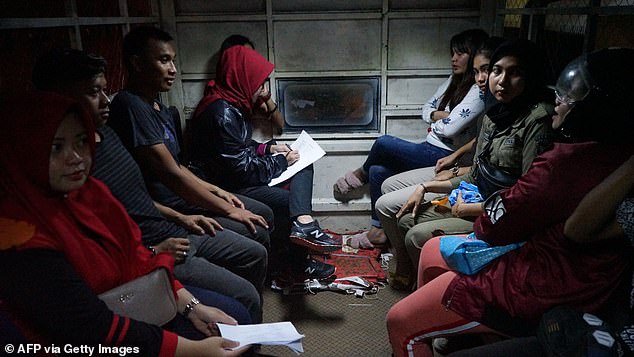 Makassar’s acting mayor Muhammad Iqbal Samad Suhae insisted the measures were necessary to prevent his city from being paralysed by rampant sex and drug use.

‘That’s when they are out of control and doing things which violate our norms and traditions, like consuming drugs and engaging in free sex.

‘We want to prevent that here.’

In Depok city administrators also warned students against any Valentine’s romance under threat of unspecified sanctions for violators.

But, just 15 miles away in Jakarta, restaurants and cafe’s openly displayed Valentine’s decorations – underlining the different attitudes held in different parts of the country.

Across the archipelago in conservative Aceh, the only region in Indonesia that imposes Sharia law, a government circular called for residents not to celebrate the romantic day and to report any violations.

The document also told restaurants, cafés and hotels not to provide space for celebrations and asked clerics to deliver speeches on the danger of Valentine’s Day.

The latest crackdown comes after the national government last year backed off a bill that would have made pre-marital sex illegal.