The identity of a mysterious skeleton found in Melbourne more than 15 years ago could finally be determined thanks to facial recognition technology.

The male skeleton was found with the remains of a purple scarf, Country Road pants and shoes near Mount Erin Road and Janesdell Avenue at Ferny Creek on March 18, 2006. 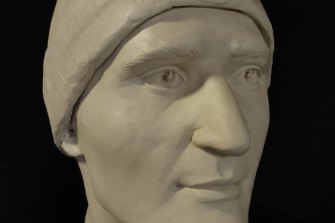 No other forms of identification were found, according to Victoria Police.

“With no DNA match or identifying features on the remains discovered in Ferny Creek, sadly we have been unable to provide the family and friends of the deceased closure,” Yarra Ranges Leading Senior Constable Danielle Fleming said.

However, the Victorian Institute of Forensic Medicine developed a reconstruction of what the man’s face would have looked like based on a CT scan of his skull.

Police hope a member of a community might recognise the man or have information that could help identify him.

“When a loved one goes missing, family and friends are thrust into an unimaginably emotional and frightening situation,” Fleming said.

A forensic anthropologist examined the remains after they were found and determined the body was a caucasian male, aged between 23 and 27 who was between 167 and 180 centimetres tall.

Police often work with partner agencies when remains cannot be identified after all other investigative options have been examined. 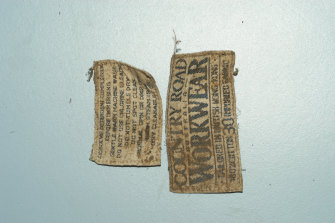 Labels found the clothing of remains at Ferny Creek.Credit:Victorian Institute of Medicine.

Anyone with information about the case is being urged to contact Crime Stoppers.