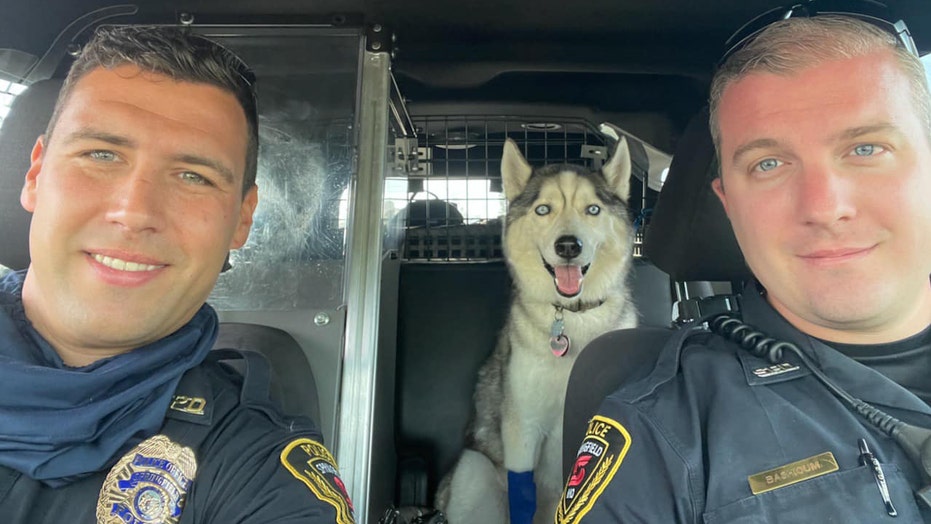 Missouri police officers cared for a dog that was found inside a hot car as they investigated the fatal shooting of its owner outside a Walmart Neighborhood Market on Wednesday, authorities said.

About an hour and a half into the shooting investigation, Springfield police got a call about a dog named Zeke that was left inside the victim’s car, the Springfield Police Department wrote on Facebook.

Officers found the door unlocked and removed Zeke from the hot car before taking him to a local veterinarian, police said. Officer Victoria Myers sat with Zeke sat as the pup waited to be admitted for the night. A Good Samaritan also donated $100 for Zeke’s care.

Officers again cared for Zeke the following day until he could be reunited with his family.

“This morning Officers Adamson and Bashioum picked up Zeke and took him to his regular vet where he is waiting to be picked up by family,” police said, adding that Zeke was “doing well.”

Police identified the shooting victim as Tanner L. Stichka. The suspect was identified as Robert D. Weiser, 45, of Bentonville, Ark., who has been booked in jail on suspicion of second-degree murder, according to KY3 Springfield.

No motive or details on the circumstances that led to the shooting have been released.