Student nurse, 25, who was raped in a park says police thought she had gone to meet her attacker because they found TINDER on her phone

The victim of a brutal rape claims officers thought she had gone to meet her attacker because they found Tinder on her phone.

Katie Johnston, 25, was raped in Aberdeen’s central Union Terrace Gardens in January 2016 before handing over her device to Police Scotland officers to assist their investigation.

But Katie, who has waived her right to lifelong anonymity to speak out, alleges because officers found dating app Tinder on her phone, they initially believed she could have gone to the park to meet someone for sex. 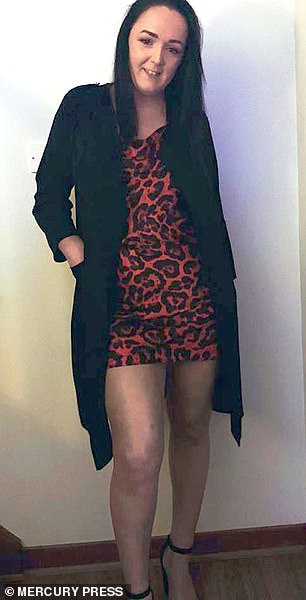 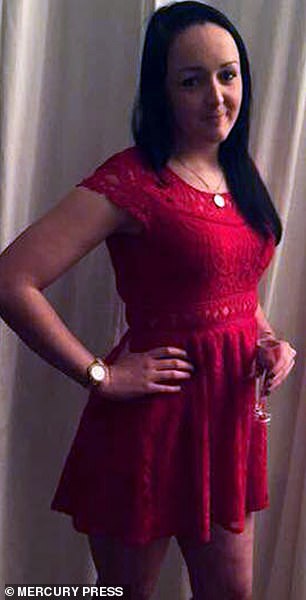 The student nurse, who was actually followed by her assailant into the park and never saw his face, has hit out at plans announced this week to make it compulsory for rape victims to hand over their phones to police or risk no further action being taken – saying they were akin to ‘treating victims as if they were suspects’.

Police Scotland said officers did not suggest to Katie she had gone to Union Terrace Gardens to meet someone and said their specially trained officers support all rape victims through the investigation process.

Katie, from Ayr, Scotland, said: ‘When officers first asked me if it was ok if they took my phone, they said it was down to me and my decision. 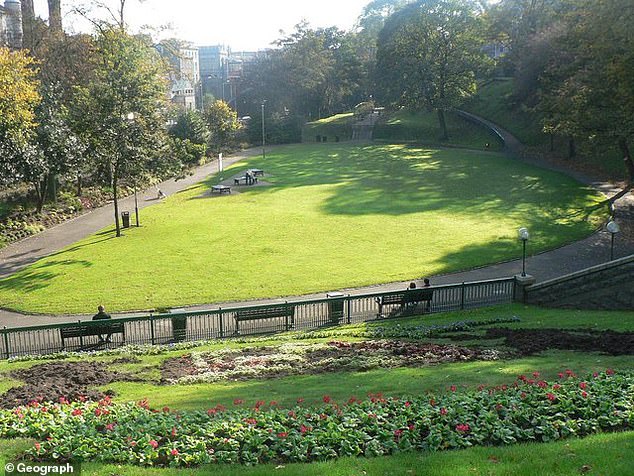 ‘They wanted to use certain chemicals to see if there were other fingerprints on my phone.

‘But because at the time I had Tinder, they initially thought I had gone there to meet someone.

‘It took two days of questioning for me to prove I wasn’t there to meet someone – at the start it was awful. These new plans made me put my head in my hands.

‘Victims are already scared about having to relive what happened to them when they speak to the police before having to go to court to relive it again, and now they are getting their possessions taken away too?

‘I think this will decrease rape convictions. It’s just another hurdle to justice – just another thing that might stop people coming forward. It is like victims are being treated as if they are a suspect.’

The new proposals, launched by the Director of Public Prosecutions, mean victims of certain crimes – including rape – will be asked to hand over their device to cops or risk no further action being taken.

‘Digital strip search’ of victims may be axed

Last week he National Police Chiefs Council (NPCC) launched a ‘consent form’ giving access to the phone data of people who claim to have been raped.

Its guidance tells victims they must hand over their mobiles or risk their attacker going free.

They are asked to hand over phones and other digital devices such as laptops, and warned: ‘If you refuse permission for the police to investigate, or for the prosecution to disclose material which would enable the defendant to have a fair trial, then it may not be possible for the investigation or prosecution to continue.’

The move is now under review and could be scrapped after it prompted an avalanche of criticism from MPs and victims who likened it to a ‘digital witch hunt’.

Former head of Scotland Yard Lord Hogan-Howe said it was a ‘backward step’ that would deter victims from coming forward.

The Centre for Women’s Justice argues the forms are unlawful as they breach data protection, human rights and equality laws.

The move came after numerous rape and sexual assault cases collapsed when important evidence emerged at a late stage in the process.

Katie’s attacker Alasdair McDonald was detained nine months after she was raped and jailed for 10 years after a trial at Glasgow’s High Court in January last year in which he admitted sexual assault but denied rape.

Katie handed over her phone to police because she was told fingerprints on it may lead police to her attacker, and knew she would never get it back.

She added: ‘I would have done anything to help them find my attacker, but handing over my phone meant it felt like I was put out of pocket for something that had happened to me. It was quite hard having officers go through my texts and everything.’

Police Scotland’s Inspector Sheila McDerment, who led the enquiry, said: ‘As is standard practice as part of rape investigations, the victim’s phone, and investigation into any social media platforms she had been using to communicate, formed part of enquiries.

‘The enquiry team cannot make assumptions and there was no suggestion from police that she had gone to Union Terrace Gardens with the intention of meeting someone.

‘We carried out painstaking enquiries over several months to establish the full set of circumstances surrounding this incident and there was nothing to suggest any contact between the victim in this case with the suspect or anyone else before the incident occurred.

‘We fully understand the investigation is a difficult process for victims to go through however we have specialist trained officers to assist with this and to make the process as easy as possible. 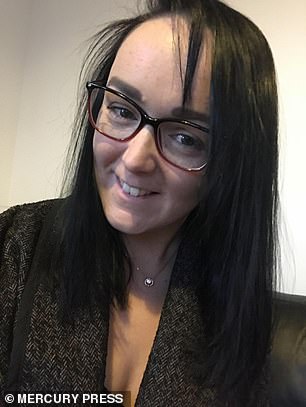 ‘We also signpost victims to support services which are available. Our focus was to ensure that the person responsible for this horrific crime was held responsible for his actions.’

Assistant Chief Constable Steve Johnson from Police Scotland said: ‘An increasing amount of crime is now committed either online or has a significant digital footprint.

‘This presents police with both challenges and evidential opportunities.

‘Police Scotland will only ever consider the forensic examination of a digital device if there is an evidential reason for doing so.

‘We would always consider this on a case by case basis and we will always take a victim-centred approach.

‘People’s concerns about police intrusion are understandable but our policy has not changed.

‘Police Scotland can only ever seek to access someone’s mobile phone if it is necessary and proportionate, if there is accountability and legal authority, and it is ethical.’