THIS is the moment a thug smacked a man with a pool cue before punching him to floor for moving his white ball.

CCTV footage shows the violent attack as other pubgoers appeared to carry on drinking. 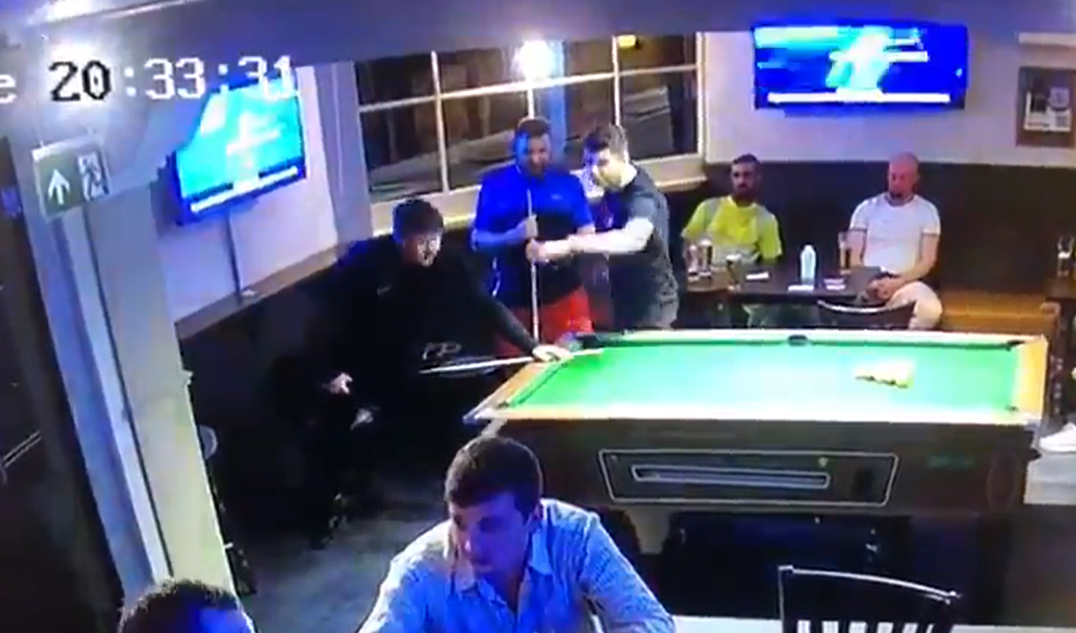 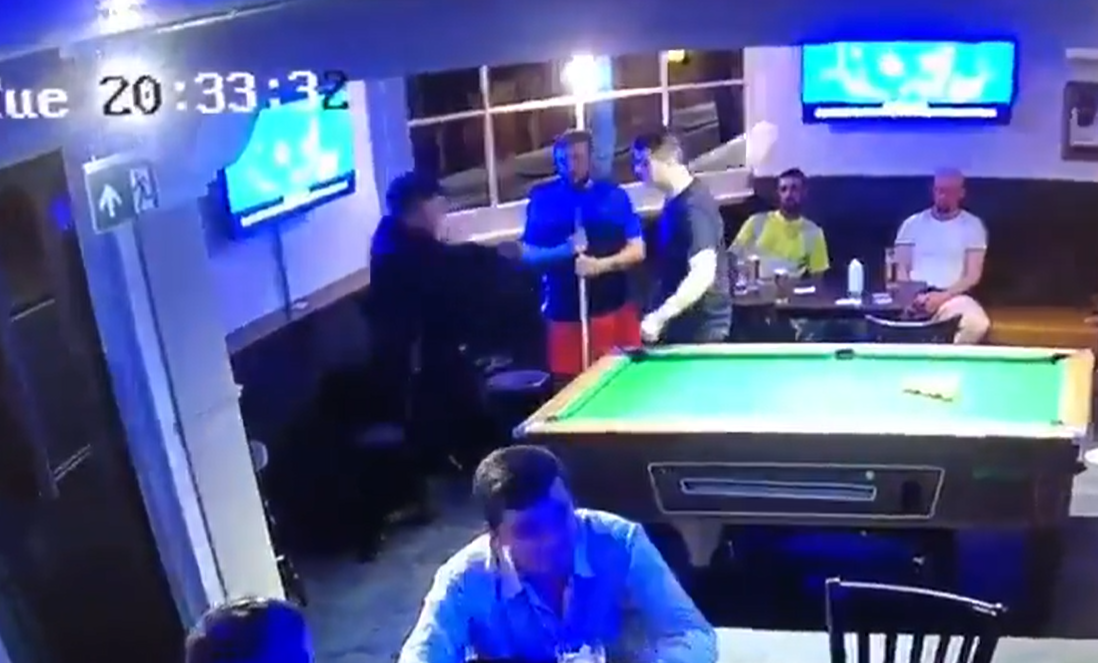 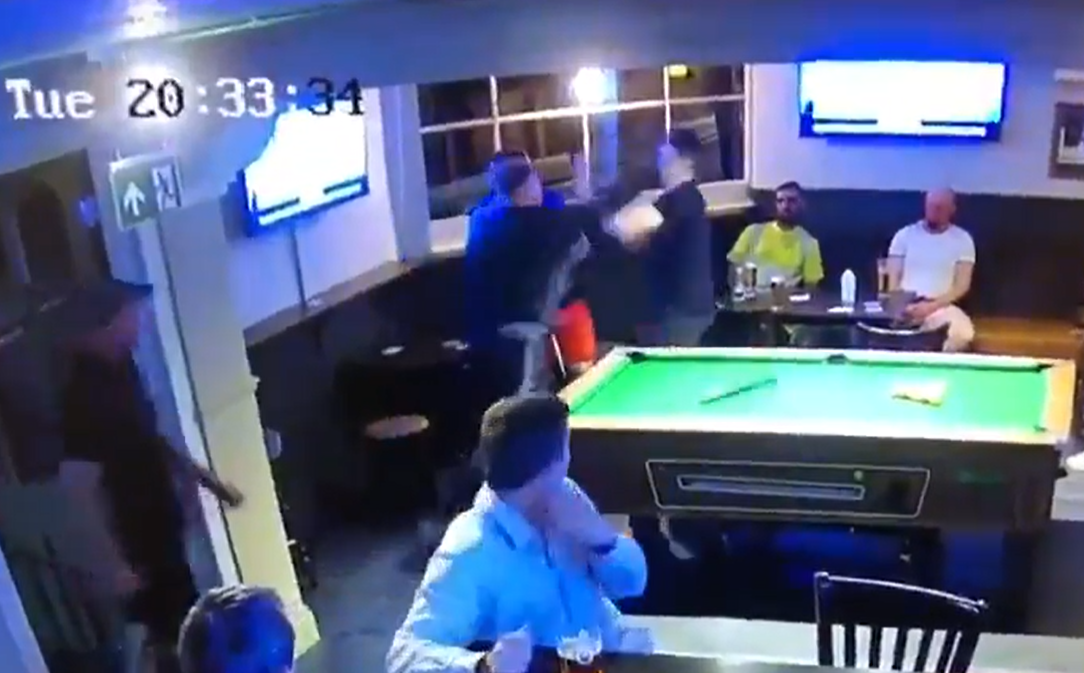 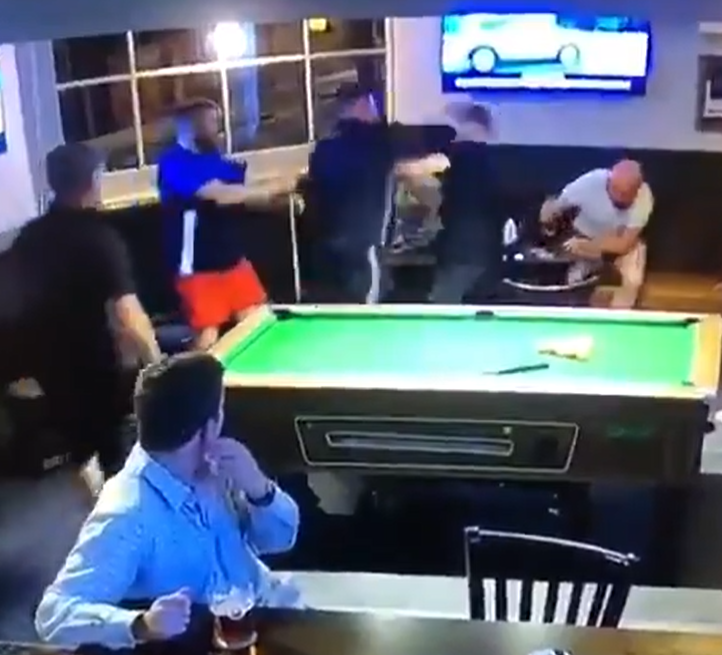 The clip starts with the brute setting up the table to play pool with a man in a blue shirt.

The man in the blue shirt is chatting to a man to the right of him as the thug finishes setting up the game.

Words appeared to be exchange by the thug and the man chatting to his opponent.

As the man leans over to hit the cue ball, the other man picks it up and tosses it over the table.

Violence then breaks out as the man smashes his head with the pool stick.

He then lands two punches on the him before knocking him to the floor and calmly walking away.

Boozers appeared to carry on as normal during the shocking scenes.

Shocking video of the fight which took place on Tuesday at an unknown boozer has gone viral.

The 44-second clip has been viewed over half a million times.

It was posted in a tweet with the message: “Never touch another man’s balls.”

One said: “The two lads in the foreground don’t bat an eyelid.

Another one wrote: “The two geezers at the bottom pretending nothings happening like: ‘Oh 100% Tarquin.

“‘This year's figures are through the roof and we've made a gross profit of £800,000, absolutely tremendous old chap."

Another added: “Love how these two just carry on drinking like nothing happened.”

One chimed in : “Respect to the two lads just carrying on sipping the pints as if nothing happened.”

Others commented on the brutality of the attack.

One said: “Oh dear.. obvious anger issues, highly likely he has previous judging by that reaction.

“But your honour, he threw my ball away.. porridge for that hard man.” 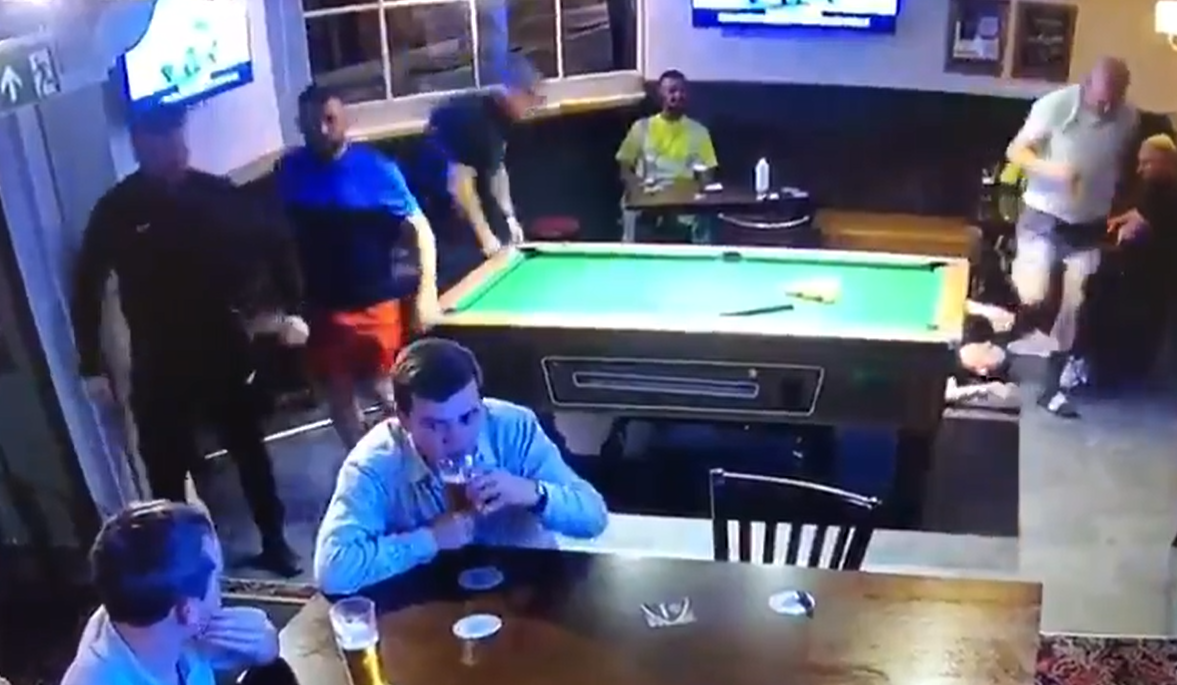 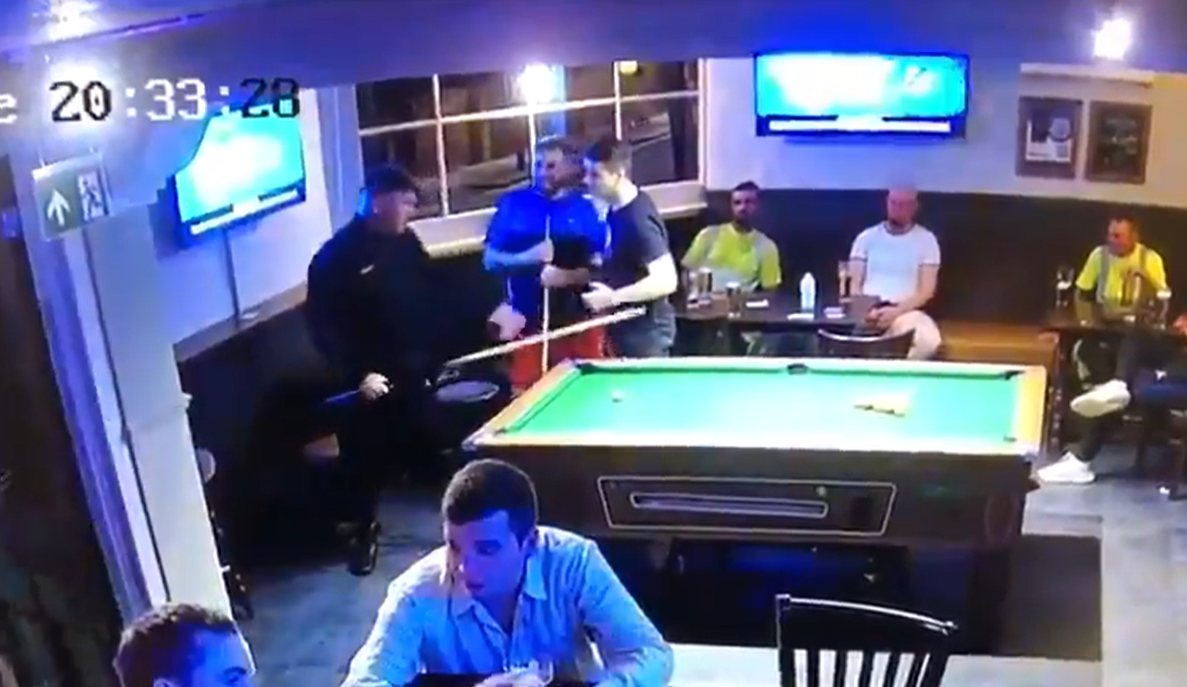