Prison officer, 25, smuggled iPhones for inmate she fell in love with

Prison officer, 25, is jailed after smuggling in iPhones for an inmate who she fell in love with

A prison officer has been jailed after smuggling iPhones into jail for an inmate she had fallen in love with.

Emma Johnson, 25, made thousands of pounds and discussed how much money she was making with serving prisoner Marcus Solomon.

In one message, when her lover asked her how much money they were making, the Johnson replied that they were ‘smashing it’.

She would also warn Solomon, 28, when prison staff would be carrying out cell searches to allow him to hide the contraband.

But the illegal activity was uncovered when a phone seized from an inmate was found to have Johnson’s number in it.

She was subsequently arrested, before analysis of her phone revealed extensive communication between herself and Solomon discussing the smuggling of phones for the prisoner to sell.

She was jailed for 15 months at Derby Crown Court today, while Solomon was handed a 13-month prison sentence. 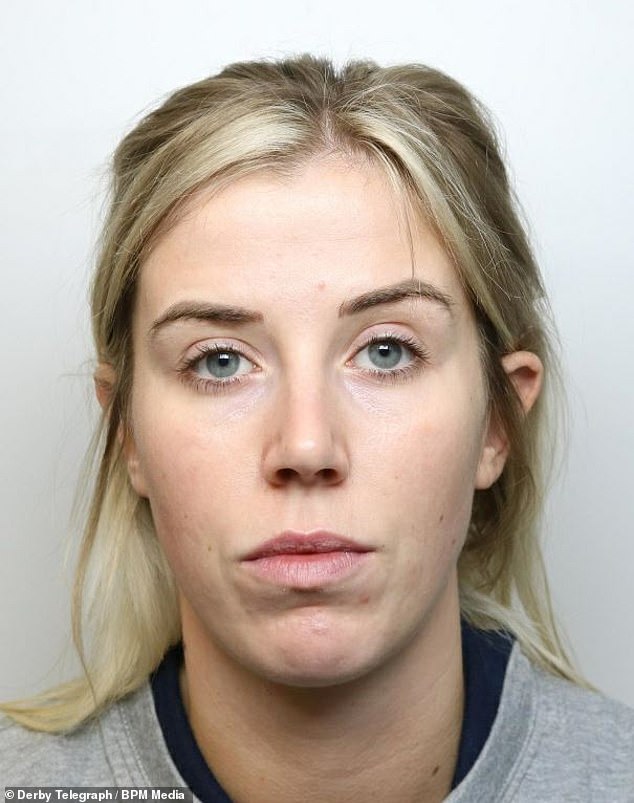 Emma Johnson, 25, made thousands of pounds and discussed how much money she was making with serving prisoner Marcus Solomon

Kate Temple-Mabe, prosecuting, earlier told the court that the pair had met when Johnson was working as a senior prison officer at HMP Sudbury, Derbyshire, where Solomon was a serving prisoner in the summer of 2020.

But Solomon was subsequently moved to HMP Ranby in Nottinghamshire following concerns they were ‘spending excessive amounts of time together’.

The court heard that, after his move, further concerns arose that Johnson was spending time with different inmate, who was found to have a mobile phone in his cell.

Ms Temple-Mabe said: ‘That was seized and on it was saved a number which was Miss Johnson’s.

‘She was arrested, her phone was seized and there was excessive communication between her and Mr Solomon and it was evident there was a conspiracy between them and people unknown to convey mobile phones for Mr Solomon to sell inside.

‘Money was going into a bank account belonging to Miss Johnson and there were messages in which she talked of buying and picking up three iPhone 5s and two iPhone 6s.

‘There was one message about money going into her account in which she said ”okay, just let me know so I can move it into a different account’.’

The prosecutor said that, during July 2020, there were more messages in which Johnson and Solomon discussed how much money they were making and how many phones and chargers they were selling.

She added: ‘In one of them she said to him ‘we are smashing it’. It is difficult to imagine a more fundamental breach of duty.

‘Prison officers are tasked with maintaining order in a prison (so) bringing articles into prison is a serious breach of that responsibility.’ 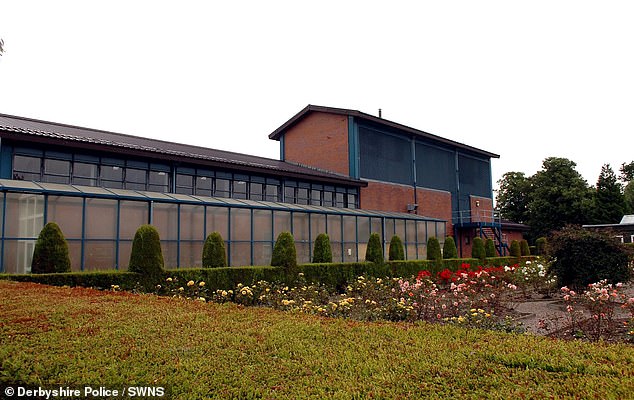 Passing sentence, Judge Jonathan Bennett told Johnson: ‘I accept you fell in love with your co-conspirator but prison officers do their public service with pride and when that trust is fundamentally abused like this it is essential those found guilty receive a punishment to deter others.

‘Mobile phones in prison are sadly used to enable (those inside) to carry on their criminal activities, facilitate the movement of drugs and for witness intimidation and that is why Parliament made it a criminal offence.

‘This was not just one or two mobile phones going into prison, it was a significant amount.’

Brett Weaver, representing Johnson, had told the court in mitigation that she believed her relationship with the prisoner to be ‘genuine’.

He said: ‘To a large extent she was blinded what she believed was a genuine relationship with Mr Solomon, she did not stop to think about the consequences.’

But Judge Bennett added: ‘But there are other messages in June (2020) where she says to him ‘better get grafting and get them sold’ and she was warning him about when there were going to be cell searches.’

Mr Weaver replied: ‘Plainly it’s two-way traffic. There was an element of burying her head in the sand.

‘She lost her job, found work in a school and lost that job when she pleaded guilty to these charges.

‘She now works selling cars, lives at home with her mother who she describes as being ‘distraught’.’

Alaric Walmsley, for Solomon, 28, of Overbury Road, Northfield, Birmingham, said his client is now with a new partner, has a baby and another child on the way early next year.