Jails in England and Wales are put on immediate coronavirus lockdown with all visits cancelled and prisoners only allowed access to showers, phones and exercise

Prisons in England and Wales have been put on immediate lockdown to prevent further spread of the coronavirus.

Inmates at all public sector jails will only be allowed out of their cells to take showers, make phone calls and do exercise.

All visits from family and friends have been cancelled, but prisoners due to appear in court will be allowed to go unless the courts’ service says otherwise, the prisons’ trade union said today.

Prisoners will also be expected to observe social distancing measures, keeping six feet apart from one another wherever possible.

Those who usually carry out kitchen, cleaning and laundry work will be allowed to continue, according to the POA (Prison Officers’ Association). 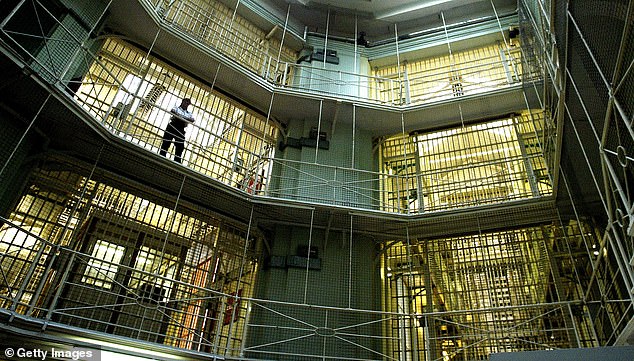 Prisons in England and Wales have been put on immediate lockdown to prevent further spread of the coronavirus. Pictured: Inside HMP Pentonville in London

The prisons’ union said it ‘praised the decision of the Secretary of State for Justice and the Director of Public Sector Prisons for their decision to place Prisons in England and Wales on immediate lockdown’.

The first case of a prisoner being infected with COVID-19 was at HMP Manchester last Wednesday.

On Thursday it was revealed that two inmates at HMP Kilmarnock in Scotland also tested positive for the virus.

Today it was revealed that a prisoner at Britain’s largest prison, HMP Oakwood, has contracted coronavirus,

The inmate at the all-male Category C jail in Staffordshire had been self-isolating since Tuesday, before a test result confirmed his status on Saturday.

John Whitwam, managing director of G4S custodial and detention services, said: ‘We have confirmed one case of coronavirus at HMP Oakwood.

‘The health and safety of our staff and the people in our care is our top priority and we have existing, well-developed policies and procedures in place to manage outbreaks of infectious diseases.

‘We are in regular discussion with Public Health England and following their guidance.

‘The person concerned had already been self-isolating since Tuesday, in accordance with national guidance, and will remain in isolation and in regular consultation with our on-site health professionals. His family have been contacted and will be kept up-to-date.’

At the end of last week nearly 1,000 prison officers were self-isolating after developing symptoms or coming into contact with someone who had.

It was reported that cell searches and drug tests for inmates could be scrapped due to staff shortages.

Former chief inspector of prisons Nick Hardwick called for low-risk prisoners with short sentences to be released to ease pressure on the system.

Trials expected to last more than three days have been postponed, despite nearly 33,000 criminal cases currently due to be heard by crown courts, according to the most recent figures.

The Ministry of Justice has been contacted for comment. 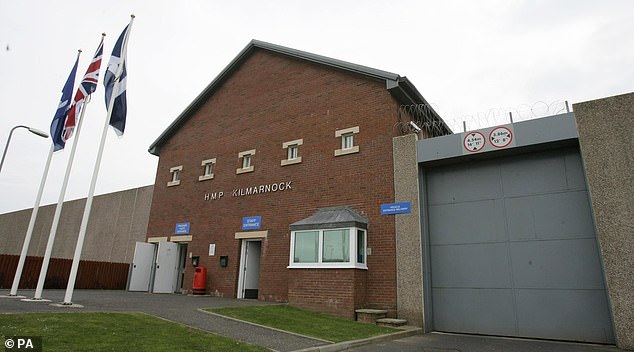